Why do so many pregnant women turn to cannabis?

Using cannabis while pregnant is a controversial topic, with self-professed experts on both sides of the fence. Some say it’s fine in moderation, and others claim it’s best to wait until after the birth, while just as many are firm believers in quitting entirely until an infant is done nursing. Enthusiasts tend to err on the side of complete freedom, swearing that the only thing that kept them sane/comfortable was the sweet, sweet release of Mary Jane.

The problem is that in all of those responses, there is very rarely an individual situation being taken into account rather than a moral or health-based quandary, which is why it’s first so important for us to recognize some of the many reasons why so many women turn to cannabis during this time.

Childbirth is painful, but so is the process of growing a tiny human. It stretched the body to its limits, so much that it’s not uncommon to be left with permanent damage/scarring, and it hurts. Sometimes it’s the aches of pressure. Other times it’s the strong kicks from our babies that send us into a flurry of searing sensations that are hard to breathe through. It’s also not uncommon for inflammation to cause the joints to ache and the spine to feel like it’s on fire, and there are very few things pregnant women can use to get relief.

Being pregnant has its ups and downs. In the beginning, we’re usually glowing with new life and a renewed sense of purpose, but as the stomach expands, even if it doesn’t hurt, the constant pressure of a human being sitting on your bladder is less than comforting and incredibly distracting. With help from cannabis, many mothers are able to ignore these uncomfortable sensations, which allows them to get back to work and life while preparing for a new arrival.

Many women experience agitation during pregnancy, and it’s not always mood, pain, or discomfort-related. In some cases, hormones leave us far more sensitive to touch, and not all ladies like the enhanced feeling. For many, it can get so bad that simply sitting too close to their partner can be too agitating to handle, forcing a wedge into what should be the ideal bonding time between parents, and for that reason alone, quite a few look to cannabis.

Hormonal changes are abrupt during pregnancy, and though not all women experience dramatic mood swings or patterns of depression, far too many do, and so they go looking for solutions that will help to get them through. Crying uncontrollably or being quick to anger aren’t ignorable patterns of behavior, especially when you want/need to interact with other humans, and that can really get in the way of life.

The dreaded morning sickness, which most women know is actually morning, afternoon, nighttime, and really any time sickness, is an awful plight. It can come on hard and strong at any given time and make regular everyday tasks far more difficult to do. When women can’t take time off work or leave from pre-existing children, it can be hard to keep up with it all, as nausea drags you down. Cannabis can truly ease this symptom, for some eliminating it entirely, allowing them to get back to living at minimal expense.

You might think that a growing human would always demand to be fed, and that is true to a certain extent, as they’ll always take what they need to thrive, even when mom is having trouble eating enough calories to fully sustain everyone. Nausea, stress, pain, and anxiety are all things that can get in the way of a healthy appetite, but in some cases, it happens with seemingly no cause at all beyond the obvious. Cannabis, as even men know, is notorious for boosting appetite, so it makes sense that so many women would use it at a time like this.

The sheer idea of being pregnant is stressful enough, so when the time has finally arrived, it only makes sense that those dreaded feelings would continue and, in some cases, grow into something that gets in the way of everyday life. Stress can make it hard to eat, sleep, and focus on the things that really matter like coming up with the perfect name or setting up the nursery, and sometimes all it takes is a few puffs of cannabis to melt it all away.

Anxiety and stress often go hand in hand as a debilitating duo that wreaks havoc on the body and mind. It can cause almost all of the symptoms we’ve discussed here today, and it’s not a good feeling. When the whole world feels like it’s closing in and you’re looking for a way out, there isn’t much else that sounds better than a few hits of cannabis, and it really can help.

For all of the symptoms on this list, there is a wide range of doctor-prescribed solutions that can provide at least some level of relief. However, not everyone trusts these options for a variety of reasons. Some fear the possible side effects in utero, and quite a few just don’t trust the pharmaceutical establishment based on far too many mistakes made in the past. Most just don’t like the idea of taking any real medication while pregnant, regardless of how safe they might be. Cannabis can be controlled and grow, while pharmaceuticals give users zero control over the process, and that’s enough to make a lot of expecting women uneasy.

No matter the reason, you can’t argue with the results that millions of women report while using cannabis and being pregnant. When something works, it’s hard to look past instant relief to see any possible issues that could arise down the line. All these ladies want is to feel better, and you can’t blame them for opting for plant-based treatment when they know it works for them.

So, can you smoke weed while pregnant?

Right now, most physicians advise against the use of cannabis during pregnancy and breastfeeding because we really don’t know the truth about how smoking weed while pregnant might impact infants, be it immediately or later on in life. However, all things have risks including some of the many pharmaceutical medicines that are prescribed to pregnant women every single day. The most important thing is for each person to weigh the pros and cons of all options before making what could be a life-altering decision. 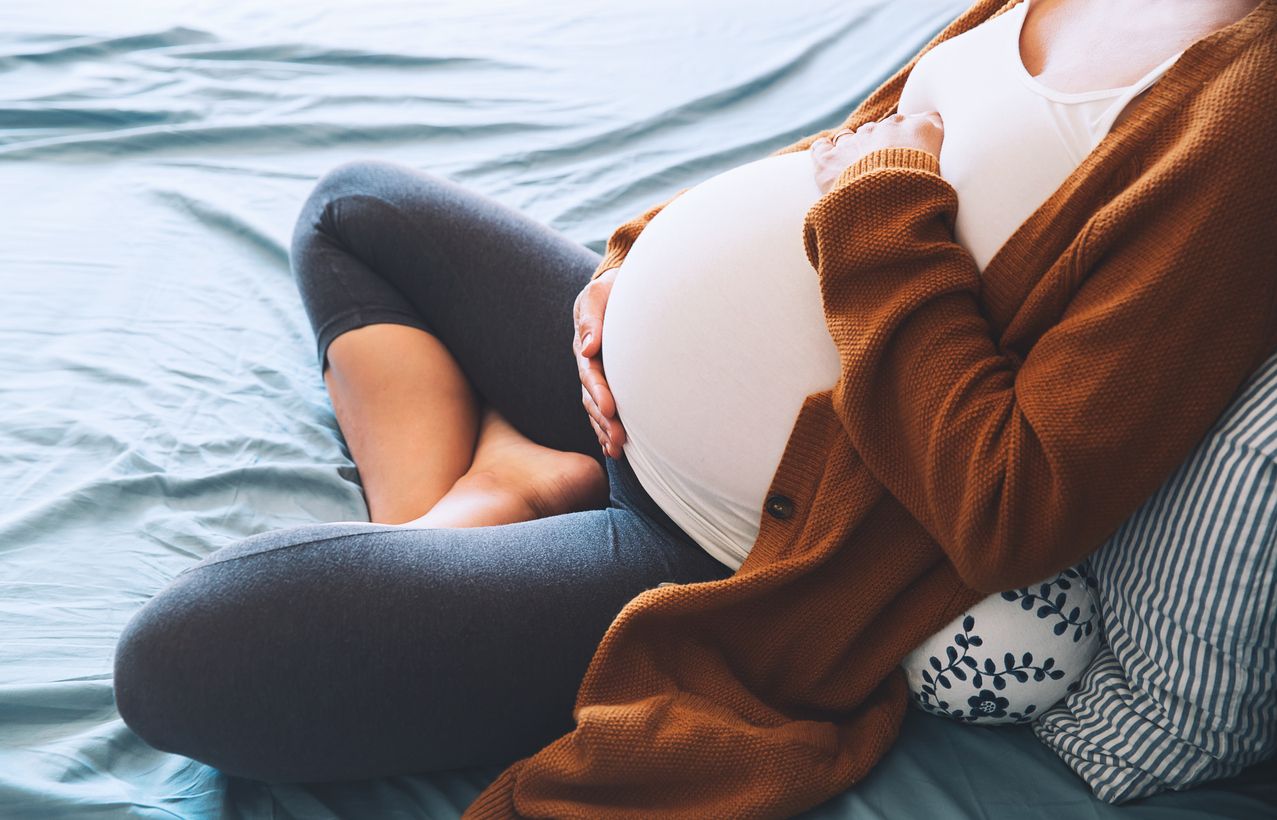 Is it possible to protect your baby from THC during pregnancy?

Smoking weed while pregnant is a highly debated subject as of late, which has researchers all over the globe looking into the issue...