What can happen when you use too much cannabis

We’ve all been there. Whether it was an edible that was just a little bit too strong, or simply too many joints at the end of a long day, too much cannabis is something that most consumers will experience at one point or another. Though most of the time, an intense buzz is something that wears off relatively quickly, it can defiantly put a damper on your mood, plans, and overall well-being if you overindulge.

How high is too high?

For some cannabis enthusiasts, there is no such thing as too high, but that’s really only true for well-seasoned stoners who have built a tolerance to THC over time. Anyone who only partakes infrequently will be liable to feel uncomfortable, overwhelmed, and just plain sick if they happen to overdo it, and it doesn’t take long for these intense sensations to kick in, so it’s important to know what to expect just in case it ever happens to you.

The adverse effects of using too much weed

The potential adverse effects of cannabis are vast and vary from person to person. Some are more susceptible to specific sensations such as nausea or dizziness, while others just feel far too lazy to leave the comfort of their couch, but a rare few can feel things like intense bouts of anxiety, paranoia, fear, and in some cases even mild hallucinations. These are not relaxing, euphoric, or tingling sensations that are often associated with smoking cannabis, they are much different, and something that no consumer wants to have to experience.

Can you overdose on cannabis?

The sheer amount of cannabis that you would require to meet true toxic levels that could put your health or safety at risk is impossible to consume, so the answer to this question depends on your definition of an overdose. We tend to view an overdose as something that man-made drugs can cause, where the user is reduced to an unconscious state that results in seizures, hospitalization, and in many cases, death, but there are many within the cannabis community who feel that an overdose is exactly how it sounds; An amount that is over the preferred dosing leading to undesirable effects.

So yes, it is entirely possible to get too high after using too much weed, which could be considered a form of overdose, but cannabis products will not leave you dying somewhere because you went a little bit overboard, but instead, it will leave you feeling things that you didn’t necessarily want to experience. If the effects of cannabis are too much for you, then you have overdosed, and it’s probably a good idea to pay closer attention to your dosing to find a more appropriate level to suit your need.

If you are just starting out on a journey to find out how cannabis might work for you, then there are a few things that you should know, like the fact that there are certain products that are better suited for consumers who may have a lower tolerance to the effects. The fresh cured flower and oil or edibles that are within the 5mg-10mg range is the best place to start so that you don’t risk falling victim to the adverse effects of overconsumption.

So, make sure to remember that:

How to sober up from weed

Once you realize that you’ve smoked or consumed too much weed, it’s too late to go back and completely avoid the effects, because by that point, it will have made its way into the bloodstream, and from there nature takes over and it will slowly fade away, but there are a few things that you can do to make the whole situation feel a bit more manageable like:

The stimulation can sometimes make things feel worse, and if you remove it, you'll likely feel better faster.

Hydration will perk you up, and some even swear that it helps the effects to go through your body quicker.

Food like water will help to perk you up and to settle your stomach if you’re feeling nauseous.

If you’re moving around a lot, it can make the discomfort feel so much worse, so whenever possible, try to get comfortable in a bed or on a comfy couch, to ride out the storm.

When all else fails, the best thing that you can do is to go to sleep, as the effects will begin to wear off rather quickly, so an hour-long nap might be just what you need to get back to feeling normal. 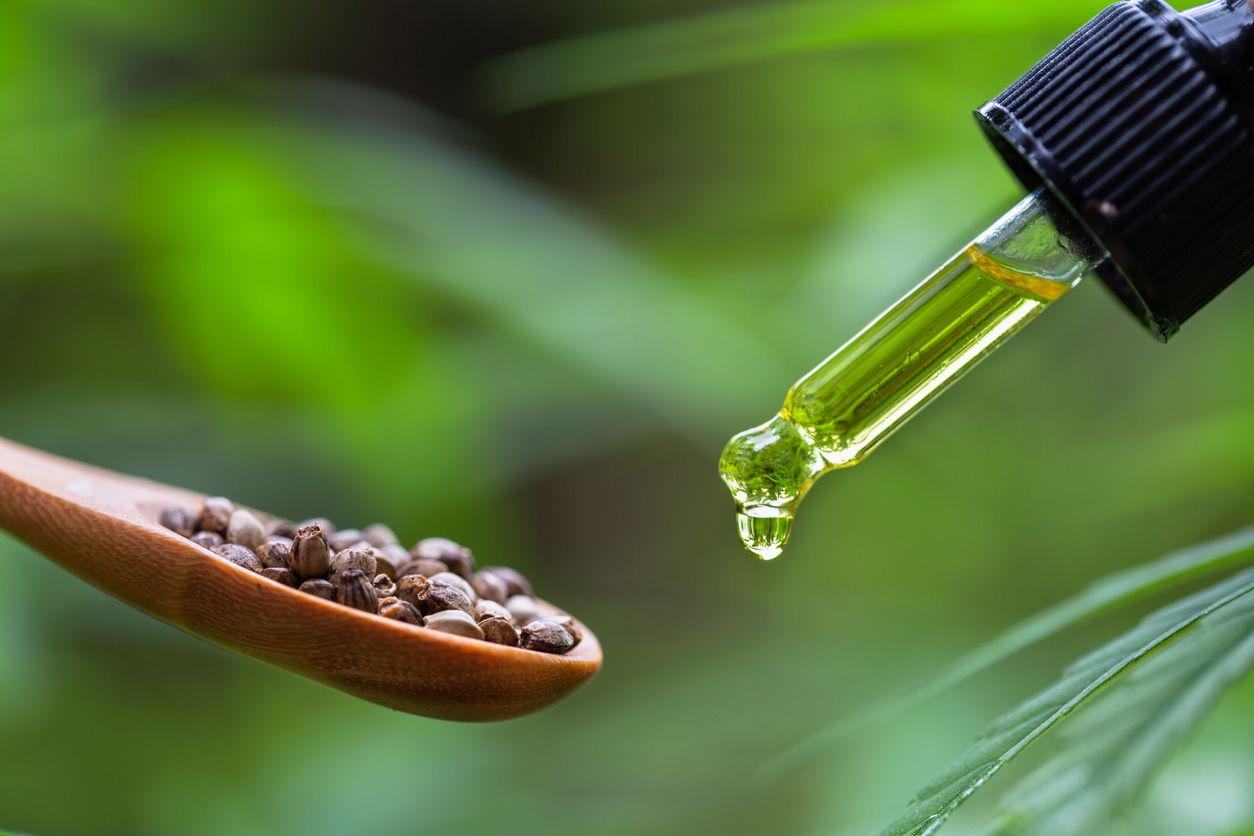 Are there any adverse effects from using CBD oil?

Here are a few reasons that you might want to do a little more research and or talk to your health care professional....