The problem with flavored vapes

E-cigarettes became a huge hit with the general public once we realized how useful they could be for those who wished to quit smoking tobacco. The positive start sparked immense interest from both the recreational crowd and the medical community, but its safety remains in question even today.

The initial release of vape pen juice typically included high doses of nicotine meant to curb the uncomfortable cravings and side effects from nicotine withdrawal, but they quickly evolved into something much less health focused. The vape pen went from a helpful tool that could act temporarily as the lesser of two evils, to a trendy hobby and activity that spread like wildfire among younger people, many of whom were never cigarette smokers.

It didn’t take long for the average vape pen to be filling with more than a tasteless fluid, which was replaced by CBD vape juice, mouth-watering flavors, and now cannabis liquids and concentrates. All of which are appealing to youth, adding to the pre-existing issue of underage vapers. Though that was enough to make some companies and people stop and think about the possible effects of using these kinds of products, the number of regular consumers continued to grow, until the famous vaping epidemic that plagues media headlines now.

Right now, we still aren’t entirely sure why so many people are getting sick from using a vape pen, but it is believed that the problem is unrelated to regulated products, as the majority of those hospitalized had one thing in common, and it’s that they all utilized black market vape juice. So, while it’s still possible that they could be contributing to the problem, it doesn’t look like vape pen flavors alone have caused this horrendous situation.

What’s inside of a flavored vape pen?

Whether you buy ready to go options that are pre-filled or you prefer DIY liquid juices that are used to fill a reusable vape pen, the results are the same when comparing flavored choices. What is scary here is just underneath the surface of that delicious and realistic flavor profile, as the ingredients used to produce this kind of effect often have approval for human consumption through food, but none of them has been tested for safety when inhaled through a sensitive organ like the lungs.

Two of the most talked-about vape juice ingredients are propylene glycol and vegetable glycerin which can both be found either combined or separately in vape juice. These ingredients act as a liquefier that allows the rest of the solution to reach the ideal temperature and consistency for vaping, and they are both well-known carcinogens once combusted. Though we do not yet have a solid link between illnesses like cancer and vape juice, it’s something that some experts are saying will inevitably arise.

The issue, according to researchers’ latest findings, is most likely in specific flavors, some of which create a chemical reaction once they are combined with base ingredients like the two main liquifiers. At this point, brand new chemicals arise, and most of them you won’t find on a manufacturer’s label, or even after a Google search because we were completely unaware of their existence,  or we have yet to study their effects through consistent and long term inhalation.

There are currently well over 7000 flavors of vape pen juice on the market, so it was impossible to test everyone for issues, but those that the researchers found most concerning include cherry, cinnamon, vanilla, and mint, but that is only because of their massive chemical reaction to exposure to a liquifying agent. We aren’t yet sure of how this translates to safety, but we do know that it means there is a whole lot still that we just don’t know about vaping. It might not be the answers we were hoping for, but it’s an excellent start for further research.

Which is the best vape pen juice?

The most important thing to remember when you are on the market for a new vape pen or juice to try is that most of what you will find inside isn’t clear, so it’s always safest to stick to pure, non-flavored options whenever possible. That is true for CBD vape juice, nicotine vape juice, and any watered-down cannabis pod or filler options. If you are looking for a deep, rich flavor without the added risk of extra man-made chemicals, then you might want to opt for a pure concentrate vape pen.

How to tell if a vape pen, cartridge, or liquid is pure

A lot of unknowing consumers will buy a new filled vape pen, assuming that everything they see inside of it is some element of cannabis, but that’s not always the case. In fact, cannabis products are worth more money, more often counterfeited, and are just as susceptible to additives.

A good way to tell how pure and safe a product is would be by just looking at it. Hold the tank or cartridge up close to your eye so stranding straight up, and you shouldn’t see any movement inside. Turn it once sideways and watch closely. If you do see liquid moving side to side or an air bubble moving, then it probably isn’t a solventless vape pen. 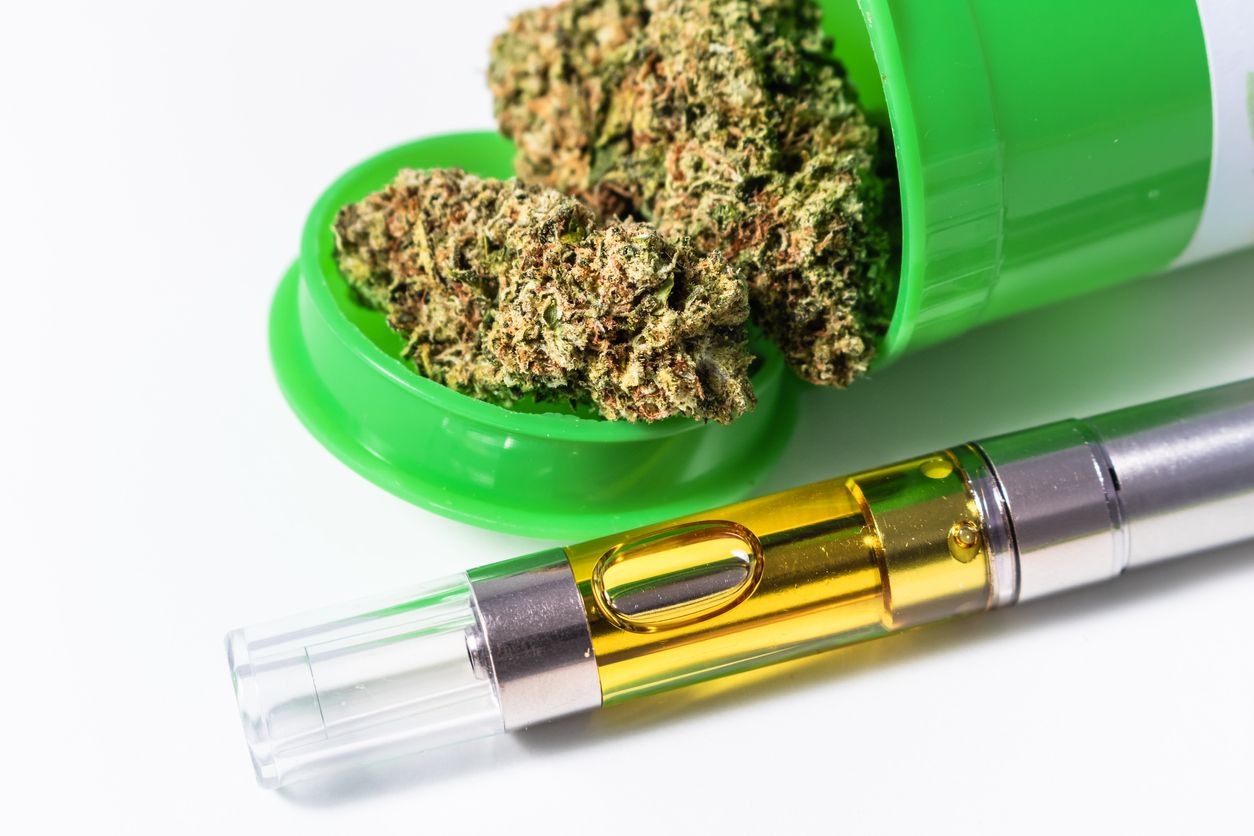 How to tell if your marijuana cartridge is a fake

If you are a cannabis enthusiast who enjoys vaping, then chances are you have dappled in, or in the very least considered buying cartridges. ...