Some cannabis users are faring this pandemic better than others

We’ve touched once on how some cannabis enthusiasts are thriving under lockdown because they have the assistance of their favourite plant to help them to get through it all, but unfortunately, not everyone is quite so lucky. Though cannabis can most definitely help many people to soothe the symptoms of anxiety, stress, panic, or sheer boredom, this is an unprecedented time, that none of us was fully mentally prepared to deal with, which means that some are still falling through the cracks, and it’s for a few different reasons.

Now that pretty much everything is closed, and hanging out with friends in leisure isn’t recommended or even allowed in some regions, everyone around the world is feeling the crushing sensation of loneliness sinking in. Some people are missing their local bar, and more than a few are dying to unload the lasts month or so worth’s of trials and tribulations onto their hairdresser, but for many stoners, none of that compares to the quality social time that we get from our inner circle.

For many of us, it’s been weeks since we’ve been able to gather our invaluable group of stoner friends, to get high, and talk about the things that are bugging us. This kind of relief is therapeutic and beneficial for both the mental and physical well-being and going without it is starting to drive some people stir crazy, and not in any sense that could be construed as good. That loneliness isn’t going to go away until we’re released from these restrictions, and for some cannabis consumers, that’s a challenging thing to manage.

Everybody is patiently waiting for official word that the economy will re-open and resume business as usual, but for the moment in most regions, we’re still sitting on pause, unsure of when the next move will actually happen. We’re waiting for the number of cases to reduce so that we can slowly re-open in a way that won’t undo all of the incredible work that we’ve done so far, but in the meantime, thousands of cannabis consumers don’t have access to the relief that they need.

Every area has gone about the shutdowns in a slightly different way, with some deeming cannabis dispensaries as an essential service, a few altering laws to allow for roadside pickup or delivery, and the rest choosing to simply shutter any facility that they deem to be of risk to their plan of action. Cannabis deserts were already a very real and prominent issue for users, and now that nearly 50% of the storefront dispensaries worldwide have closed, that’s only getting worse.

Some can’t order any kind of cannabis, whereas others are fortunate enough to at least have the option to order online from home, but even they aren’t immune to experiencing a lack of access to pot products, due to the lack of options that are left available. Dispensaries everywhere are doing their very best to stay open, but with higher levels of sales that are larger on average, the shelves are getting pretty bare, which means that many cannabis consumers cannot find the products they need, even if they do have access to an open dispensary.

This one issue alone is leaving millions of individuals without access to their much-needed medicine, which means that they’re hurting somewhere, and no one is coming to their rescue. It could be physical pain, psychological problems, or one of a million other things, as many do not have a license or the protections to ensure a steady supply throughout this pandemic.

3. The wrong cannabis strains can exacerbate fear, anxiety, or stress

A few good hits from a big, fat blunt are stereotypically supposed to deliver an intense and soothing high that will leave you melted into your chair, and worry-free. Now, if you asked most seasoned users, they would probably say this is true because they have such a high tolerance that they are prone to some of the more adverse effects of choosing the wrong strains. However, that is not always the case, but each strain of weed is vastly different than the next. Some are filled with sedating natural elements like THC that will give you exactly what you’re looking for, a relaxing experience.

On the other hand, there are just as many that are well known for producing the opposite effect. A sort of heightening of the feelings and sensations that the individual is already experiencing, which can be bad if they aren’t feeling positive, hopeful, or calm to begin with. Unfortunately, very few consumers know how to choose the best strains, and even fewer understand how this all works without the time or ability to speak openly with a budtender for assistance, which means that there are far too many cannabis users out there right now, who are scared, panicked, and left with no hope in sight.

4. No more money for weed

As the economy was very hastily shut down to slow the spread of COVID-19, millions of people around the world have been put out of work. This has been devastating for both cannabis consumers and nonusers alike, as it has impacted anyone who is employed by a non-essential business, leaving thousands of individuals wondering how they’re going to pay for rent or get some much-needed food onto the table without a regular paycheck.

Grocery stores everywhere seem to be packed to the brim, but that’s only because of social distancing protocols, not because everyone has extra money to burn. In fact, even most of the open stores are struggling to make sales goals in departments outside of food or toilet paper, and the situation is even worse for companies who function within vice industries like cannabis.

Dispensaries were reporting record sales by the end of February, but that spike was caused by cannabis hoarders, and now that the initial panic has passed, customers are barely trickling in, and most believe that it’s because people just don’t have the extra money to spend on things that they don’t need. With rent still coming due, and utilities adding to that, those who are on unemployment or other government assistance programs, can barely eat, nevermind affording luxuries like cannabis.

This is forcing many cannabis consumers to go without something that they’ve come to rely on as a therapeutic aid to get through either physical or mental health crisis, which for some, will inevitably lead to a long few weeks of uncomfortable withdrawal symptoms, on top of the other stressors that we’re all experiencing during this pandemic. Combined, the effects can be challenging to manage, and far too many are suffering in silence at home, alone.

Now that so many people have a whole bunch of extra time on their hands, it makes sense that they’re indulging in vices like drinking or cannabis. After all, the only time we’d normally be able to do so is in a couple of hours after work, or during a brief weekend, so folks are taking advantage of it. This can be a good thing, and it’s exactly what is getting so many stoners through the struggle of being stuck at home, but it can also be a bad thing, like anything else, if it’s done in excess.

It can make you lazy, lose track of time, depressed, unmotivated, and overall unhealthy in some cases, and that’s not all, because we aren’t just toking more, we’re also dappling in new and more exotic cannabis products that many have yet to try. For example, on a regular day, you might only consume a 5mg pot brownie, but when you have the next week or so off, people are a lot more likely to go overboard, which can lead to greening out, and other adverse effects becoming more common.

For many cannabis enthusiasts, the sweet and powerful cannabinoids are the only thing that’s keeping them going through this difficult time, but it’s important to recognize those who are not being cared for at a time when they might need it the most. The power of weed is incredibly beneficial, but it’s only as effective as it and the knowledge surrounding it being accessible. So check in on your neighbor and facetime your family and friends just to make sure that they have what they need, and that no one is taking things a bit too far while being stuck under quarantine, because some of them, are not ok. 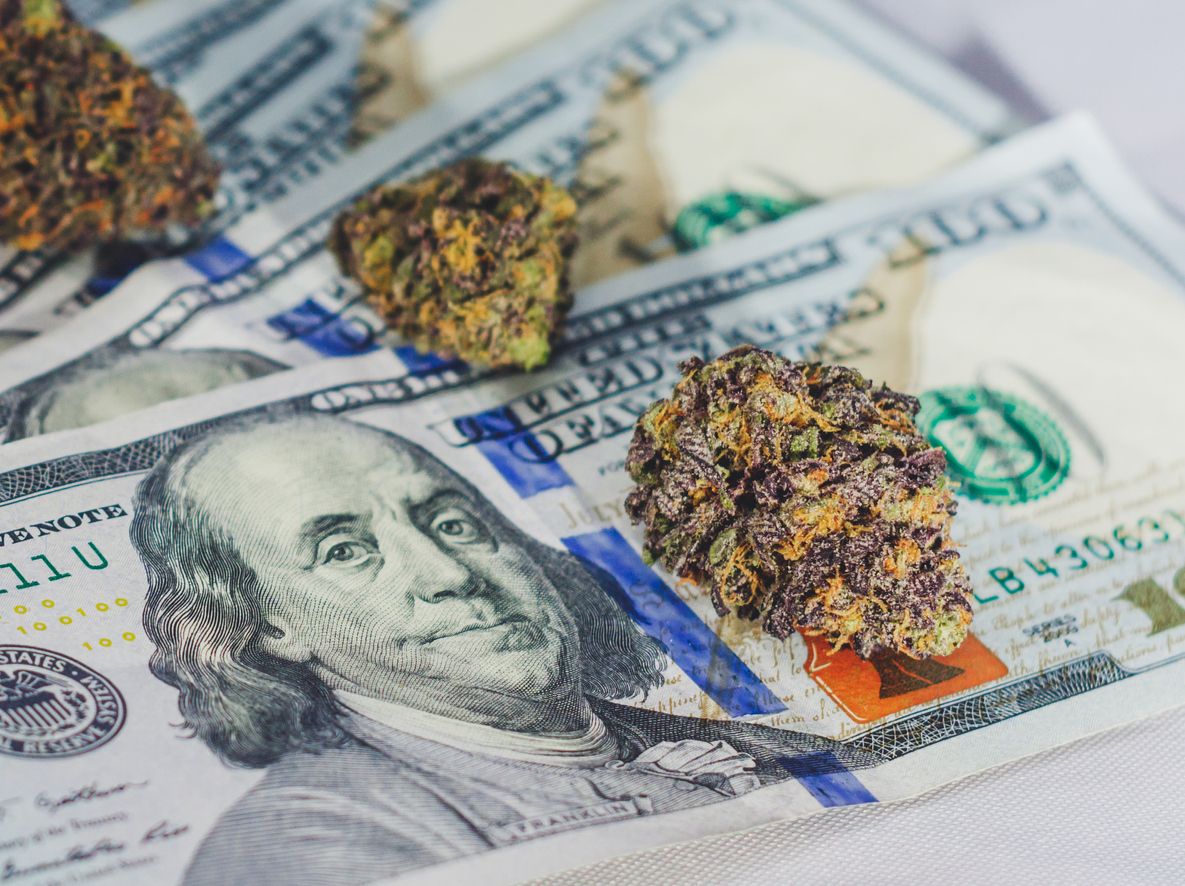 CEO Darren Bondar happily announced that his 46 stores saw unprecedented demand in the middle of March....