Extensive widespread body pain that makes you feel as though you cannot climb a flight of stairs is a horrible experience, and it affects one's daily activities. These are the feelings a person that has fibromyalgia deals with every day. Fibro has been a mystery disease for many years as it can rear its head with many different symptoms leaving doctors and patients frustrated as to how to treat it. In recent years patients have reported that cannabis helps relieve many of the symptoms, allowing them to get through the day.

A new study conducted at the University Hospital in Milan, Italy, questioned sixty-six patients over the course of six months. The research was conducted on patients. Most of them were women that were taking prescribed medications but were not getting any relief. Half were taking two different medicines while the others were taking three or more. The drugs prescribed ranged from:

Theses drugs are intense, so when the study showed that 47% found that marijuana gave so much relief that they could ditch the painkillers or at least lower the amount they had to take to get through the day, they were ecstatic. The participants in the study found comfort from anxiety, depression, sleep disorders, and widespread body pains. A vast number of patients were obese or overweight.

The research found that marijuana had more positive results on the most troubled patients. Some of the participants were already using cannabis, but they still suffered from other chronic pain issues. A lot of times, fibro turns out to be first diagnosed as chronic fatigue syndrome. It has been found that those with fibro could benefit from cannabis when it came to anxiety and depression and sleeping disorders and muscle aches

Patients were given the tinctures and asked to take one dose in the morning that contained more CBD than THC. In the evening, they were to take one dose that had a little more THC, as THC seems to be more compatible with pain& sleep. The treatments were both made from olive oil and accompanied with a dropper, and it was recommended that each patient take ten to thirty drops in the am and pm increasing as they felt comfortable as there is no set dose.

The allowance was fixed at 120 drops per day. The lowest dose would mean about 4mg of THC, and 2 mg of CBD split into two doses. The higher doses would be 27mg of THC and 8mg of CBD. with the higher THC level taken in the evening. More than a third of the patients found the treatment to have a considerable impact on their sleep and fibro symptoms. At the same time, half of the patients found enormous relief from anxiety and depression when cannabis was added to their daily fibromyalgia treatment.

Cannabis science is still unsure if marijuana can treat depression or anxiety alone. Nevertheless, evidence shows that using cannabis for the underlying issues marijuana seems to have a significant impact on the symptoms.

So taking THC and CBD can help treat the root problem of the endocannabinoid system. Patients who were using medical marijuana treatments were able to reduce other medications by 20%, and some were able to get rid of the other drugs they were prescribed completely. Sixty-six patients participated. Six of them were men, and 60 were women. There is no evidence if sex has anything to do with the findings.

The only thing they did notice was that the more rigorous the patient was they seemed to get the most benefits out of the treatment. Research says that the patients that have more fat might absorb the THC and CBD more efficiently. Also, the benefits that patients received regarding sleep, depression, and anxiety were very significant, as most people with fibro suffer from sleep disturbances and depression, and that only brings anxiety. These findings are fantastic.

As far as cannabis therapy is concerned, it seems to be a very worthwhile treatment. Marijuana is a much safer alternative to opiates. Opiates can cause addiction and other issues with bodily function and organ health.

This study is an excellent reason for those suffering from fibro to look into some other alternatives that may provide the same relief as doctor-prescribed drugs. Please remember to always contact your doctor before adding to your medications and to never stop a medication without the approval of a doctor, but it’s always a good idea to keep an open mind when it comes to your health, as there are many treatments available that just might have a better effect on your condition. 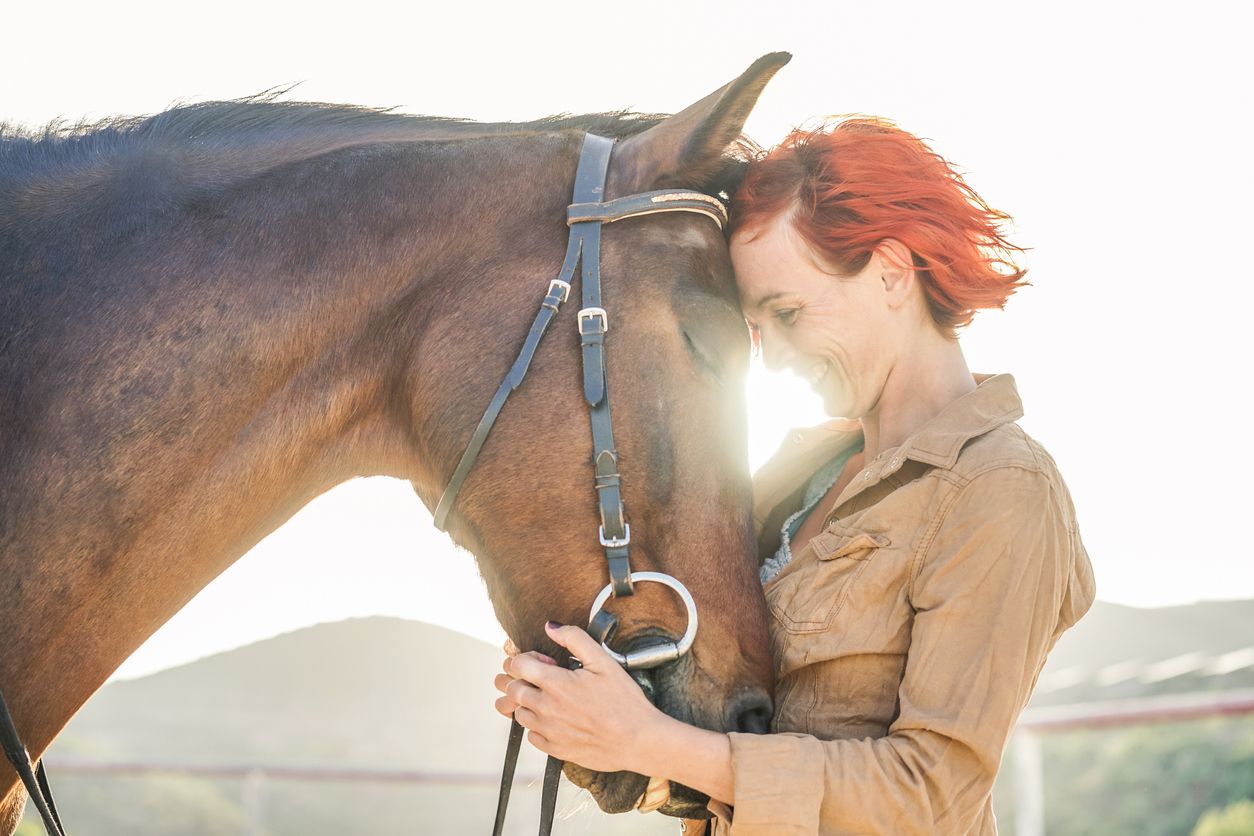 New study to prove the effectiveness of CBD for horses

It may not be today or tomorrow, but the future for horses who spend their lives in this line of work might be a little bit brighter...