BATON ROUGE, La. — Three months after medical marijuana became available in Louisiana, doctors and clinics say some patients are finding the cost for therapeutic cannabis too high for treatment, pricing them out of a medication they waited years to obtain.

In August, Louisiana became the first Deep South state — and one of more than 30 states nationwide — to dispense medical marijuana, four years after state lawmakers agreed to give patients access. Now, the state is grappling with the growing pains of a new medical market and a patient group that can’t use health insurance to cover costs.

Kathryn Thomas, CEO of The Healing Clinics, said a third of the medical marijuana patients across its five clinics in Shreveport, Monroe, Baton Rouge, Houma and Lafayette can’t foot the bill for the product.

The only cannabis currently available comes in a flavoured liquid tincture, a bottle containing a dropper to use. One bottle can range from about $90 to $220, depending on concentration and pharmacy, according to medical marijuana advocates.

Dr. Victor Chou, who has a medical marijuana clinic in Baton Rouge with more than 600 patients, said many of his patients take a dosage of about one bottle per month and are finding relief from chronic conditions. But one−quarter of his patients, Chou said, can’t afford the medication.

"The average chronic pain patients would be spending maybe $1,000 a month at current prices for what they need," he said.

About 3,500 people have received medical marijuana since the program began, according to the Louisiana Board of Pharmacy. Under state law, Louisiana is allowing cannabis to treat a long list of diseases and disorders, such as cancer, seizure disorders, epilepsy, glaucoma, post−traumatic stress disorder and Parkinson’s disease.

"We’re now working through the real kinks of a startup business and industry," said Jesse McCormick, with the Louisiana Association for Therapeutic Alternatives representing the nine dispensaries. "They’re just like everybody else out here, trying to stay open and keep the lights on."

Only the agricultural centres at Louisiana State University and Southern University are authorized to grow medical marijuana.

GB Sciences, LSU’s grower, is the only one currently providing product. John Davis, president of GB Sciences Louisiana, wouldn’t disclose its wholesale prices, but said pharmacies determine their own markups.

McCormick said the pharmacies have higher tax liabilities and banking costs than other businesses, and he said some Louisiana dispensaries built facilities and carried costs for months with no income waiting for cannabis products.

"I finally came up with our prices the night before we opened. It really was based on our expenses and what we had spent and lost, and what we needed to recover in five years," said Doug Boudreaux, a pharmacist and co−owner of the Shreveport medical marijuana dispensary Hope Pharmacy.

Pharmacies say if they get more patients, prices will go down. They say any addition of new products also will help, such as plans to offer dissolving strips taken by mouth and topical creams.

Doctors and patients hope the addition of a second grower would drive down costs.

Southern’s grower, Ilera Holistic Healthcare, is setting up operations, with plans to have medical marijuana on pharmacy shelves next year. Ilera CEO Chanda Macias said the company will have a manufactured−suggested retail price for products and will stress customer affordability to pharmacies.

Chou’s hopeful the cost difficulties some patients are having will be addressed.

"I want to be clear: there are a lot of people who are getting a really, really good benefit out of this. I have many people who tell me they’ve been totally pain free for the first time in years," he said. 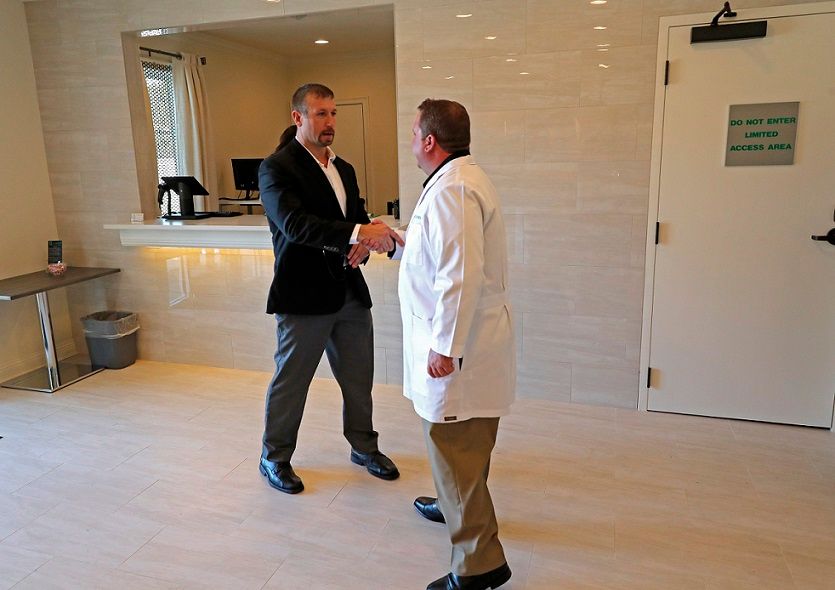