MONTGOMERY, Ala. — A medical marijuana bill cleared its first hurdle Wednesday in the Alabama Legislature, giving hope to advocates after years of setbacks.

Audience members applauded as the Senate Judiciary Committee voted 8−1 for the bill, putting it in line for a Senate floor vote later this session.

The bill sponsored by Republican Sen. Tim Melson would allow people with a doctor’s recommendation to use medical marijuana for 15 conditions — including cancer, anxiety and chronic pain — and purchase cannabis products at one of 34 licensed dispensaries. The bill would allow marijuana in forms such as pills, gummy cubes, oils, skin patches, gels and creams but not in smoking or vaping products.

Advocates crowded into a public hearing at the Alabama Statehouse to watch the debate and tell lawmakers their stories.

Cristi Cain said her son Hardy’s debilitating seizures have been helped by CBD oil, now legal in Alabama, but said the higher doses that could help him more aren’t legal in the state. Hardy had as many as 100 seizures per day before trying the oil, and now has about 20 to 30, she said

“An area code shouldn’t affect one health’s care. If Hardy didn’t live in Alabama, he could be seizure−free. We shouldn’t have to be and don’t want to be medical refugees,” Cain said.

The bill drew opposition from some law enforcement and conservative groups. They expressed concern about dosing, safety and the potential for abuse.

“Just because we put the word medical in front of marijuana does not make it medicine,” Shelby County Sheriff’s Capt. Clay Hammac said.

The Rev. Rick Hagans described addicts he buried. He said that although they obviously didn’t overdose on marijuana, they started their drug use with pot.

The vote was a moment of optimism for medical marijuana advocates who for years made little headway in the conservative−leaning state. A medical marijuana bill in 2013 won the so−called “Shroud Award” for the “deadest” bill that year in the House of Representatives.

Melson said he is hopeful about the bill’s chances in 2020. He said there are multiple steps in the process of obtaining medical marijuana that should limit the danger of abuse.

“I’m sure some people look at that 15 (conditions) and go, ’Ýeah, really, that one?’ That’s because they don’t have it or don’t know the literature," he said.

Sen. Larry Stutts, an obstetrician who cast the lone no vote on the committee, said state medical marijuana laws circumvent the process of drug trials usually required to introduce a new medicine

Stutts said other medications have been “through the process and been through the trials that study its effectiveness and side effects” before patients get them.

Before the vote, Sen. Cam Ward described his late father’s battle with cancer.

“I would have given anything, anything, had he had a tablet to take, something to chew on, some drops to put in his food to avoid the nauseousness from the chemotherapy. That would have changed his life. As a human being, who am I to say ... you can’t have that to make you feel better?" Ward said. 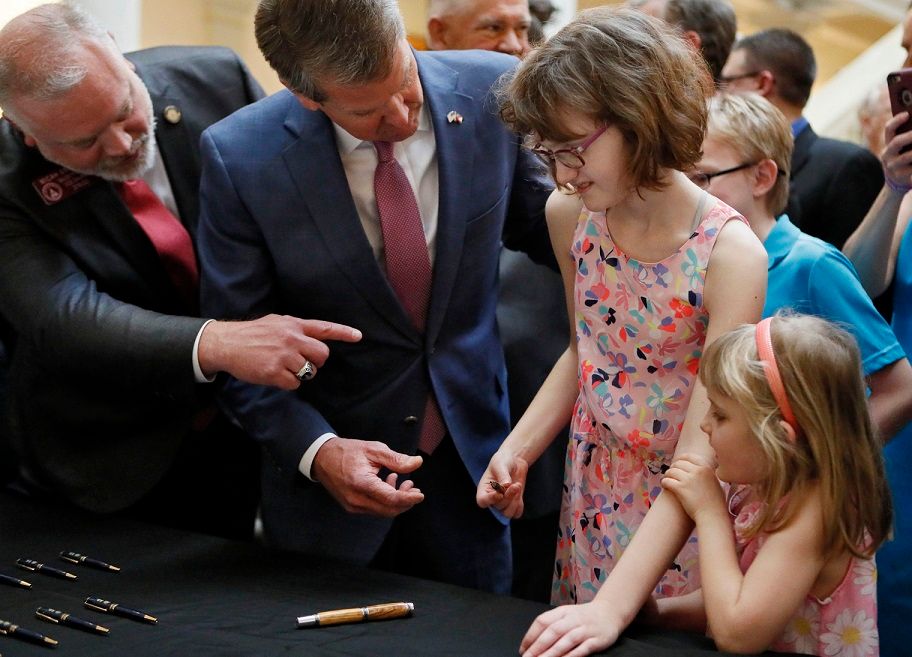 Some Georgia patients will soon be allowed to legally buy the marijuana they are already allowed to possess....