Is mouldy weed something that consumers should worry about?

Consumers are under the impression that the legal cannabis industry is much more tightly regulated to keep any potentially harmful contaminants out of the products they buy and use. This is, after all, a major selling point used to convince people to turn away from their legacy dealers and into the open and loving arms of big weed.  However, we’re starting to learn that there’s one pesky addition in a lot of legal weed, and the reasons behind its presence are numerous.

You’ll generally find visible mould on weed when you’re growing plants in an environment with high humidity or if your area happens to see a bit too much rain, and not enough sun to dry out the buds. This is a bane for many growers both big and small, but this isn’t likely where the mould in legal weed forms.

Some experts think that this contamination happens after the pot products are sealed and in transit, making a complex matter even more complicated. The worst part is it’s nearly impossible to see until there is such a large amount that the adverse effects could seriously make someone ill.

The proof is in the data

There have been several studies on this subject to date, with a handful taking place just in these last 2 years, as samples from all around Canada coming from companies who should be conforming to rigorous safety and packaging protocols were being recalled for mould. Some researchers have found that as many as 90% of tested samples from the legal cannabis industry come back positive for this contaminant, and that’s a staggering number that should be concerning for all enthusiasts.

What mouldy weed can do

For the most part recalls seem to have worked, as very few customers have reported illness after consuming an infected product, which means that the companies are catching it early enough to avoid really bad press, but the truth is that even a small amount of mould entering the lungs is a dangerous risk that could cause symptoms such as headaches, nausea or vomiting. Repeated lung exposure to mould can lead to even more dire consequences, increasing the risk for infection that is a serious problem for all those who use contaminated pot products.

Is there a way to get rid of mould on weed?

Some companies perform a process that is called irradiation, which is where real toxic radiation is used to chemically sterilize cannabis flower, which should, in theory, eliminate the risk of mould. Unfortunately, even that isn’t a foolproof solution because we have no idea if there are any negative effects from consuming radiated weed, and it doesn’t seem to get rid of the whole problem. We know this because several companies whose products have been tested use this method to prepare cannabis for the market, and many of their samples still came back positive.

Realistically, especially for small-time cultivators with access to much less technologically advanced equipment any cannabis with mould is a complete write-off. It’s not salvageable, it’s not saleable, and it can’t even be made into more potent concentrates without using other caustic chemicals to kill bacteria, most of which are also terrible for our health. 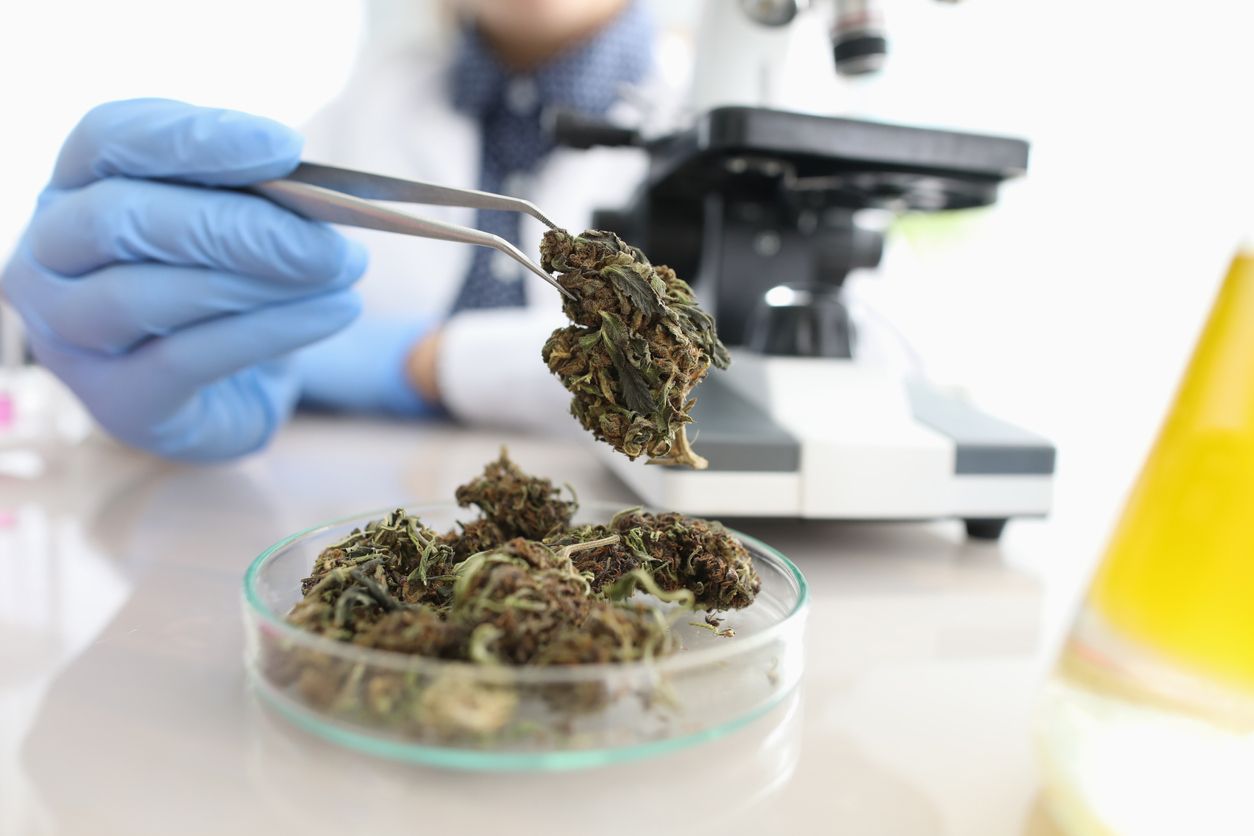 It is practically inevitable that microorganisms will eventually end up on or in marijuana buds....