Now that marijuana is legal in many regions all over the world, consumers have easier access and are considering this medicine as an alternative treatment for a vast array of symptoms and conditions. While the effects of smoking marijuana, in general, are under research, there are specific situations that are rarely documented, and one of them is smoking weed while pregnant.

Human beings have committed atrocities in the name of medical science, but all of that is in the past, and in this new day and age medical professionals are held to a much higher code of conduct and standard of care. The reason that we see so few studies on cannabis and pregnant women is that up until this point, few were willing to openly discuss or admit to consumption during such a fragile time where this substance was still considered to be illicit, bad and even harmful by most of society.

Benefits of smoking weed while pregnant

Pregnancy is a wonderful blessing that many lavish in, but not everyone’s experience is a positive one, and gaining weight, internal organs shifting, achy joints and hormones out of whack isn’t a great way for anyone to start the day. Most women who use marijuana while pregnant do so to treat moderate to severe pregnancy symptoms which may include:

Effects of smoking weed while pregnant

The few studies that do exist on cannabis consumption during pregnancy suggest that the cannabinoids THC and CBD are often helpful for managing moderate to severe symptoms in pregnant mothers, but we already know that marijuana is safe for a fully developed adult, what we don’t know is if there will be any long term or immediate adverse effects of smoking weed while pregnant on the developing baby.

Risks of smoking weed while pregnant

Smoking anything while carrying a growing life is not recommended ever, as the lungs of the mother are the pathway to fresh oxygen for the infant. Smoking tobacco or marijuana products decreases the amount of available oxygen in the blood, which can greatly reduce the supply to the developing fetus. Just like with cigarettes, smoking cannabis is believed to contribute to lower birth rates, and problems with brain and lung development, though this has not been independently confirmed, and is merely an assumption based on what we know about other kinds of smoke.

One research study that was released in 2016 and conducted on women who were surveyed during pregnancy on marijuana consumption revealed a potential concern; A higher number of cannabis consumers reported premature and low weight births when compared to their non-smoking counterparts. The problem with these results, and why they are often dismissed by members of the medical community, is because researchers did not account for other potential influences like smoking tobacco or drinking alcohol, which can similar statistics.

There is no way to deny the benefits of smoking weed while pregnant, but unfortunately, without clinical evidence to show safe levels or amounts to consume, it is not currently recommended as a treatment for pregnancy symptoms. That doesn’t mean that it won’t work, or that the potential risks might not be worth the benefits depending on the situation at hand, but without real data, it is impossible to confirm that smoking weed or anything else during pregnancy is safe in any way. If you do decide to use cannabis products as a treatment for symptoms while pregnant, then it is best to choose healthier options like edibles, after the first trimester, in low micro doses that will provide the benefits with the least amount of risk possible. 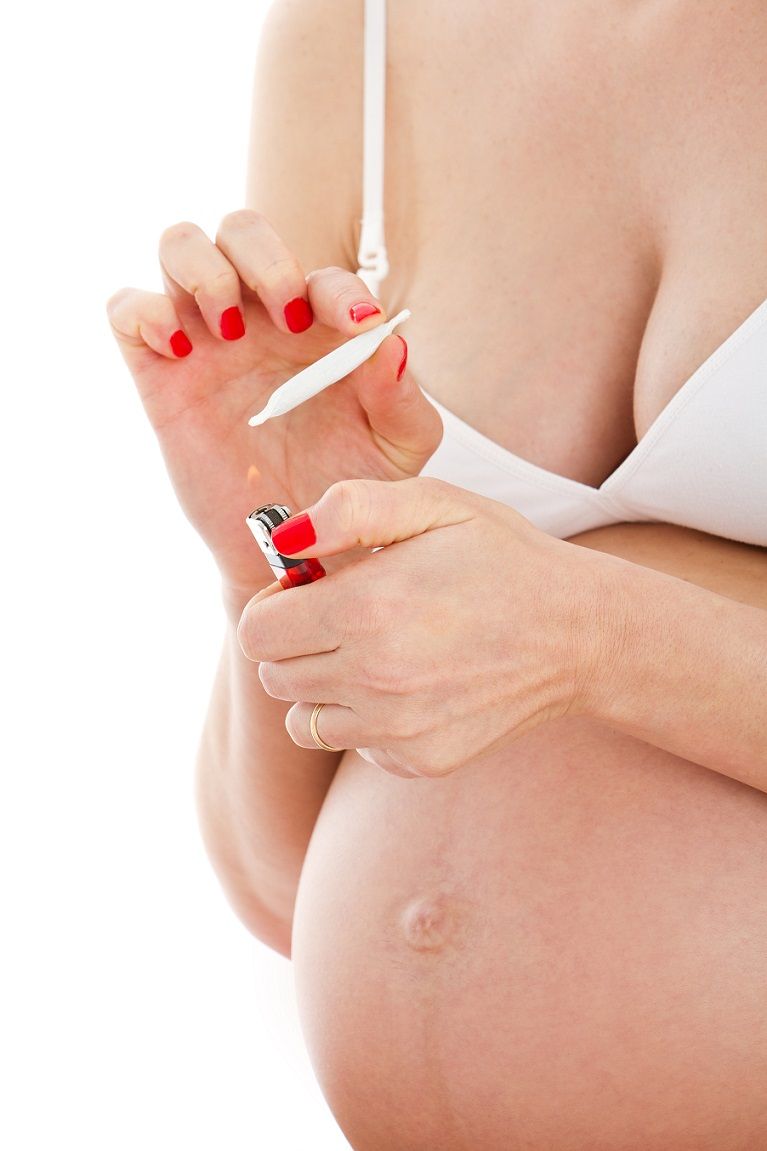 Why are women using cannabis during pregnancy?

Studies indicate that more women are using cannabis both before and during the early stages of their pregnancy today. ...