Hydroxyzine is the generic version of Atarax or Vistaril, and it is an antihistamine that is often prescribed as a treatment for skin conditions, anxiety, and itching. Thus far, we do not have solid evidence to say for sure that combining hydroxyzine and cannabis may result in possible interactions, but that doesn’t mean it does not happen.

Antihistamines such as hydroxyzine reduce the body’s reaction to histamine, a chemical that is produced by the body during an allergic reaction or exposure to an irritant. They are known for leaving patients groggy but also calm and relaxed, which is why so many doctors prescribe the drug to those struggling with off-label conditions including anxiety, and in some cases, even asthma. Unfortunately, there is no recent research into the potential side effects of using hydroxyzine as a long-term solution, and that may be why we still don’t fully understand how, why or if it interacts with cannabis.

Does hydroxyzine interact with cannabis?

Neither doctors nor researchers have established clear evidence to prove that either drug may impact the way the body metabolizes the other, and to date, there doesn’t seem to be any reason to worry about dangerous interactions as you might find with other medications. According to the label of the drug, cannabis is not listed as one of the ingredients or substances to avoid while taking this prescription, but we do know that the two might not mix well in a few different ways.

Cannabis is typically an incredibly safe and natural therapeutic choice, and hydroxyzine is generally viewed through a similar lens. However, there are some potential risks to be aware of if you’re planning on indulging in cannabinoids at the same time as taking a hydroxyzine prescription.

Cannabis may lower blood pressure, and at high doses, hydroxyzine might cause a similar effect. When combined, it only makes sense to assume that the chance of fainting is likely to increase significantly, as a sudden drop in pressure can lead to this uncontrollable side effect. This is especially true for anyone with naturally low blood pressure.

Depression of the central nervous system

Cannabis and hydroxyzine are both able to slow down the central nervous system, which may slow down breathing or make it difficult to think, leading to disorientation, anxiety, and more. That’s why taking them together may be hazardous, in particular at high doses.

Many medical cannabis patients will experience dizziness at some point or another, and the same is true for those taking hydroxyzine. Taking both at the same time might just increase this uncomfortable side effect, making the operation of heavy machinery and certain activities more dangerous.

While consumers and medical patients may not experience significant problems or side effects after combining these two drugs, it is important to know that they are possible, so that you can avoid potentially risky situations that might not be expected. Anyone with pre-existing health issues should absolutely weigh the pros and cons of taking both at the same time, before discussing the option further with a healthcare provider who is willing to oversee the process and keep track of your progress while covering harm reduction strategies to increase your likelihood of success. 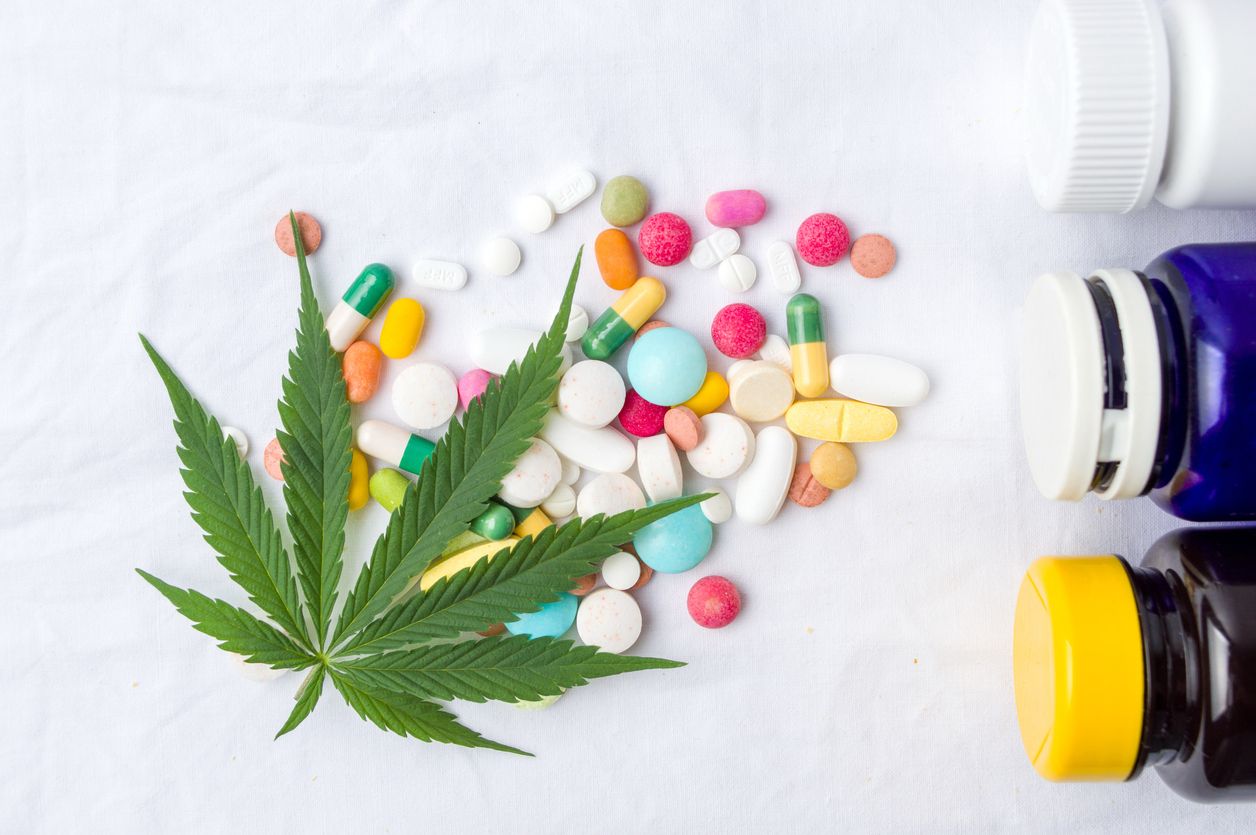 How to go about switching from prescription medications to weed

More people than ever before are seeking alternative treatment options to use in place of pharmaceuticals....