As we inch closer to fall, a lot of people are wondering what the season will bring. Of course, there will be colourful leaves on the ground and bountiful harvests all around, but what about the downside of this time of year, illness? That’s right! Flu season is right around the corner, and with all that we’ve been through over these last couple of years, it makes sense that people are thinking ahead and preparing to avoid getting sick as much as possible.

When you feel sick, it’s nearly impossible to get anything done, so work and home life suffer while you try to nurse yourself back to health, and that’s not something anyone wants to have to experience. The trouble is that steering clear of impending spreading germs is a bit more difficult when you’re always sharing joints with friends, a tradition that most stoners gladly and religiously indulge in. The connections built by doing this could last a lifetime, so it might not feel right to avoid them altogether, even if it’s only for a few months, but there are some things you should do to mitigate the risk.

Even if you’re not sharing joints, simply being in the presence of a sick person could be enough to have you up to your ears in a runny nose, fever, and more, so it’s best to avoid it altogether by screening those who you plan on inviting into your stoner circle. Those who are sick should be asked to stay home because it’s just so much safer for everyone that way.

Sometimes you’ve just got to lean in for a hug or a handshake, and that’s ok. Still, it’s best to keep contact with others saliva to a minimum at this time of year, and that can be done in a few different ways. Everyone can bring their own device, edibles could be served, and at the very least, making minimal contact with a mouthpiece or joint tip should be expected, so if you’ve got a friend that fish lips rolls or pipes, then you might want to leave them at home.

This is good practice even when you’re not worried about circulating colds or viruses because dirty water, pipes, or chambers alone can be enough to make you and everyone who uses the device feeling sick. All pieces should be washed regularly between uses, and when mouthpieces are shared within a group, they can be disinfected between uses with some handy household wipes to reduce the risk of catching something.

Even if everyone in attendance seems healthy, and they all follow the simple, common-sense rules listed here, there is bound to be some coughing where smoking is involved, which is why it’s a great idea to do this outside. When we cough, small water droplets tend to fly, and when we’re outdoors in the fresh air, those around us are far less likely to inhale them, so this small step can act as an excellent protective measure when you’re trying to avoid getting sick.

Some stoners love to share their herb with every friendly soul they meet, and normally that’s not a bad thing because of the bonding thing we mentioned earlier, but if you want to reduce your chances of catching something this year, then you might want to cut down on the number of people you’re sharing joints with. Though it might seem like an abundance of caution, and even unnatural it’s still not a bad idea to do it as much as possible for these few months of flu season.

Pot products and devices that make it easy

Now that you know some of the things you can do to reduce your risk of getting sick, it’s time to arm yourself with some of the tools and cannabis products that can help to make it all so much easier. Pick one, or stock up on several so that you’re prepared for any possible situation that might come your way.

Joint filters are the things that go in the end of a joint to keep the herb grind from rolling into your mouth, while joint tips are tools that will slide over the filter area with ease. In an ideal world, each person who is sharing joints would have their own tip to protect themselves because it creates a sterile barrier, but as long as you have one, you’ll know that only your lips and germs have been on it.

Hookahs are the ultimate cold season tools because they have multiple hoses so there doesn’t have to be any saliva swapping to share a big fat bowl. All you need to do is ensure your guests each have one that is dedicated to them, marking them with tape and marker as a sort of temporary holder that will keep everyone from getting confused.

A pack of pre-rolls might be a bit more expensive than a bag of weed and some rolling papers. Still, it is by far a superior option for joint smokers who want to avoid getting sick because each person can get 1 or 2 instead of having to pass around the same roll for everyone to put their mouths on. It’s a bit different than your average experience sharing joints, but the slight adjustment is more than worth it.

Gravity bongs are fantastic creations that also happen to be incredibly cold season friendly because no one really has to place their lips anywhere near the mouthpiece. Instead, a slight push will provide enough force to move the smoke up and out making it easy for someone to take a hit even if they’re a few inches away from the opening.

No one has to pass around or put their mouths on edibles, which is why they are the best most foolproof solution combined with other safe toking practices if you want to avoid catching a cold or flu this year. So, whip up a batch of your favourite treats and rest easy knowing that you’re protected while still indulging in the friendships you hold dear. 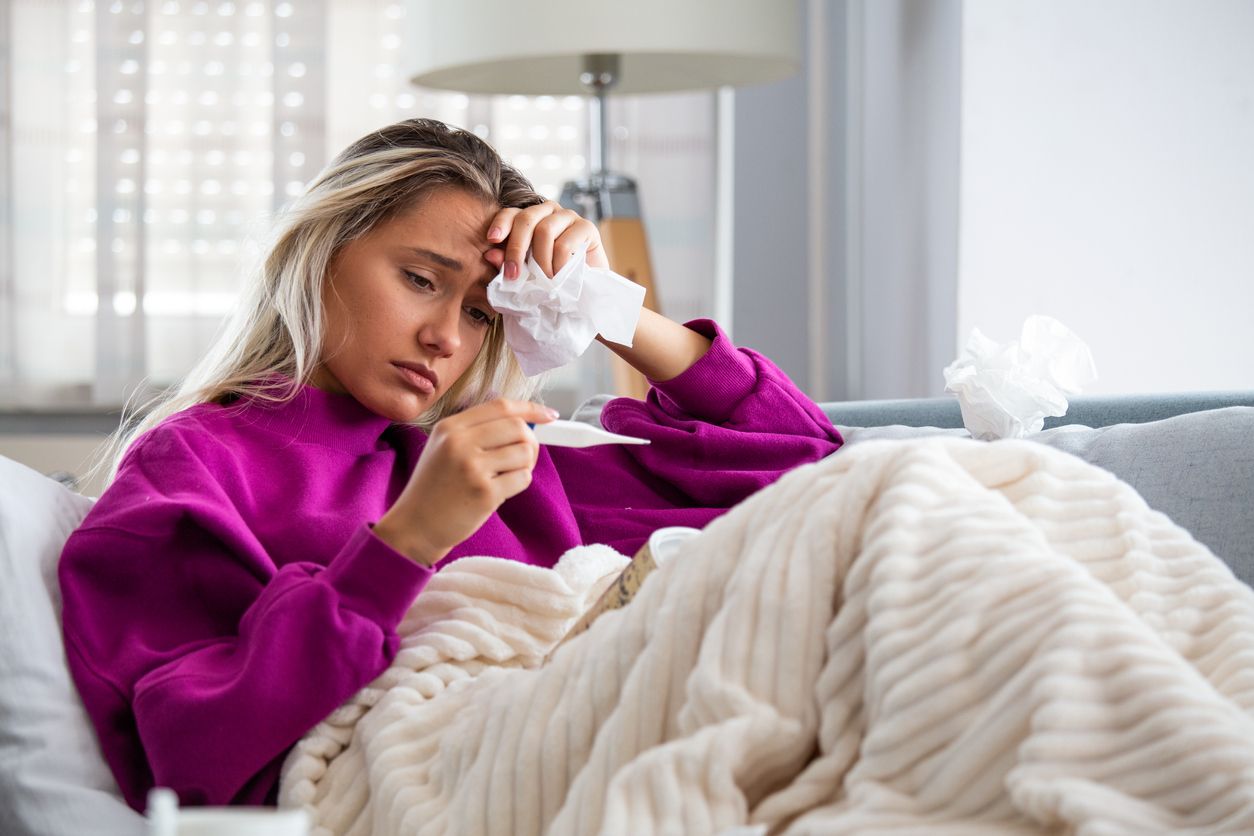 Is it safe to use cannabis when you're sick?

There are exceptional circumstances in which avoiding cannabinoid-laden products might be safer....