How much is too much when it comes to cannabis?

We’ve covered a bit about this topic in various depths, but the question doesn’t really mean the same thing to everyone. Too much to one person might be a meager amount to the next, so there is no one size fits all measurement that can be used to determine if you’re “taking too much,” but we do know about the many signs, issues, and symptoms that every cannabis consumer should watch out for along the way, regardless of their experience level.

Things to consider if you're worried about greening out

For some cannabis enthusiasts, the question of how much is too much translates to fear or concern for going overboard, resulting in what some refer to as greening out. When cannabis causes a bout of uncomfortable, uncontrollable, and unwanted sensations, it generally means that’s you’ve had too much, so if you’re trying to avoid that, then you’ll need to consider a few things before you get stoned.

If you’re an experienced stoner with plenty of history with the green under your belt, then you likely have a higher tolerance, which means that the effects of the powerful cannabinoids won’t impact you so intensely as they might someone with a lower tolerance. However, if you’re new to cannabis, then it’s important to start low and slowly work your way up if you want to avoid any potential adverse effects.

2. The activity at hand

The high that you experience will very much depend on several things, but one of them is your environment, and this is important because too much in one situation isn’t always too large of a dose in another. One example of this could be relaxing at home, as it’s a comfortable environment where there isn’t too much that is expected of you, which is why here, it’s a lot safer to let loose, but if you’re about to go running, driving, or if you have an important meeting within a couple of hours, then a few puffs might be too much, leaving you impaired, and scrambling to collect yourself.

What are your long-term plans for the evening? Will they involve a fast-paced night of drinking or dancing? Will your friends be sticking around or are you going to be alone once the toking is said and done? Many cannabis users experience this greening out effect because they have a sudden change in the environment that makes them uncomfortable, so if you don’t think that you’ll be at ease and with support close by for the evening, then it might be best to stick to smaller amounts.

4. Previous experience with a product or strain

One of the biggest problems with cannabis is that its effects can be unpredictable because every single strain is just a little bit different, and the same is true with various infused goods like edibles or tinctures. If you’ve had a strain of product before, then you’ll have a much better idea of how it will impact you, leading to better, more controlled results each time that you use it. So, if you’re trying to avoid greening out, then it’s always a sound plan to stick to what you know while branching out with the utmost caution.

5. Prior experience with a method of consumption

Edibles are the most notorious of cannabis products for causing an intense and overwhelmingly powerful high that can last for several hours on end with no relief, whereas smoking a joint or a bowl will have milder effects that can begin to wear off in as little as a few minutes. If you’ve never had edibles before, and you’re worried about greening out, then this might not be the right time to try them, because it’s always more enjoyable to get stoned when you aren’t nervous about the experience ahead to start with.

How to know if you're using an unhealthy amount of cannabis

When we are lectured about our health, it is not uncommon to assume that the topic at hand is our physical wellbeing, but an unhealthy amount of cannabis consumption can also lead to mental health struggles, particularly when an individual uses too much on a regular basis. These are some of the main signs and symptoms that you should be watching out for because any of them could be a sign that you’re using far too much green.

1. It’s interfering with your work

You might not feel like you have a problem controlling the intensity of the effects of cannabis, but if using it has begun to interfere with day to day responsibilities like work, then this is a good indication that it’s time to cut back because this sort of behaviour is not healthy. So, if you’re missing days at work or making far too many mistakes when you’re on the clock, then you’re probably using too much cannabis.

Much of the world lives a mere one-week paycheck away from disaster, rarely leaving a cushion for emergencies should they arise, and though most would agree that people who are broke needs the benefits of cannabis more than anyone, there is a line that you should never cross. If you’re forgoing paying the utilities or a car payment because the cost of your habit has gotten away from you, then you’re probably using too much weed.

3. Feeling down or generally unwell

Cannabis is known for its mood and attitude-boosting effects, but sometimes, if you use too much, it can produce the opposite result, leaving you feeling sick, depressed, anxious, and just generally not like yourself. So if you aren’t going through any sudden stressors, and you’ve noticed a significant change in your mood that isn’t for the better, even after getting high, then it might be time to cut back on the cannabis.

4. A lack of motivation

The stereotype of stoners has always been that they’re a lazy, unmotivated bunch, and though we do know that some strains are known to lift people, in large doses, all cannabis can lead to a reduction in motivation that can get in the way of life. If you’ve found that you’re not getting things done and that you’re having a hard time getting off the couch, then it’s probably time to lay off the weed or to utilize much smaller doses while you play catch up.

To date, there is no evidence to suggest that cannabis products, be they dabbed, vaporized, or smoked, cause long term medical problems, however, some people come to the table with prior health issues, and their results might be very different. If you, at any point, feel that you’re struggling to breath when you get up in the morning, or when you do things like exercise, then it might be time to consider either a healthier method of consumption or a serious reduction in the amount that you’re using.

How to counteract a high after taking too much cannabis

One of the biggest fears for brand new consumers is that they’ll accidentally take too much, leaving them in an uncomfortable and overwhelming state that is difficult to shake off. This is a potential risk to some extent because depending on the method of ingestion chosen, the effects of weed can last for anywhere from 3 minutes to 10 or more hours, and there is no way to just shut them off entirely. However, there are some things that you can do to feel better faster, and more comfortable during the time that being stoned is more intense than what you’d expected.

1. Eat food that is high in protein

A good solid snack will help to perk you up by putting something in your stomach, which can help with many adverse effects such as dizziness or nausea. Foods that are high in protein are the most effective, so eggs, nuts, meat, or cheese can do the trick.

Very few people drink as much water as they should, leading them silently and chronically dehydrated, and if you are, then the effects of cannabis can be much more overwhelming, so if you aren’t feeling very well, and if you can before you even get started with toking, it’s a good idea to suck back plenty of water to ensure that you're good and hydrated, which will help to keep you more alert and focused.

Sure, you can ride out a bad high in an uncomfortable chair somewhere, but if you want to feel better faster, the best thing to do is to lay down. This way, all motion stops, which can help to curb symptoms like nausea, and then you can relax more as the effects slowly wear off.

4. Turn out the lights

In some cases, stimulation is what sets off an uncomfortable feeling or sensation when you’re stoned, which is why it can be really helpful to remove all bright lights from the equation. Either a completely dark or dimly lit room will be much easier to recover in, helping you to feel better faster.

Some people prefer to sit in absolute silence as they recover from an intense high that’s gotten away from them, but in many cases, gentle and relaxing music can help by giving them something to focus on while they’re resting in a poorly lit space, waiting for it all to finally be over. It can keep the mind from wandering and the individual-centered, which may be enough to keep them calmer throughout the ordeal.

Figuring out how much is too much is a consistent issue for all cannabis enthusiasts, including those whose tolerance and preference change with age, time, and exposure. It’s not an exact science, but with a bit of trial and error and some caution, it shouldn’t take long to gain a comfortability with every cannabis product that comes your way, making it easier to gauge the amount that you need to achieve the results that you desire. 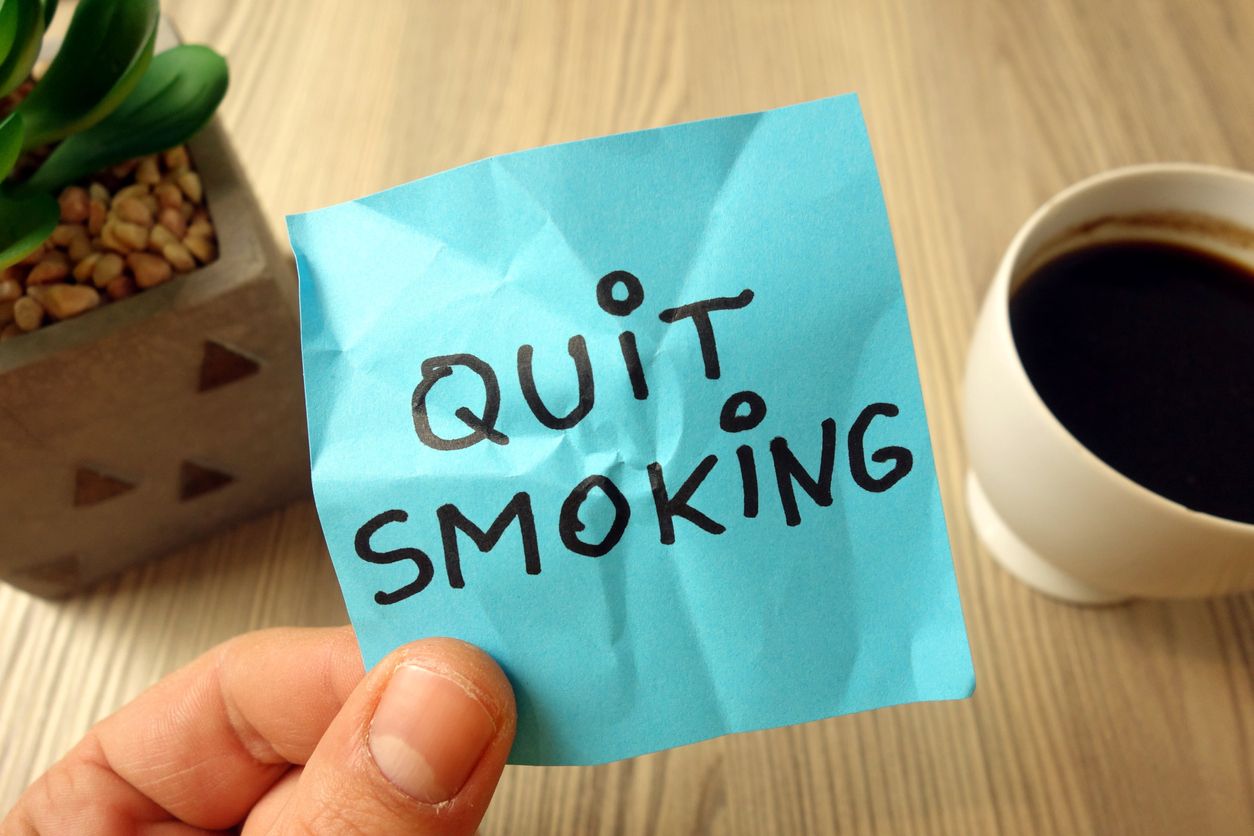 How to tackle the side effects of quitting cannabis

Not having access to cannabinoids can mess with both the body and mind, leaving you tempted to go back on your commitment to sobriety....