How cannabis works as a harm reduction tool

We've talked a little bit about how harm reduction techniques can work to protect those who are most vulnerable from being adversely impacted by exposure to cannabis or related advertising. A necessary step that is accepted because we, as a society, want to do everything we can to safeguard this world. However, it wasn't until recently that cannabinoids were actively tried as a harm reduction tool to combat other problems that plague humans.

What is a harm reduction tool?

Harm reduction tools are put into place to protect anyone who might be negatively impacted by something like a brand new substance on the market. They can take the form of informational ads or campaigns, money funnelled into realistic and effective cannabis education programs, and sometimes made part of federal or provincial regulations.

How cannabis is used as a harm reduction tool

A harm reduction tool is meant to do just as the name suggests, reduce the risk of danger, and cannabis can do just that, but how effective it is and how many things it might protect us against is still highly debated. However, there is evidence to suggest that cannabinoids can help people who may struggle with the following problems.

According to the Public Health of Canada, 64% of Canadians over the age of 18 were obese or overweight in 2017. This is a problem that is even more prevalent in the US, with a rate of 36% who are obese and an additional 32.5% that are overweight, adding up to a staggering 62.5% of the population that struggles to lose weight.

This is a universal problem that is getting worse as highly processed sugary foods fill the shelves at supermarkets. Still, it's something that might be manageable with the assistance of CBD. Of course, THC could make this problem worse, but there is plenty of evidence to suggest that the lesser highlighted cannabinoid could effectively reduce society's problem with weight gain.

Obesity leads to other health conditions, resulting in the death of an average of 30 000 Canadians or 300 000 Americans every single year. Cannabinoids could work as a harm reduction strategy by reducing the number of people who struggle with obesity. In theory, it should significantly lower the number of deaths each year caused by this condition.

When it comes to mental health, we're lacking as far as supports are concerned, leaving far too many to fall through the cracks of our healthcare system. According to one survey, 44% of middle-aged Canadians and 20% of older residents report experiencing more stress now than they did five years ago. We know, due to extensive coverage on the topic, that mental health is not a priority.

A lack of support and treatment options leaves many without hope and desperate for a solution, which forces them to turn to pharmaceuticals that may come with a host of adverse effects, so it's no wonder that so many feel that they have nowhere to turn. Sadly, Statistics Canada reports that an average of 11 people dies in our beautiful country every single day, making it the second leading cause of death among young adults.

Many of these incidents could be avoided with the appropriate support. Though cannabinoids surely don't offer a guaranteed solution to this problem, many believe that it could make an excellent start, and the evidence seems to back that up. This scientific study shows 95.8% of patients reporting relief from depression after using cannabinoids, proving it could work as a harm reduction tool for some mental health conditions.

It is estimated that somewhere between 3% and 4% of the population struggles with a form of anorexia at some point in their lives, with many struggling for the entirety of the time they spend on this earth. Many others struggle to put on weight due to a lack of appetite, which may be linked to other medical conditions such as cancer or depression, but these conditions come with a 5%-10% mortality rate.

These people generally struggle with the mere idea of food, and things like simple smells can be enough to make them feel physically ill, despite the fact that their body needs the nutrients to survive. In most cases, a boost in appetite can give an individual struggling with appetite the motivation to take a running start at a plate of food, as shown by several studies on the subject.

Effective pain management is a necessary part of life, be it for emergencies or long term conditions, and we have so few options to choose from. Much of what we do have is addictive, which has led to the biggest opioid epidemic the world has ever seen. The consequences of which are devastating for all of those who are impacted, and more often than not, it all starts with hard to manage pain.

Cannabinoids can offer a significant level of relief for all different types of pain. Though we're sure you've heard of cannabis addiction, the effects of that are far more manageable than those from addictive pain killers. Cannabinoids are effective for pain management and entirely safe for consumers to take, which is why prescribing them before harsher alternatives could be an excellent harm reduction strategy.

Seeking an alternate state of mind is no new thing for human beings, who have been looking for a different state of consciousness since the very beginning of time. Still, addiction to dangerous drugs has become a problem within our society, as shown by the mere existence of the opioid epidemic. Most street drugs can be hazardous, leading to overdoses and lifelong addiction, which impacts around 8 million people in Canada alone.

There is no easy way to get off of the hardest drugs. Still, many who use cannabis report a disinterest in other substances, a fact that should be further explored by researchers for its potential as a harm reduction tool, but that's not all. Cannabinoids also seem to be powerful enough to push people past addiction to other drugs by providing them with a safer alternative that fills their craving for relief, without all of the harmful side effects.

The possibilities are endless

It might seem a bit far-fetched after so many years of stereotypes, hysteria and paranoid surrounding cannabis. Still, the plant truly does hold the power we need to solve many of the problems that plague society today. Of course, like any treatments, cannabinoids have appropriate places and limits to their benefits. Still, it could be an excellent start if pot plant products were used more often in situations where it might genuinely make a difference in people's lives. 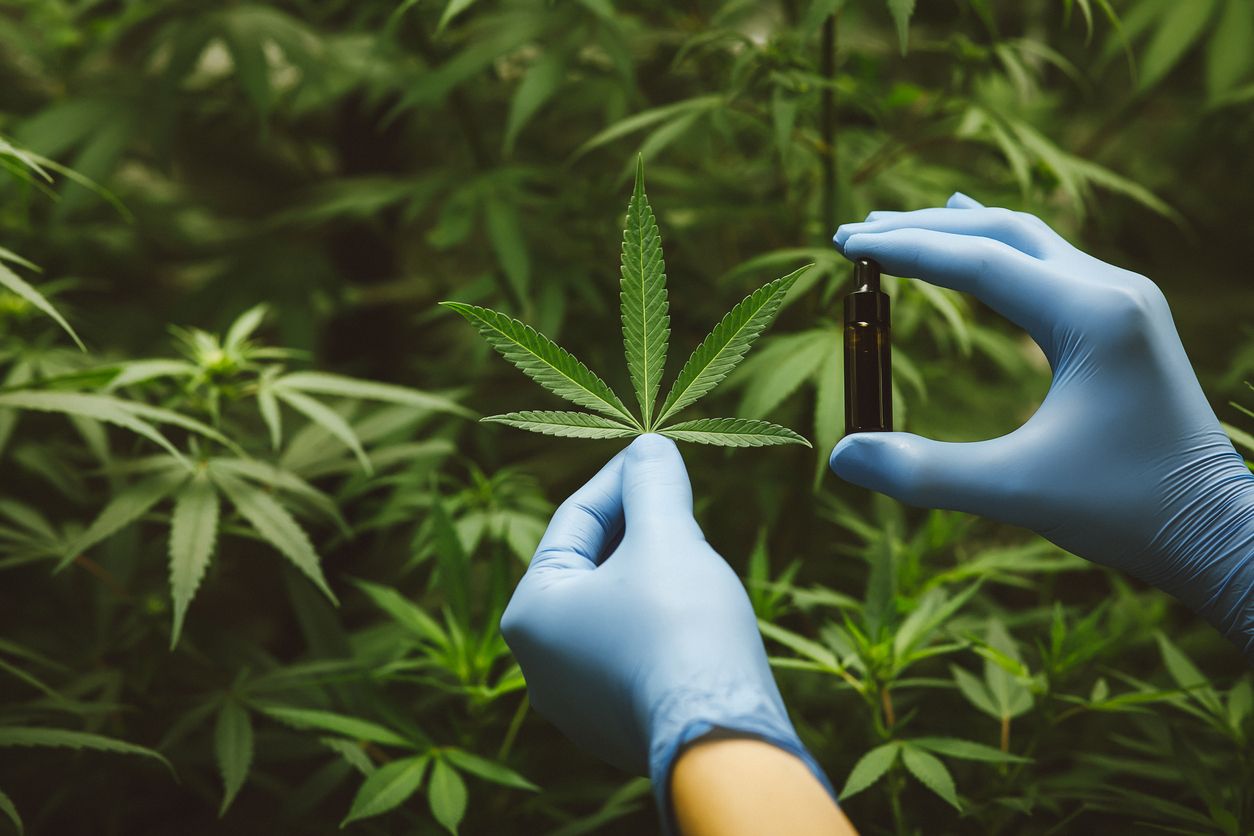 Study suggests cannabis may be an effective therapy for opioid abuse

New research suggests that cannabis may be a useful harm reduction strategy for today's youth who are struggling with addiction....