Could ketamine be the next drug to compete with medical marijuana?

Medical cannabis has already changed the lives of millions of people who struggle with common symptoms and conditions such as pain or anxiety, but now it seems that there’s a new player on the scene that is promising a hopeful future despite its many problems and its ketamine. You might have heard of this drug through the news, as issues with overdoses are prevalent among street users, but it’s now right here, being touted as a replacement for cannabis.

Ketamine is commonly known as a street drug that holds an illicit status in much of the world, but it’s actually an ingredient that is frequently used to begin and maintain anesthesia for both people and animals who require more serious treatment such as a stronger level of sedation, or surgery in order to see an improvement. It may come in either a powder or liquid form, but both are the same substance.

The effects of ketamine

Ketamine is used in strong medicines such as horse tranquilizer, so as you can imagine, the effects are all akin to those that you might expect from cannabis, only amplified.

Is it legal to use?

Ketamine, at this point in time, is only legal for use by licensed and practicing medical practitioners who have a need for its effects. It is most commonly administered in a clinical setting, and sometimes prescribed as a short-term treatment, but it is not openly available on the market for just anyone to buy. So, while it is a drug that your doctor may recommend, it is not legal for the average person to buy, sell or use.

There is still far too much that we do not know about ketamine, but we do have some research to reference in regard to the drug's potential benefits. In the ’60s, ketamine was used in low doses to treat soldiers who were wounded in the Vietnam war, and since then, it’s offered some of the biggest advancements in research for a treatment for depression to date. However, unfortunately, all of that power comes at a price, particularly if it’s abused.

Ketamine seems to be capable of doing a lot of good, but it’s also fraught with problems when it’s taken in large amounts, or for too long; Some of which may include things like:

The staggering differences between cannabis and ketamine

There is no denying that there are some incredible similarities between cannabis and ketamine, as both are well-known sedative drugs that can help to treat similar medical conditions, but that is where the comparisons end and the differences begin. Though ketamine might hold an important place in the medical field today, it is an addictive drug that can wreak havoc in large amounts, making it much less safe when compared to cannabis.

Ketamine might be one of the first few street drugs to be legalized by the government, but it will never compare to cannabis. So, while it might be helpful for some patients who are not successful or comfortable with pot-related treatments alone, it will never be real competition for good old-fashioned green. 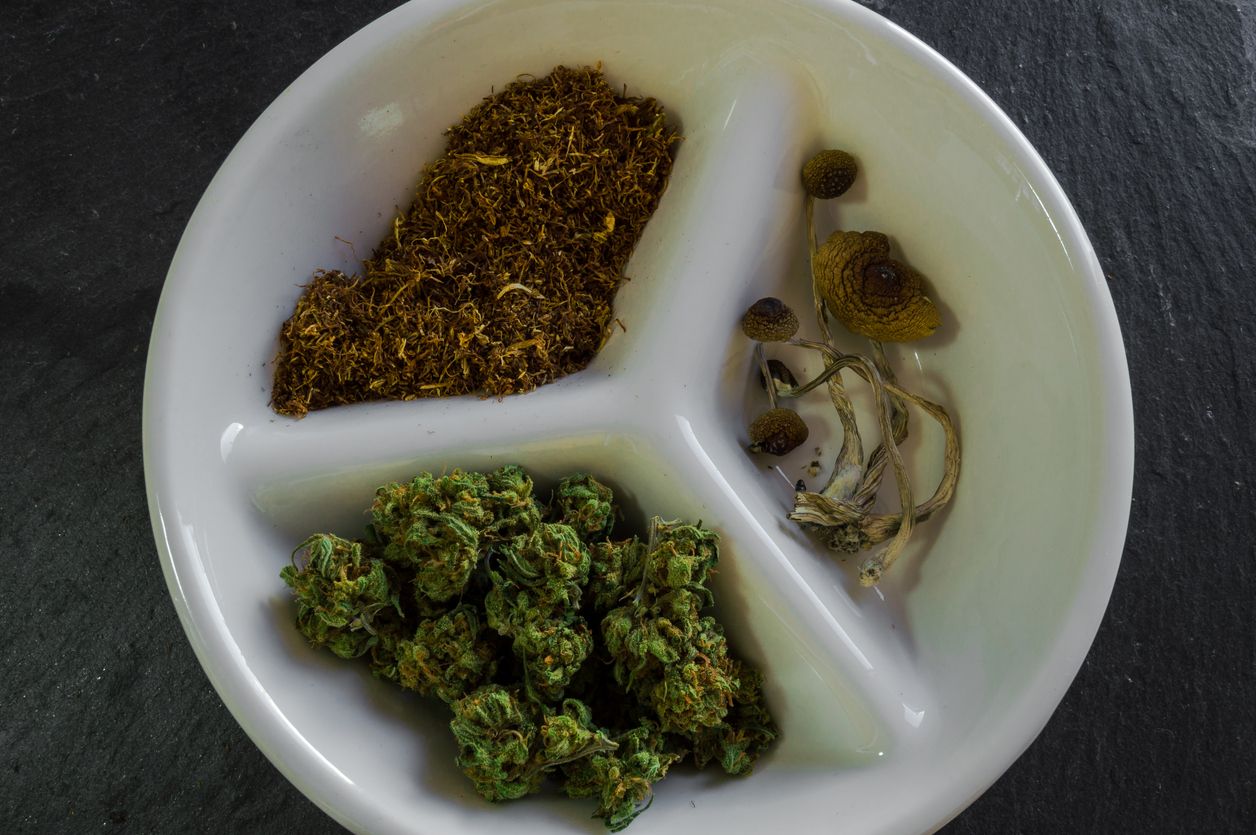 While we cannot deny the lure of the enticing psychedelic mushroom, we do know that at least for now, cannabis is the much safer option of the two....