Could genetics be key in diagnosing cannabinoid hyperemesis syndrome?

Most people know that cannabis can make you feel relaxed, euphoric, happy, and well... stoned, but few discuss the fact that for some, it’s simply not an option. What is therapeutic to most can be debilitating and even deadly for others, and that is true with cannabis, as the unfortunate souls who are diagnosed with cannabinoid hyperemesis syndrome can attest. It was once believed to be a myth, but these days it’s a label that’s being slapped on people left, right, and center by modern medical professionals.

What is cannabinoid hyperemesis syndrome?

Cannabinoid hyperemesis syndrome (CHS) is a condition that most commonly affects seasoned cannabis consumers, many of whom have toked and eaten pot products without issue for a number of years before receiving a diagnosis. If you want a more detailed explanation of how it all works, then you can learn all about it and current theories by clicking here, but the general idea is that one day, cannabis goes from a relaxing habit to a sickness-inducing substance.

Some people report a general feeling of unwellness, a not-so-severe reaction to cannabinoids entering the bloodstream. Unfortunately, some also experience more devastating symptoms, such as violent bouts of vomiting or diarrhea, and though the severity of these issues may vary, most don’t seek medical assistance or diagnosis unless their symptoms are severe, requiring a hospital stay, IV fluids, and medical supervision.

How common is a CHS diagnosis?

We aren’t entirely sure how many people out there have CHS because there simply isn’t enough evidence to make a reliable conclusion, but one thing is for sure, and it’s that a CHS diagnosis is much more common today than ever before. Some say this is because of legalization, which made potent cannabis products accessible to all. Still, it's hard to ignore the fact that the way a CHS diagnosis is provided might be to blame for the sudden increase of patients who are receiving this label.

How cannabinoid hyperemesis syndrome is diagnosed

Cannabinoid hyperemesis syndrome (CHS) isn’t something that medical professionals can test for. Instead, it’s a conclusion that’s typically drawn as a result of any other possible cause being ruled out. It’s a shot in the dark that’s not always accurate, and that’s a serious problem for cannabis consumers. Many of whom are left confused and without answers after a terribly uncomfortable experience with cannabinoids.

Researchers are hoping the key to accurate diagnosis is genetics

Experts are taking what we know already about CHS and using that information in a search for genetic markers that could make it easy to create a verifiable test that would improve the reliability of this diagnosis. So far, according to one study conducted by Endocanna Health, there are 5 gene mutations that seem to have a plausible and causative role in how cannabis impacts a person. The hope is that more markers of interest will be found, which could increase the reliability of a potential CHS test.

Why do we need this?

CHS can wreak havoc on the body, leaving a person feeling ill for several hours, days, or even weeks after ingesting cannabis products, but the symptoms that are tied to this awful condition are rather vague, which is why it’s so easy to mistake something more serious for a bad reaction to weed. When this happens, time could be wasted that should be spent looking for the real problem at hand, as a person who receives a CHS diagnosis is likely to go home and steer clear of the green while hoping for the best, all the while something else could be getting progressively worse while it’s ignored.

On the other hand, cannabinoid hyperemesis syndrome has symptoms that are eerily similar to everyday bugs, illnesses, and problems we run into, like food poisoning or flu, and when a doctor is too quick to slap someone with this label, they go home under the impression that they should never touch cannabis again. For medical patients as well as those who choose it over more harmful alternatives like alcohol, this shift could be life-changing and not for the better, and that’s why it’s imperative we find a way to be sure before handing down what could be a senseless sentence to forever quit. 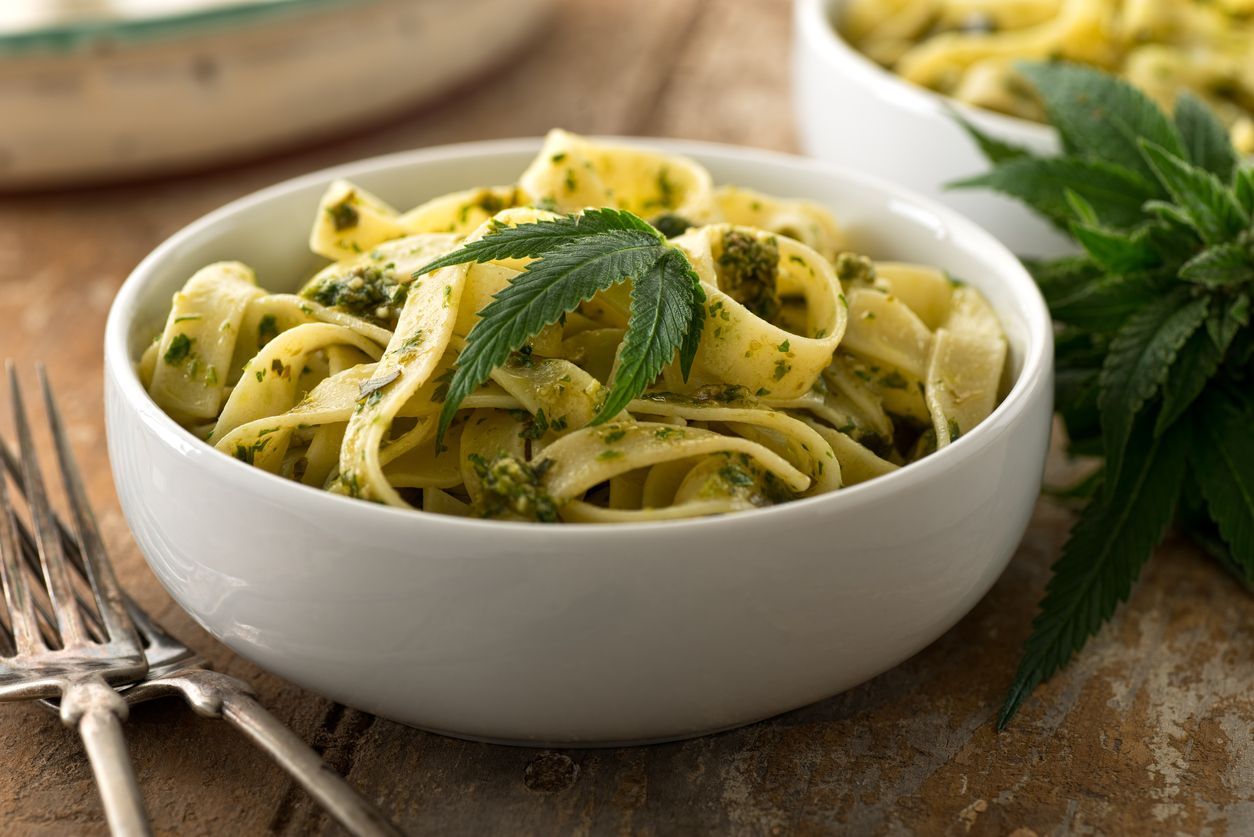 The best cannabis strains for treating nausea and appetite issues

There is little else that can slow us down in the same way that nausea or a lack of appetite can, as food is a necessary fuel for the body....