Cannabis and its potential role in treating glioblastoma

The subject of cannabis and cancer is one of great debate, with more anecdotal evidence based on individual testimonies than actual science, but that is slowly changing as it gets easier for researchers and clinicians to conduct clinical trials. So far, there is evidence to suggest that cannabinoids may be useful as a treatment for cancer, but only for certain types.

Glioblastoma is a devastatingly aggressive and surprisingly common type of brain tumour impacting an average of 12,000 people in the United States alone each and every year. Most with this diagnosis don’t live much beyond 15-18 months, with a 5-year survival rate among patients sitting at an average of 5%. It’s a terrible illness which is why researchers are always looking for new ways to cure it.

The current investigation into treatment for glioblastoma

UK-based researchers are now studying the positive effects of cannabinoids on the prognosis of patients with glioblastoma, and they’ve just recently begun phase 2 of a clinical study titled ARISTOCRAT. Here, experts are looking at the potential of cannabinoids to boost the effects of chemotherapy while also helping to protect the body from some of the damage caused by prolonged exposure to chemo and radiation therapy. The hope is that cannabinoids may be able to improve patient outcomes.

This kind of brain cancer starts in astrocytes which are glial cells. Typically, astrocytes play a critical role in the health of synapses in between neurons, but when they no longer function properly, they can cause massive problems in previously healthy tissue. Cancerous astrocytes eventually form a tumour that grows quickly, which is why the current recommended treatment is a combination of surgery, radiation, and chemotherapy. Unfortunately, even with all of these strategies, 95% of patients with glioblastoma will die within 5 years of receiving this diagnosis.

A team of researchers at the University of Leeds is looking into the potential of cannabinoids as anti-cancer agents when used in combination with Temozolomide which is the best-known treatment for glioblastoma, but over time, cancerous cells build up a tolerance to chemotherapy, making it easier for the tumour to reemerge. If this problem is to be solved, researchers must figure out how to overcome this tolerance, and that’s where some experts are hoping that cannabis can help. So far, the results of clinical trials are promising, but more study is needed before we’ll know precisely how effective the combination might be.

Most cases of glioblastoma are characterized by an increased expression of the CB2 receptors that are on these cancerous cells, which suggests that cannabinoids could potentially work as a treatment to either slow its growth or cure cancer entirely. In vitro experiments revealed that a THC treatment could shrink glioblastoma tumours. Further experimentation found that THC treatment could mediate the cannabinoids' anticancer effects by making the cancerous cells self-destruct. Perhaps even more important is that the THC did not damage any surrounding healthy cells, but instead targeted malformed cells. 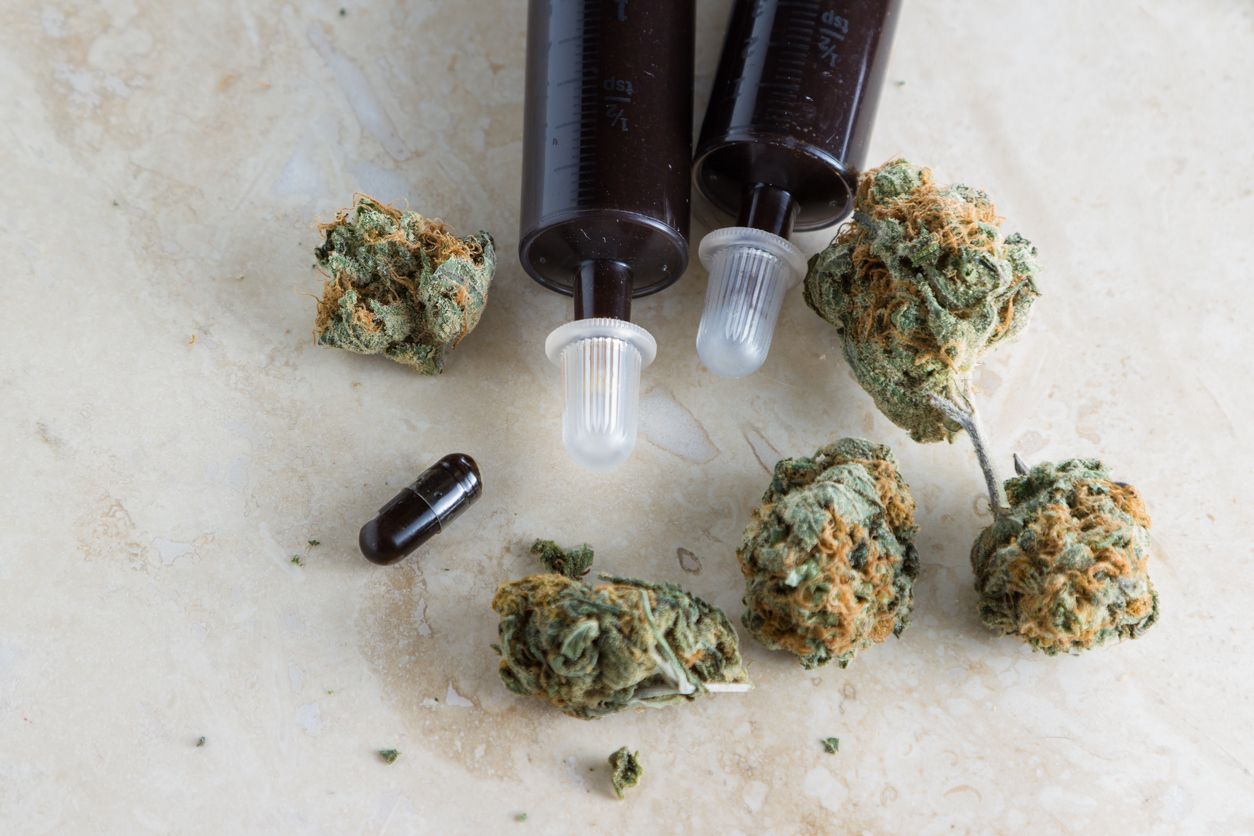 What is Rick Simpson Oil and How to Make it

Rick Simpson is a well-known, longtime medical marijuana advocate, and he created RSO in an attempt to garner relief from his cancer....