Can cannabis offer any protection against mosquitoes?

Now that we’re in full swing of the hottest months of the year, many of us are taking the time to get outdoors and enjoy all that nature has to offer, but once we’re comfortable, so are our local bug populations, and that means it’s mosquito season. These minor annoyances aren’t typically too much of a problem, but if you’re staying in an area with plenty of still water, finding a solution can suddenly become of the utmost importance, and one helpful tool in your arsenal against the itchy nuisances is cannabis.

Does cannabis work as a mosquito repellent?

Cannabis is one of the few plants that repel mosquitoes when they’re growing fresh in the ground, but that effect wears off once the plant is picked, so carrying a few simple buds around with you isn’t going to be enough to ward off the hoards off buzzing mosquitoes when you’re out and about. If you want to embrace the natural power of the cannabis plant’s mosquito repellent quality, then you’ll need to add it to a liquid solution that is safe to be applied to the skin.

It might not be as effective as a chemical-based toxic product like Deet, but you won’t have to worry about cancer either, which is a plus as far as mosquito repellent goes, and when you’re making your own, it’s really easy to accommodate skin and smell sensitivities so that your repellent won’t be burning your nose when you apply it like store-bought versions often tend to.

Strains to use for making mosquito repellent

If you’re looking for the best strains to make homemade mosquito repellent, then you’ll want to start with the stinkiest and most pungent ones that you can find. Cannabis strains that produce natural gassy, diesel or skunk aromas will be the most effective, because if you can’t ignore the smell, then the bugs won’t be able to either.

Which ones to avoid

Mosquitoes are known to be drawn to things that we can't see, like the carbon dioxide that is released each and every time we breathe, sing, or speak, but they also seem keen to hone in on sweeter smells, which is one of the many reasons why avid outdoorsmen will warn you not to wear perfume where you might run into problems with bugs like flies or mosquitoes. That is why it’s a good idea to avoid sweeter and flowery strains when you’re making homemade mosquito repellent.

What about the smoke?

You might have noticed that when you’re smoking a joint or even vaping that the bugs steer clear of the cloud of smoke, and that is because they don’t like it any more than we do. Their tiny bodies simply cannot handle or process smoke of any kind, so they flee it as if their lives depend on it, but that doesn’t mean that you can protect yourself by smoking cannabis alone. For obvious reasons, it’s impossible to keep a continuous flow of cannabis smoke surrounding you outdoors and standing in a consistent streaming cloud of it would be the only way to ward them off reliably.

Will the mosquitoes get high from biting when you’re stoned?

A lot of people wonder this, and in all truth, it’s not a silly question. After all, the cannabinoids travel through the bloodstream to take effect, and since they suck our blood, it makes sense to assume that this could be possible, but it’s not. For us, cannabis works because we have an endocannabinoid system that is equipped with receptors to process them in a way that makes us feel stoned, but tiny bugs like mosquitoes don’t have any of that, so it is impossible for them to get high from drinking the blood of a cannabis consumer.

Mosquito bites suck, but now you know that you have options that go far beyond the toxic store-bought alternatives that are out there. So don’t waste any time, and get some ingredients together so that you can experiment with your very first batch, and in no time you’ll have an added layer of protection that only cannabis is able to provide without any of the risks that we’ve come to accept from regular mosquito repellant options. 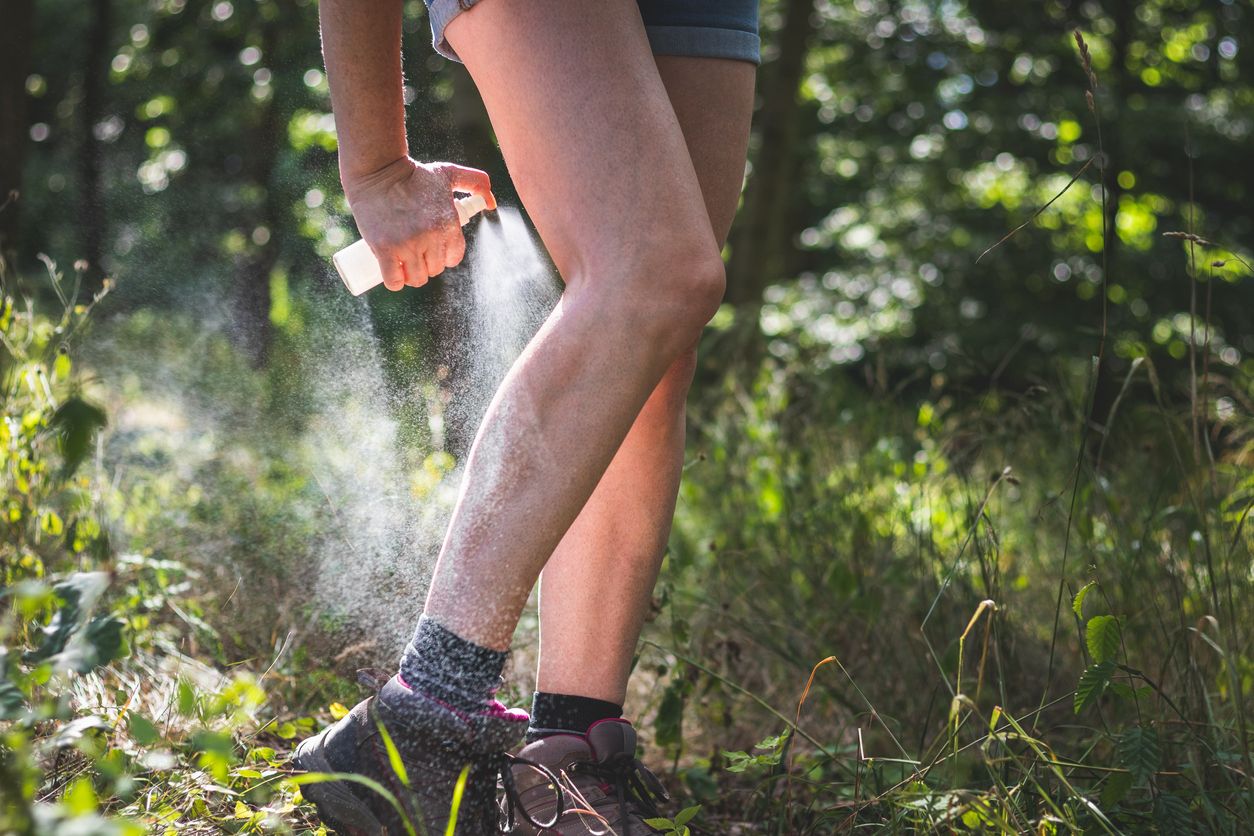 Luckily, if you keep just a few cannabis products on hand, you can avoid many of the stresses of summer....