What is Dabbing, and Other FAQs

Dabbing has been around since the ’70s but it has increased in popularity due to the commercial development of medical marijuana and its legalization, which appears to have created a whole new niche for the industry. However, it is a more complicated method of cannabis consumption, so we’re here to help you to understand what dabbing is, how it works, and anything else that you might need to know along the way.

What is the meaning behind dabbing?

Dabbing is a term that describes a trending dance move, but in the world of cannabis, it means to consume cannabis concentrates by placing them on a heated surface. When the dabs come into contact with the heated piece on a dab rig, it essentially vaporizes them into a cloud that is quickly inhaled through a mouthpiece, and that is dabbing.

What are cannabis dabs?

The term cannabis dabs might sound like something from out of this world, but it’s not a new type of product at all, in fact, all smokable marijuana concentrates like BHO, shatter, and wax are all cannabis dabs.

What is dabbing CBD?

Dabbing CBD isn’t much different from dabbing THC products, only unlike its psychoactive counterpart, it will not get you high. Dabbing CBD is enjoyed by many for medical purposes to treat a variety of illnesses and ailments without any interference with the mind.

How dabs are made

Dabs are produced from extracting THC and other cannabinoids from marijuana. Some compounds such as terpenes, CBD, or aromatic oils can be extracted as well. Extraction is usually done with carbon dioxide or butane, and the outcome is a viscous, wax-like consistency that gets heated up and then smoked. THC is undoubtedly the chief reason for the subsequent power of the high.

What is a dab pen?

A dab pen is a fancy name for a vaporizer, and the two are essentially the same thing. The main benefit that comes from choosing a dab pen over a dab rig is in two main characteristics, including ease of use, and size. Dab pens will heat up to the ideal temperature to vaporize marijuana concentrates, and they are usually rechargeable, taking away the need for a massive torch and glass piece, whereas dab rigs are typically manual, which means you need a torch and a keen eye to get the best temperatures for dabbing.

People often ask, "Is dabbing safer than smoking?" To answer that, you’ll need to know what happens after inhalation. When you dab by vaporizing, nearly 95% of the gases will contain cannabinoids. Combusted smoke gases are made up of only 12% cannabinoids. Combustion of marijuana also imparts a couple known tars and carcinogens. These lead to chronic bronchitis over time because of how they irritate the lungs. These facts can be used to determine whether dabs are bad for your lungs.

Perhaps the central reason dabs are thought of as dangerous, is due to the process in which they are made. It's an enormous fire hazard, especially if performed by amateurs, and deadly accidents, unfortunately, occur quite frequently. Making dabs involves using butane gas to take the THC out of marijuana.

The compound is subsequently heated in order to evaporate the butane, and this will leave the concentrate intended to be smoked, which is the part in the production that is most dangerous. Gas often stays in the room, meaning one small flame can create an explosion. Some explosions are big, and some are small, but it's a fire hazard either way due to how easily one small spark could create one and/or a house fire.

As a marijuana concentrate, dabs are a minimum of 4 times more potent than smoking a joint. This delivers the end-user an instantaneous and stronger high than the slower high of smoking, but is dabbing bad for you? You may also be thinking, "are dabs bad for your lungs?" In fact, users have reported much less irritation than smoking.

Dabs are green or brown and look gummy and thick, much like hot wax. Users ordinarily smoke dabs with a modified bong for that immediate and intense high. It's no surprise that its potency reigns supreme, given the fact that the thing you're smoking is made from a product that is sometimes more than 95% THC concentrate.

To date, there is absolutely no proof or study that suggests that cannabis is addictive in any way, and since dabs are just marijuana elements in concentrated form, the same holds true for them. However, there is reason to believe that higher exposure to more potent cannabis products will build up a tolerance to THC, which can result in the consumer needing more to get the same effects.

Why is dabbing bad?

Dabbing itself isn’t inherently bad, but you will definitely want to check out this handy list of downsides that every stoner should know before they try it.

1. You cannot try dabbing with a normal bong

Most beginner cannabis consumers wouldn’t know where to begin in telling the difference between a dab rig and a bong, as they both look quite similar with one major difference. A bong is equipped with a bowl for dry flower and hash, but a dab rig features a nail instead. The nail is superheated to vaporize dabs, and since you can’t do that with a regular bong bowl, you will need, in the very least, an adapter.

2. It is expensive to start

After number one on this list, you probably thought that you’d get off easy by just buying an adapter for your pre-existing bong to save money, but if you didn’t have one in the first place, then you will need to buy a whole dab rig, which is a purchase that can cost just as much or more than a bong and an adapter piece.

3. No regular lighter is going to do the trick

Once you decide on a base, you will also need to fork out some cash for a torch. Unfortunately, a normal Bic lighter just won’t work for dabbing, and since a cheap one isn’t going to properly replicate the experience, that can cost anywhere from $20-$40.

They also don’t last forever, so don’t forget to grab an additional tank too, bringing the average total price to start between $70-$120, and that’s just the basics that you will need for dabbing. Other expenses like dab tools will also slowly add up, so it isn’t something that you want to invest in until you are certain that you will enjoy it.

4. Dabs only (no hash or pure flower)

Dabbing can offer a really potent hit that is far beyond anything that you could ever achieve with a regular joint or bong because the only way that it works is with cannabis concentrates, which often measure up to 80% THC. Dabbing cannot be done with regular buds, which are the cheaper cannabis-derived product, and concentrates can cost up to five times more, a hefty bill that can add up quickly, and that is if you can even legally purchase dabs, as these potent concentrates are not yet legal in most regions.

Dabbing and vaping are just a couple of the latest trends spreading amongst cannabis consumers, and that is because they both work on the same premise. The ideal level of heat is supposed to be applied to the concentrates, which vaporizes the cannabinoids into a moisture-filled vape cloud rather than a more traditional smoke.

Though the idea is a theory, that is only the case if you are heating the concentrates just enough without burning, which is a tricky feat without the assistance of an automatic electronic dab rig. Most of the time, dabbing is no healthier than any other method of inhaling, so it isn’t a good reason alone to make the switch.

A lot of cannabis consumers hear that dabbing is healthier, and automatically assume that these mysterious devices must somehow offer a smoother hit, but that is definitely not the case. In fact, most who try dabs, report that it is typically much harsher to inhale. So, while each hit will be condensed and potent, dabbing can be hard on the lungs, which is why it isn’t recommended for anyone with lung-related medical issues.

7. The whole process is trial and error when done manually

Rolling a joint and sparking it up is pretty easy, but dabbing is a more complicated art that requires precision and experience to do well. Though that doesn’t mean that you can’t dab as a beginner, it will take plenty of trial and error before getting comfortable with dabbing enough to reliably and successfully use a dab rig with concentrates.

Reaching the ideal temperature by eye is nearly impossible, as none of us can measure heat that way, so this skill is more about comfortability and predictability of the tools being used. Luckily, there is the option of digital automatic dab rigs, but they come at a high cost that not everyone can afford, with the average, basic version starting around $150.

8. Dabbing can be performed at either low or high temperatures

After reading number seven on this list, you might have assumed that getting the nail super-hot would be of priority, but there are many different ways to dab. There are the cold start method and warmer options that all offer a completely different experience. It’s a bit of a confusing experiment, and not everyone is able to master any of them.

Most people who enjoy dabbing are simply heating the nail to a point that it produces smoke to inhale, but that isn’t really the best way to dab, and finding a sweet spot that works for you can be hard. This means that you will have a whole lot of learning to do along the way before finding your groove.

9. The taste and smell of dabs are different from pure buds

Some cannabis enthusiasts love the taste and smell of dabs, but many of the concentrates that are considered dabs are made using processes that remove the terpenes and other influential qualities from the equation, leaving a blander taste and minimal residual smell, which is really only helpful for those who are worried about smelling like pot, but if you like the smell of burning herb, then dabbing might not be right for you.

Dabs are marijuana concentrates, and though these potent products are often coveted for their quality, they can get incredibly messy, especially once things start to heat up. If you drop a dab, it isn’t going to sprinkle a light bit of cannabis that can be easily brushed away, and it’s going to stick a blob of hard to clean product to pretty much any surface nearby, which makes a dab mat, dab tool, and cleaning products at the ready absolutely necessary. 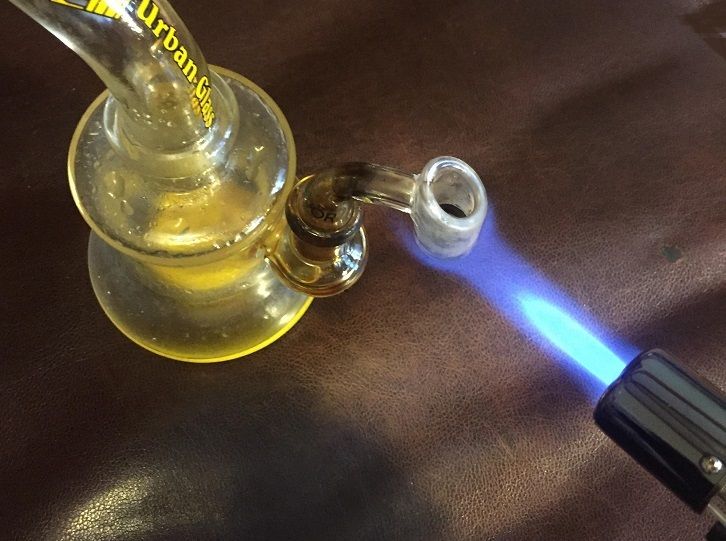 If you are new to the big wide world of social dabbing than chance are you have yet to brush up on proper dabbing etiquette. ...