Countries Where Weed Is Legal

Though marijuana legalization might seem like a relatively new trend, different forms have been occurring all around the world for many years. Some regions maintain rigid policies that only allow for licensed medical patients to consume or possess cannabis, while others like Canada, have taken a unique approach by slowly releasing higher concentrates products over time.

Hence the reason why it is important for travelling or moving cannabis consumers to be aware, as regulations can change so drastically just by crossing the border that you could go from legal consumer to be jailed, just by heading out on vacation. Here, you will find a complete list of countries with legal weed and a few other important facts about the legality of cannabinoids.

The jargon that is used to describe laws can be confusing for the inexperienced, which is why it is so important to note the difference between marijuana legalization, and decriminalization, as they have some eerily similar qualities and restrictions.

Marijuana legalization is a term that is used to describe an introduction of a law that allows for the consumption and tax on cannabis products. Often this means that there are restrictions set for possession, growing, selling and consuming in public spaces. It also suggests that there are no criminal related charges that exist for the regular use of cannabis.

Decriminalization often comes with a maximum limit and restrictions on cultivation same as with legalization, with the main difference being fewer restrictions and rarely enforced infractions. Regions that decriminalize marijuana leave the market and consumption up to consumers, with little, if any government involvement.

Cannabidiol (CBD) and tetrahydrocannabinol (THC) are two very different elements, but since both products became wildly popular at the same time, they are often mistaken as being connected. While CBD is frequently present among cannabis strains, it is produced in the most significant quantities by industrial strains of hemp, that do not produce high levels of THC. CBD products are generally made using hemp plants which are governed by a different set of laws.

Some regions that allow the use and sale of CBD products have not legalized cannabis, so it is important to know the difference. If you’d like to learn more about the laws surrounding CBD, then you might want to head over to our guide on CBD legality by country.

Countries where weed is legal

America is one of the most unique countries on this list, as it has yet to introduce marijuana legalization at the federal level while boasting one of the most profitable and bustling cannabis markets in the world. So far, 33 US states have been approved for some form of cannabis consumption, be it for medical or recreational purposes, and many others are ready to join in, as societies views shift towards a more accepting perspective of marijuana legalization.

It is important to remember that all the countries that are listed here, provide their own unique spin on marijuana legalization, so while they may have earned a spot here, that doesn’t necessarily mean that they are entirely cannabis-friendly. For a more in-depth look at the specifics of each region’s laws, check out our guide on marijuana legalization around the globe. 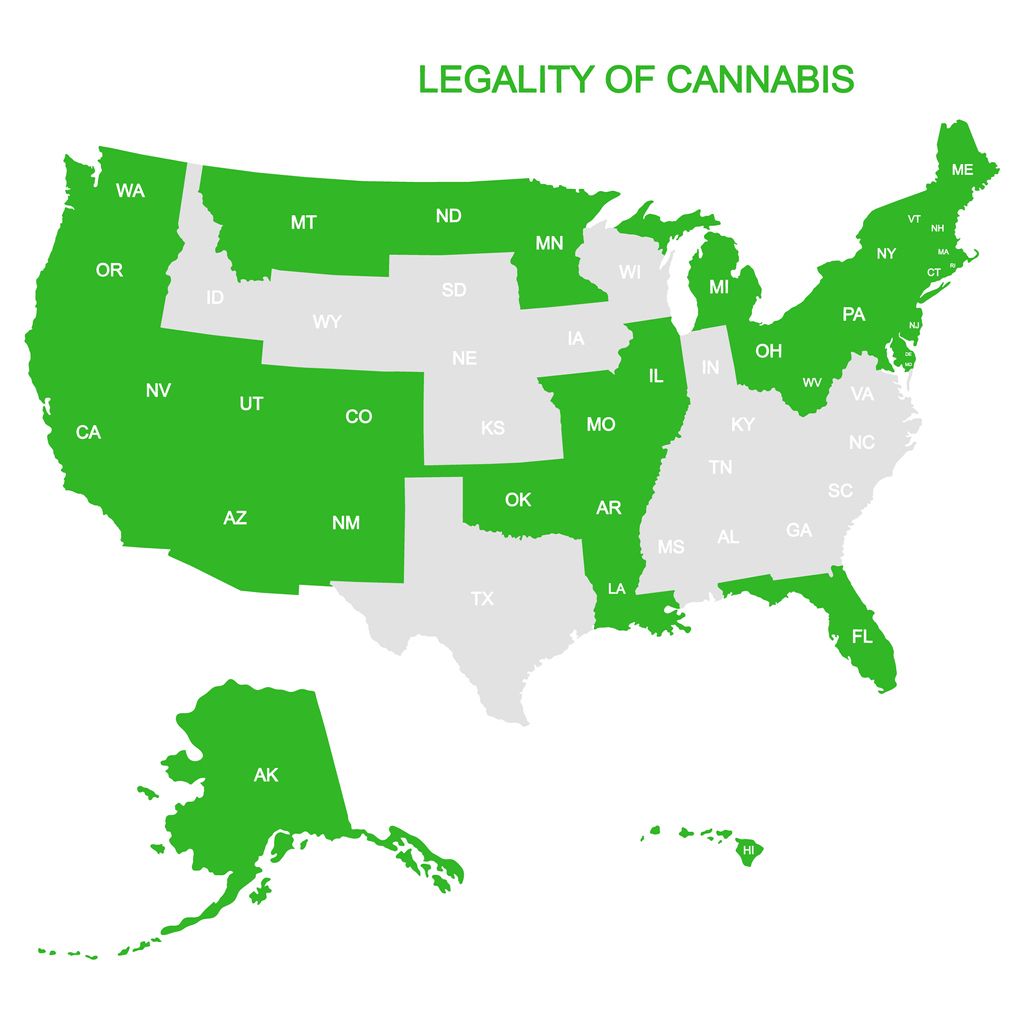 39 Conditions and Diseases listed in the Act: Medical Conditions That Qualify for a Medical Marijuana Card by State

The United States has not yet legalized cannabis at the federal level, which is why the complicated system for medical marijuana is state-specific....