The Pros and Cons of Edibles vs Smoking

Whether you are an old consumer, who is weighing potential options or someone who is new to cannabis, knowing the difference between how various products might affect you is important. With so many exciting methods of ingestion to consider, many anxious customers make spur of the moment decisions resulting in a less than desirable experience.

Here we will focus on the two most commonly used methods, including smoking and edibles. Both of which contain marijuana plant materials or extracts, and provide very different results in terms of effects, health impacts/benefits, additives, and processing.

Edibles can take nearly any form and might include hot or cold drinks, alcohol, desserts, snacks, side dishes, or main courses. Any recipe that allows for a cannabis-infused version of a base ingredient to be used as a replacement can be turned into a cannabis edible. This is typically done with pure herb or infused ingredients such as cannabis cooking oil, alcohol, or cannabutter.

Consumers that choose to smoke cannabis may do so using dry herb, hash, or a combination of bud grind and marijuana concentrates using tools like rolling papers, bongs, or weed pipes to consume the smoke-filled with cannabinoids.

How are edibles vs smoking products processed?

These two products go through an entirely different process to be prepared for consumption. Goods that are smoked include raw cannabis flowers and marijuana concentrates. Dry herb is grown until it matures before it is harvested and then cured. A relatively simple process that requires no use of harmful additives like fertilizer, solvent, or other chemicals.

Whereas with edibles cannabis concentrates are typically extracted from raw plant matter using a solvent that will bind to the cannabinoids. In some cases, cannabis cooking oils or cannabutter are added to the meal, which is completely safe to eat, but in those that are meant to be smoked, there are more things to be concerned about.

Good manufacturers use chemical-free extraction methods like CO2, which is completely safe, but many black-market concentrate products are made using harsher solvents like butane to draw out the powerful elements from the plant matter. So, it is important to note that there is some variation with smoking that isn’t present with edibles.

The difference in the effects of edibles vs smoking

While there is much debate as to why edibles and smoking seem to affect consumers in entirely different ways. Edibles, regardless of their strength tend to have much more potent and often intoxicating effects when compared to those from smoking. Hence the reason why dry herb is so often recommended for beginner consumers, as edibles are most likely to result in an intense buzz that can last for several hours.

Edibles are typically eaten quite quickly as the consumer waits patiently for the effects to take hold, but no matter how fast you chow down a pot brownie, the effects will still take longer than you might expect. When an edible is eaten, the cannabinoids travel with the food particles all the way down to the person’s stomach, where they are absorbed into the bloodstream, but this is a process that can take up to 2 hours, which is also how long you can expect to wait to feel any effect.

Since they take so long to make it into the bloodstream, it makes sense that the effects would reflect that, but edibles are sneaky and powerful products that can linger and continue to significantly influence a consumer for up to 12 hours after the initial ingestion.

How long does smoking weed take to kick in?

When you inhale a cloud of cannabis smoke, the cannabinoids travel through it and into the lungs. There, they are almost instantly absorbed into the bloodstream via thousands of alveoli, which are tiny air sacks that provide an easy route for the cannabinoids. That is why you shouldn’t hold in a toke, as it will only make you cough. Your buzz will not increase, as the majority of THC is instantly absorbed, which is why smoking weed takes such a small amount of time to be felt.

How long do the effects of smoking weed last for?

When THC is inhaled, it takes effect immediately, and the rate at which the human body processes the element is much faster than it is with edibles. After smoking weed the effects can last for up to 6 hours before they begin to wear off, but the average is typically closer to 2-3 hours for regular consumers.

Drug testing for edibles vs smoking

Long after the effects have worn off, there will remain traces of cannabinoids and fatty proteins that are created by the body after processing THC. The amount of time needed to pass before you no longer test positive for cannabis will depend on the kind of test.

Hair
This kind of drug test can go back years into a person’s substance use, so there is no precise amount of time after using edibles or smoking cannabis that is effective to wait. Some users will shave their head and body hair to quicken the process, but in general, hair follicle testing can go back for at least an entire year, and often more.

Urine
These drug tests utilize a predetermined cut off level of an element, so they will only show positive if there are high levels in the system. If it’s a urine test that you need to pass, then 30 days is a relatively safe window of time for the cannabis to have left the body. The same holds true for both smoking and edibles.

Saliva
Saliva tests look for cannabis that has been consumed recently, and they are typically accurate for up to 24 hours after ingestion. Some people hope that the fact that edibles are not smoked will mask and avoid a positive saliva test, but both marijuana products can cause a positive result.

Edibles vs smoking - Which one is better?

Ultimately the decision of which one is better will depend on individual needs and preferences, as both smoking cannabis and edibles offer a unique experience that serves many different purposes. To help you to decide, we will leave you with a helpful list of the pros and cons of each one. 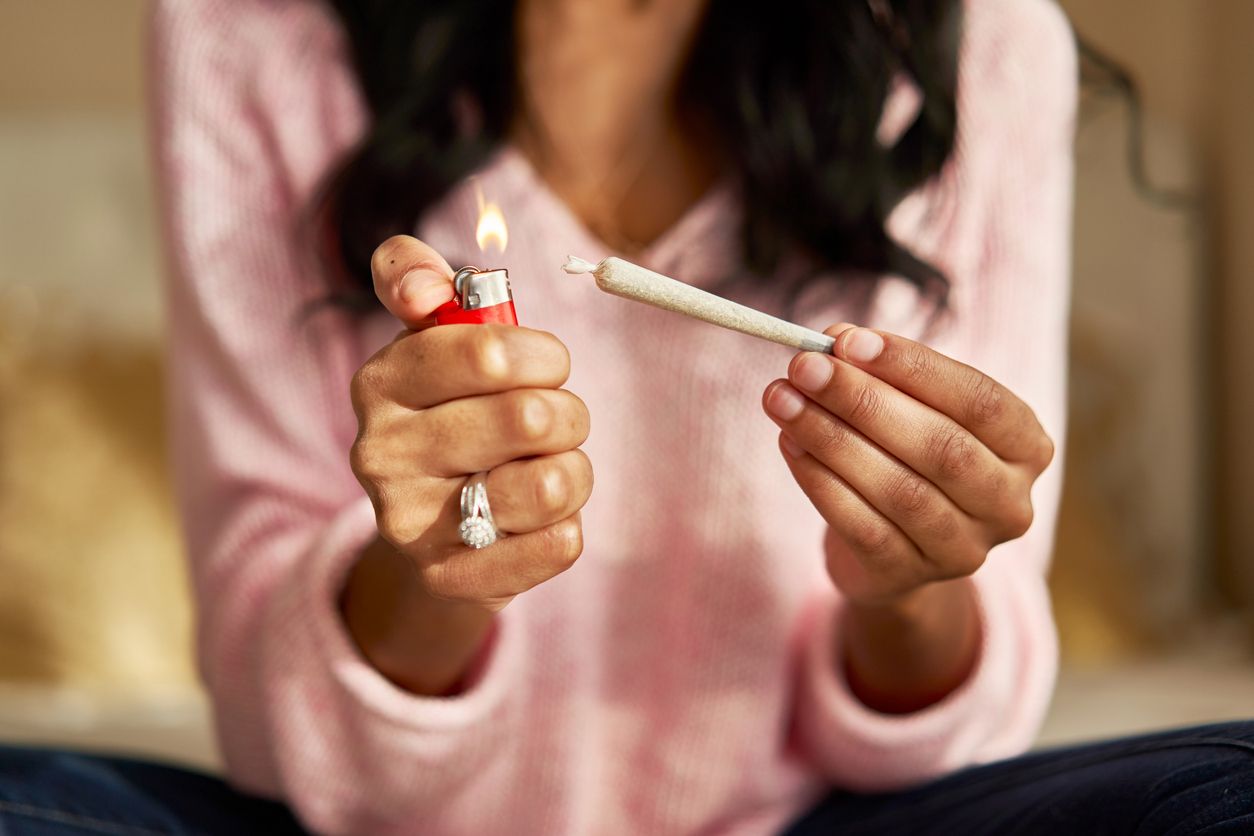 The do's and don'ts of smoking weed for beginners

Sit back and consider this fascinating list of professional tips for beginners, including a unique twist of both stoner etiquette and rules combined....