Why smoking in your grow room isn't a very good idea

A lot of cannabis cultivating hobbyists enjoy the craft so much that they put uncountable hours and dollars into building the best grow room. It’s fun, relaxing, and educational and by the time it’s all done, most end up with a well-sealed smell-proof space that is tempting to use for more than just growing. Smoking weed or anything really inside of these rooms is a pretty normal habit for most tokers, as it comes with a stench that can waft.

Smoke is filled with a lot more than CO2

You might have heard that smoking cigarettes or cannabis around budding plants could be a good thing, as it emits CO2, which we know that they need in order to thrive but unfortunately, that’s not all that is inside of smoke. Smoke of any sort is filled with chemicals and carcinogens that are capable of far more harm than good, and that is especially true when it comes to cigarettes as they are well known for filling a whole room with a thick fog in no time at all.

It coats the plants

Even if you can ignore the fact that you’re tossing large amounts of questionable substances all over your cannabis plants, what you won’t be able to avoid is the thick, sticky resins that it leaves behind. Smoke touches every surface and crevice, leaving a bunch of tar that will coat everything from the biggest fan leaves to the glistening buds. This contaminates a crop and makes it easier for other oddities such as dust or mold or linger what can be terrible for your health, and it can hinder the plant's ability to thrive, by clogging pores and blocking out sunlight, smoking isn’t something that will do your plants any favors.

As a grower, it makes sense to worry about the health of your cannabis plants, but it's not uncommon to forget all of the other working parts and pieces that go into a grow room. Carbon filters will clean the air when you’re smoking cigarettes or some green, but those resins we just touched on will hang around in there too, clogging up what could be one of the most important tools in any grow space.

Will smoking near plants kill them?

Many growers will point towards their experience with cultivation resulting in few dead plants despite hours upon hours of indulging in a tight grow room, as proof that smoke doesn’t cause harm, but toking in this space isn’t likely to outright kill any of your plants. What it will do, however, is slowly attack them until they fail to thrive, which can significantly reduce the overall production of a crop. So, unless you want less flower, it’s probably best not to smoke near your growing cannabis plants.

Smoking cigarettes is the worst thing that you can do for both your health and the well-being of your plants, but the occasional smoke or joint in your grow rooms probably isn’t going to cause too much long-lasting damage. Just open up a window and protect your CO2 filter before sparking up to be extra safe, and then, of course, minimize the amount it's done as much as possible. 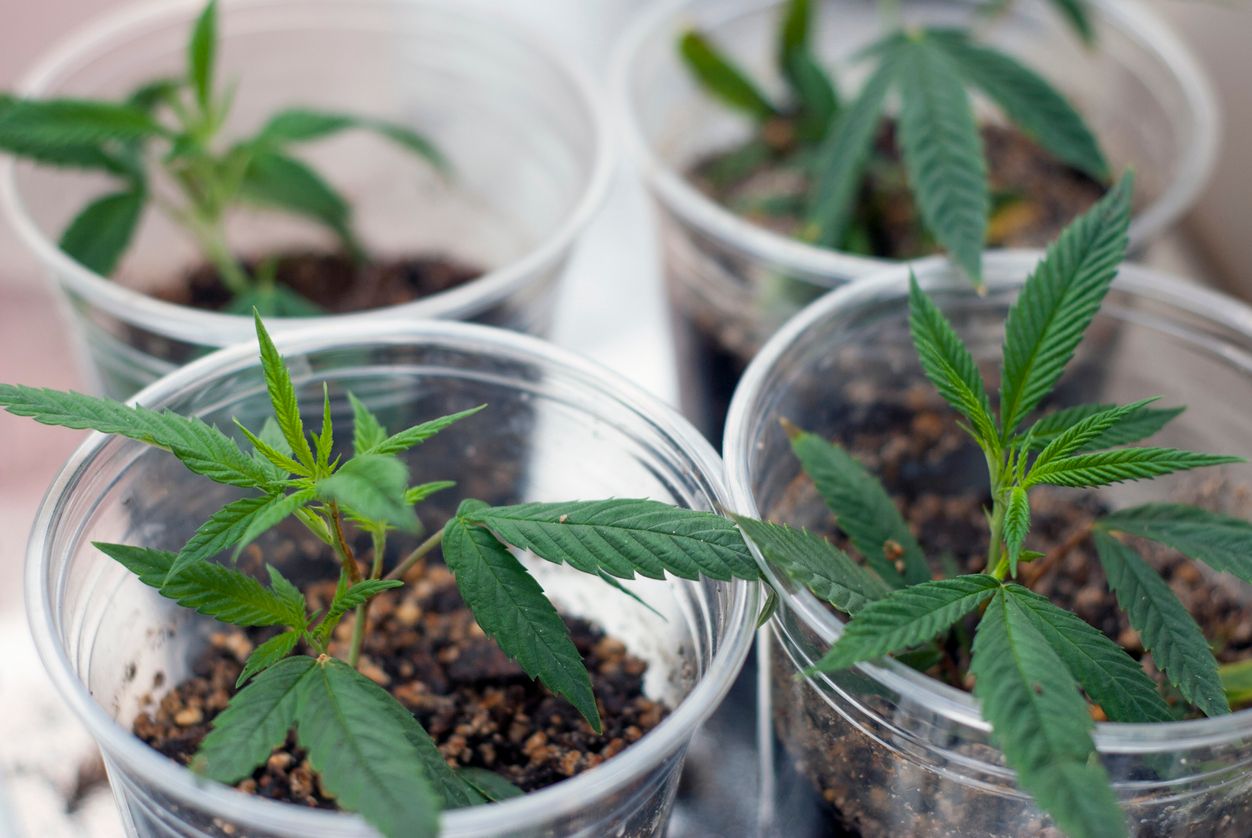