Only around half of all cannabis consumers are aware that irradiation is something that happens in this industry, and even fewer understand the process or its effects, even though some experts say that it’s likely performed by more than 80% of licensed producers. Those that have heard about it are generally uncomfortable with the idea of anything with the word radiation in it, and for a good reason, but is this really something we should fear, or is it simply the cost of mass production?

Here, we’ll explore that and more, pulling back the veil that’s hidden this important information from enthusiasts.

What is cannabis irradiation?

The irradiation of cannabis is a procedure that many producers perform to kill traces of mould and pathogens and prevent contamination by breaking down their DNA in hopes of making a product as safe as possible for consumption. Most growers utilize gamma irradiation, which relies on high-frequency gamma rays to do the work.

We really don’t know enough about cannabis irradiation to say with certainty that it’s safe. However, Health Canada has approved its use as a safe practice. This is because our biggest fear surrounding irradiated products is due to a radiolytic compound that can be produced by fatty foods that are exposed to gamma rays, but this doesn’t happen with cannabis.

Does irradiation work to kill mold on cannabis?

In most cases, irradiation through powerful energy-filled waves allows producers to effectively eliminate or reduce the presence of pathogens and mould spores in cannabis.

Though Health Canada has approved irradiation, it has never required it. As such, only some licensed producers choose to use it.

What is perhaps the biggest problem with irradiation is that it is not a necessary step. In fact, some producers point towards other much safer ways to tackle mould and pathogens such as ensuring it doesn’t ever take root in the first place with good growing practices.

Most companies that use irradiation claim that it does not adversely impact the product in any way, but some studies like the one conducted by Bedrocan and published in the journal Frontiers in Pharmacology dispute this. Their researchers found that the terpene content in cannabis was reduced by the process. How much and whether or not it makes a significant difference is still highly debated.

Irradiation has been approved for use on several different types of foods, including beef, potatoes, onions, dried spices, and some wheat products, but most of those things must be labelled if they contain more than 10% irradiated ingredients if they’re bought and sold in Canada. The United States, which boasts a slightly longer list of approved foods also maintains similar requirements. Irradiated cannabis, on the other hand, can be bought and sold without any transparent labels that might alert customers.

Why does irradiated food need to be labeled but cannabis does not?

Irradiation can have strange effects on food, as it can create byproducts that can sometimes be hazardous, like toluene and benzene, which are suspected of causing a wide range of issues from cancer to birth defects. The FDA and other similar health agencies have yet to thoroughly investigate the safety of these byproducts which tend to be related to fatty foods, as such they must be labeled so that consumers can choose whether or not they want to take the risk.

Cannabis doesn’t have a high-fat content, and so it is believed that we should not have to fear the possibility of irradiation caused by byproducts, and that could be true. However, we still don’t know this or much else about irradiation for certain, which is why so many experts question this practice.

What cannabis brands use irradiation

Industry standards and company practices are always evolving, and the law allows cannabis brands to hide the practice from consumers, which makes it hard to keep track of brands that are active. But there are several that have openly admitted to using irradiation on their products, including:

Should irradiation impact the brands you choose?

For some people like those with compromised immune systems irradiation might seem like an ideal solution to guarantee the cleanliness of cannabis, as a small mould or pathogen particle could be enough to make them incredibly sick. However, most experts agree that it isn’t the only way, and some even point to the way the practice is used as a cause for concern. Irradiation can make unsalable products “safe” for store shelves, but it doesn’t eliminate the risk of contaminants entirely.

According to the latest research, more than 70% of legal cannabis products pulled from store shelves showed some level of contamination, and with more than 80% of producers using this method of sterilization, these results would suggest that much of the damage is done while products sit in production facilities and on store shelves waiting to be sold. There may not be anything inherently dangerous about irradiation, but it isn’t the best practice if guaranteeing product safety is the industry’s number one goal. 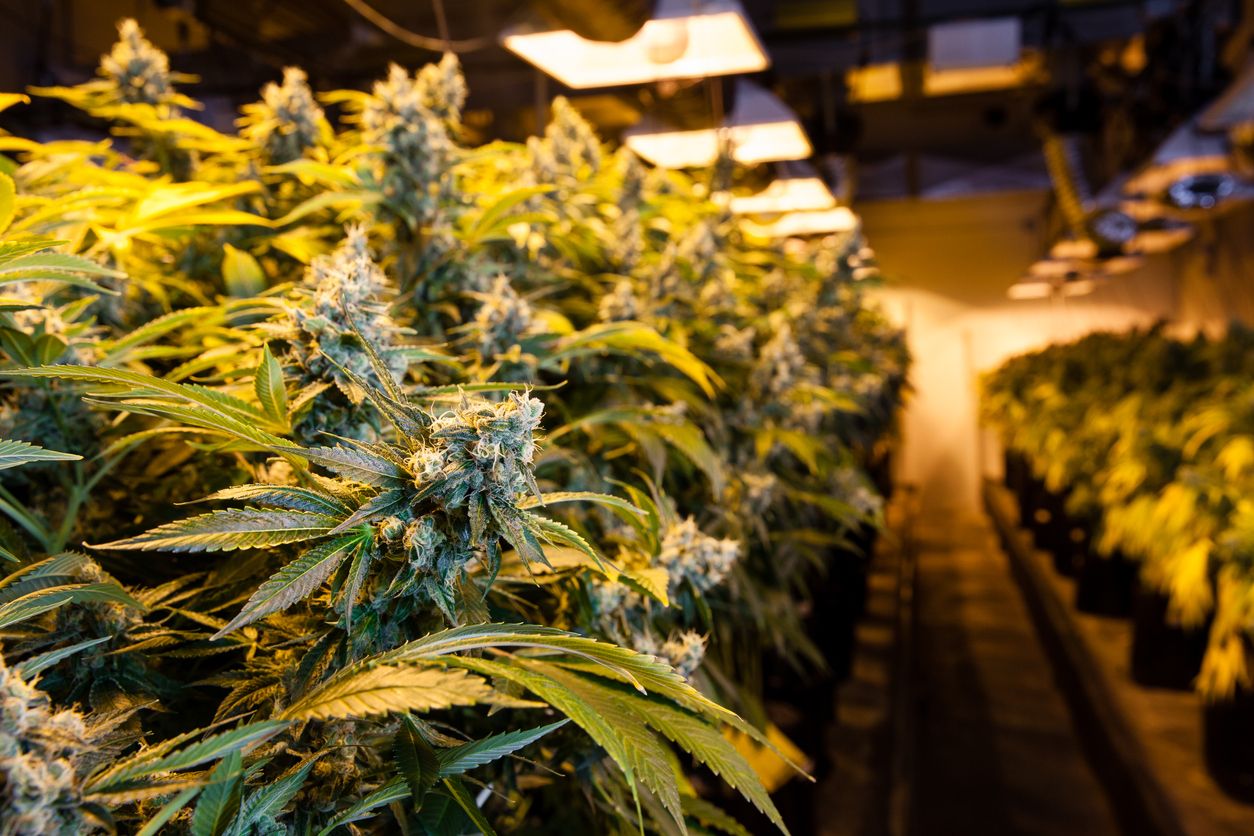 How to reduce the risk of mould in your grow room

It’s a problem that’s avoidable, as long as you’re willing to take the right steps....