What growers need to know about the hops latent virus

It’s a frequent occurrence these days, cannabis growers who are suddenly faced with a problem that they never saw coming. As we’ve been struggling with a pandemic that impacts humans, a war has been waged on cannabis crops all over the United States, and barely anyone has noticed, but HpLVd is starting to take a toll, forcing the issue to take on a sense of urgency for the first time since 2019.

The Hops Latent Viroid disease (HpLVd), aka Dudding or Dudding disease is a highly infectious pathogen that can wreak havoc on cannabis plants. Generally, the viroid is spread by the re-use or sharing of propagation materials, which made it more common in indoor or greenhouse plants, however, outdoor crops are being ravaged by this silent and deadly disease.

The arrival of the viroid

Though many in the cultivation world have still never even heard of the Hops Latent Viroid disease, it’s been around for quite a while now. The very first time that the viroid was publicly announced was back in 2019 when it was discovered in a California cannabis crop, but some experts are now wondering if it hasn’t existed for much longer than that due to a rash of reports from growers in the region citing problems that sound eerily similar to what you’d expect from HpLVd.

The effects of Hops Latent Viroid disease vary greatly from one crop to the next, and exactly how it presents itself seems to have a lot to do with the environment surrounding the cannabis plants, but so far, farmers have reported the following symptoms of HpLVd:

California cannabis crops were the first to report the presence of this devastating disease, but that doesn’t quite explain how it was able to move across the country so easily. Some experts suspect that it comes down to supply, as California was the state to supply most other regions with cannabis plants to start up their cannabis production. Thousands of seeds and mother plants were shipped out of infected facilities in hopes of helping a brand-new market to establish, and as a result, the disease probably moved with them.

It might sound like nefarious acts of sabotage, but the reality is that HpLVd is incredibly difficult to detect without the appropriate tools, and so most suppliers wouldn’t have had any idea that they were shipping a disease along with cannabis plants. Though it nearly always has a negative impact on a crop, the symptoms aren’t always apparent until near the end of a plant's life cycle, during the flowering phase, which is far too late to do much about it.

Hops Latent Viroid disease is known to spread through propagation materials like soil, but it can also move through contact with materials like gloves and tools, which is why strict measures must be taken to ensure that it doesn’t travel. Unfortunately, this task can be quite costly, as it requires strict quarantine protocols and aggressive sanitation techniques.

Disinfection of gloves and tools during propagation is essential, and it must be done with a cleaning solution that will kill any traces of the disease. Experts recommend a 10% bleach and water solution to reduce the risk of viroid spread through a farm or facility, but this is not what is most commonly used in the cannabis industry, where a 70% isopropanol and ethanol mixture is standard.

Despite evidence suggesting that a more effective sanitization measure would make a difference in the spread of Hops Latent Viroid disease, most cultivation facilities go against this advice due to cost or a lack of awareness surrounding the issue. Some specialists are also suggesting that pests could contribute to the rate and distance of travel for the disease, leaving far too many questions unanswered.

There have been several instances where a cannabis crop tests positive for the disease while showing no symptoms whatsoever, but those that experienced a secondary stressor were far more likely to visibly present symptoms of it. Bad weather, extreme temperatures, and even too much rain could be enough to set a cannabis cultivator on a path towards disastrous results.

Where it all started

There really isn’t any one place to put the blame in this situation. It’s fast-spreading, quiet, deadly, and when the infected plants were sent on of California en-mass, it was all the way back in 2012 after the first wave of legalization swept across the country, long before anyone even knew that it was silently reproducing in the state. At this point, there is no benefit in pointing fingers when the situation is clearly a shock to everyone. Instead, it’s time to focus on damage control.

Can we get HpLVd under control?

Most experts agree that Hops Latent Viroid disease isn’t going away anytime soon, and some estimates place infected California based varieties of cannabis at around 35%, which suggests that this could be something that plagues the US cannabis industry for many decades to come. However, there are things that we can do to prevent the spread and manage the issue, like adjusting regulations to standardize testing for HpLVd and enhance disinfection protocols.

Aggressive testing may be the only solution

The problem may have started with California cannabis crops, but it’s quickly spreading across the United States, and the only real tool we have to use to find it is PCR testing, which can detect the sequence of DNA in a sample of plant materials. Unfortunately, these types of tests are not standardized, and so some give far more accurate results than others, so it is important for producers to look towards the most effective solutions on the market.

Sadly, implementing these types of controls can be costly for cannabis companies, so many won’t willingly take them on without enforced regulation. Until this step is taken, we are likely to see even more cases of hop latent viroid disease pop up around the US, a trend that is guaranteed to continue without intervention. 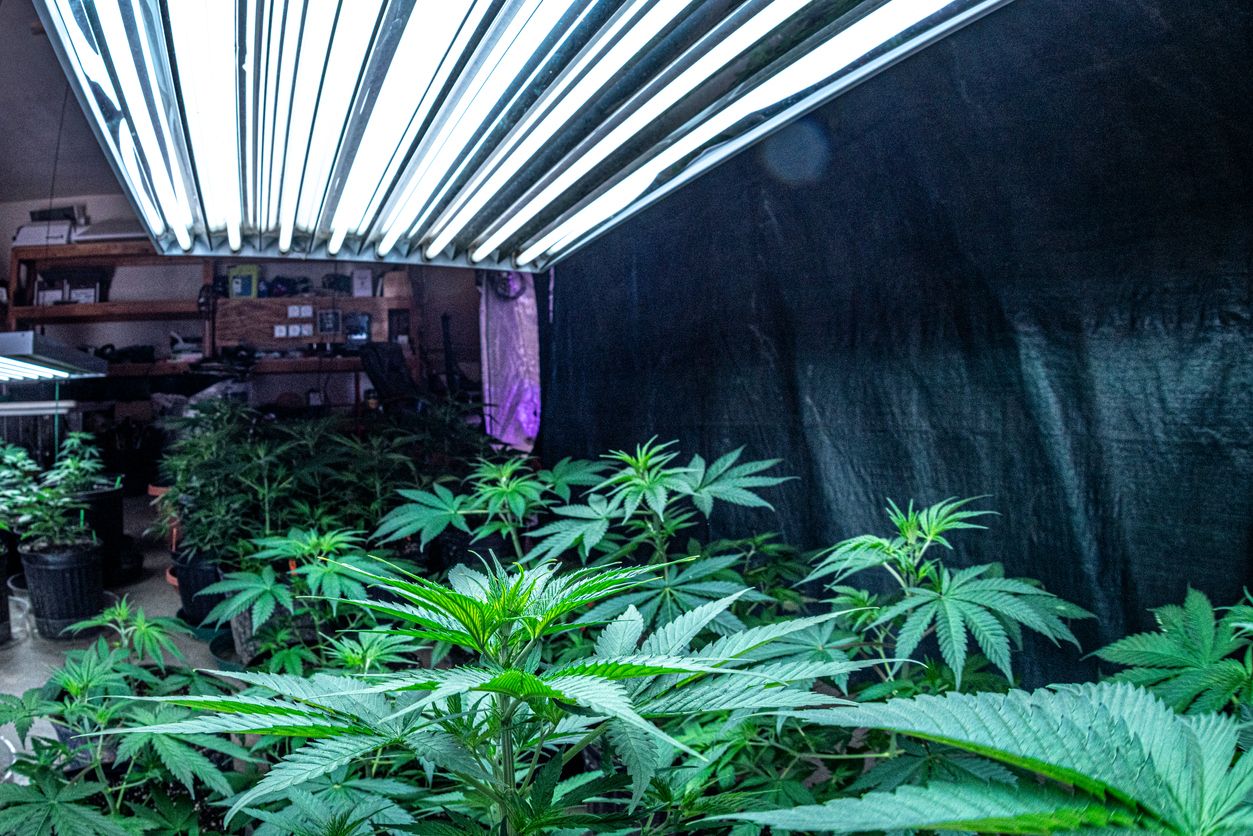 It's one of the most highly debated topics among amateur growers....