Most experienced Canadian cultivators know a thing or two about growing marijuana outdoors, but until recently, a move so bold as openly growing or smoking weed would have been shunned and lead to arrest or fines. Now, due to legislation that came into effect on October 17, 2019, every household may grow up to four cannabis plants at any given time.

Though it’s not quite what so many cannabis enthusiasts had hoped for, it’s more than enough to grow a personal supply, especially with the assistance of an appropriate space that is dedicated to the cause. Unfortunately, with an ever-expanding population and shrinking living spaces, most do not have the luxury of an extra bedroom that can be converted into a grow room, and one solution to that issue is a greenhouse.

If you are interested in the prospect of growing marijuana in a greenhouse, then there are more things to consider than you might think, as it isn’t all sunshine and roses once the setup is erected. There is plenty of hard work and financial investment required to make it really work in the winter, so it is important to consider all the pros and cons before delving in and getting started on building one of your own.

These are a handful of the most popular reasons why so many growers choose to utilize a greenhouse in the winter.

1. Optimal climate control
Every marijuana plant will thrive best once it is provided with the ideal environment in which to do so, and two of the most important factors in this equation are the temperature and humidity levels. You will need a hot and almost sticky humid space for the highest growth rate and cannabinoid content, and a greenhouse can give you all of that and more with the addition of a small heater and a good seal to keep the cold out.

2. A warm retreat
Not everyone enjoys more tropical climates, but those that do will absolutely love having a greenhouse to relax in with a warm cup of coffee, a good book, and a marijuana plant or two at your side for company. Toss on some summertime jams, enjoy smoking weed in the heat, and in no time, you will feel like you’ve finally made it on vacation without ever having to leave your backyard.

3. Enjoy growing marijuana all year long
Growing marijuana outdoors typically requires that the cultivator pay special attention to the time of year in order to get seedlings strong and ready for rooting in time. In Canada, the average growing season begins around the same time as veggies, which is the end of May or beginning of June, and most have crops harvested by October to avoid potential damage from ice-cold frost that can come in at any time.

Those with a greenhouse don’t have to abide by such restrictive seasons that can be unpredictable at best, and since no one wants to lose a whole crop to good old mother nature, many cultivators opt for the protection of an outdoor greenhouse. That way, they can start whenever they want and harvest as it suits them rather than out of haste.

4. Expands on preexisting space
Since most houses these days are designed to save space, they are being made smaller and smaller each year. Though it was once commonplace to have a guest bedroom, storage room, and office on top of the necessary bedrooms, most people are barely making things work with one bedroom to every one or two people that live in the household.

Luckily, even those who reside in townhouses have at least a small outdoor space that could hold a greenhouse the size of a small shed. It might not be big enough to throw a party in or to house a whole veggie garden, but it would be the perfect size for growing four or less cannabis plants.

5. Keeps pests and diseases away
The marijuana plant is a hardy species that can hold a lot, but pests and water-borne diseases can plague and kill off an entire crop quite quickly. Most regions experience a massive decline in the local bug population once the temperatures begin to drop, but not all areas get cool enough to eliminate this fear entirely. A greenhouse can offer protection from both all throughout the year, in the summer and wintertime.

Most good things in life come at a cost, and while the price to be paid for using a greenhouse for growing marijuana isn’t too high, it is one that should be considered so that you don’t come across any unpleasant surprises while partway through this journey.

1. Costly to build
Greenhouses intended for winter-use are built using heavy-duty materials that can cost a fair amount no matter how you go about it. Luckily, some of the cost can be mitigated by finding a used greenhouse online, or by opting for self-assembly rather than hiring a company to do the job for you, but to save money, it would be best to shop smart which takes time and effort.

2. Requires an open outdoor space
Growing marijuana outdoors is a dream for consumers who live in multiple-unit dwellings like apartment buildings with no backyard. Though it is unfortunate, there is no way for a greenhouse to work indoors as it needs even exposure to the light, and even if it could, it would be taking up valuable space and serve a minimal purpose, so, unfortunately, a greenhouse is only a viable option for those who have access to a secured outdoor space.

3. Energy consuming
Most assume that a greenhouse does most of the work for you and that investing in one means skipping over some of the other more costly investments that are required to grow cannabis plants successfully indoors. Unfortunately, most don’t realize that to avoid mold-growth you will need to maintain an air exchange system, and some even find it necessary to add additional heating elements to ensure a consistent temperature. So, it is important to know that even though a greenhouse is relatively energy-efficient, it will make the hydro bills spike a bit more than usual.

4. Breaks easily and expensive to repair
Most people who choose greenhouses for growing marijuana select a style that includes glass panes, which is an effective material for amplifying the heat from that natural UV rays of the sun, however it does have a certain weakness which means that it’s more likely to break if a branch, rock, or moving shelf hits it too hard. Once the seal from the outdoors is broken, the greenhouse effect will no longer be strong enough to maintain the same temperatures, so keeping money on hand for essential repairs just in case is absolutely necessary.

5. Not safe for anyone with heat-sensitive medical conditions
Heat and humidity can be relaxing and even sedating, but it isn’t always safe for people with high blood pressure or any other medical condition that may be exacerbated by intense environment. If you suffer from a pre-existing medical condition, be sure to discuss the possibility of spending large amounts of time in a greenhouse with your healthcare provider. 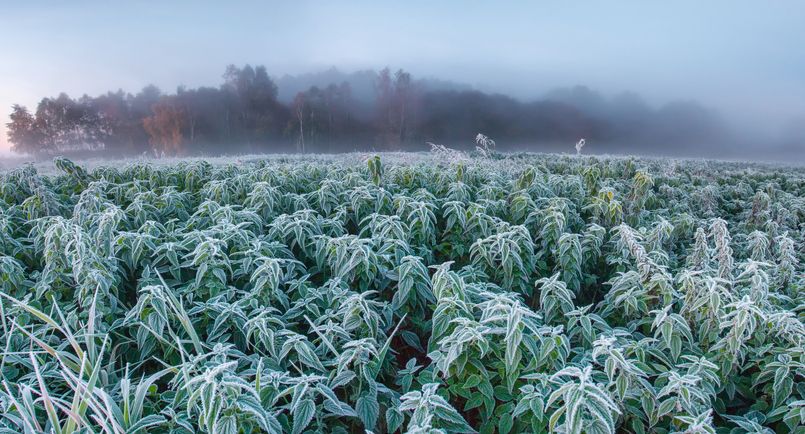 Indica strains are better equipped to handle the difference in the environmental conditions such as temperature changes or humidity....