Whether you are just considering growing marijuana outdoors, or already have one in full bloom, all the recent buzz about stolen plants, likely has you at least a little bit worried. Though it is impossible to avoid running into this scenario altogether, there are more than a few options to consider that can offer security for a growing cannabis plant.

The very best place to safely grow is indoors, but not everyone has that choice at their disposal, which is why, for some, outdoor growing becomes a necessity rather than a luxury. If you find yourself in this situation, all is not lost, and we are here to offer 5 essential tips and tricks to help you keep your marijuana plant safe.

Smoking weed is often viewed as a social activity, and one of the first things that a grower wants to do is show off his spoils. While it’s a great feeling to watch other people fawn over your creation, it’s best to wait until long after harvest to do so. You might think that a quick mention to the neighbor, or even your friend on Facebook couldn’t do any harm, but the more people that know about your cannabis plant, the more risk you will face.

Instead, start your seeds in private, visit them for nutrition or water during hours when your neighbors aren’t out to watch, and keep all hints that you have a marijuana plant in your backyard, off of the internet. Though we like to view this as our safe space, almost anyone can get your information online if they know where to look, and you’ll never completely know who you can trust to keep a secret.

Most cultivators know that growing marijuana successfully requires a fair amount of light, and that tends to lead them to plant right in the middle of their yard. Though technically, if you had nothing to worry about, then that would probably be the best location choice, since that is rarely the case, it’s a good idea to plan a sort of masking of your cannabis plant through its surroundings.

This is where something called companion plants, comes in handy. Some people choose to grow their cannabis along the inner row of climbing tomato plants, but any other greenery that will last until the end of the growing season will work. It just needs to be a similar height and color and not threaten to choke out your marijuana plant by being placed too close.

3. Invest in a lockable box or greenhouse

Certain regions like Quebec, have implemented rules and regulations that require this level of security, as it helps to cut down on theft and marijuana plant products from ending up in the hands of youth. While the initial sticker shock might surprise you, these systems are permanently installed, lockable and impossible to steal from. Invest in a thick steel version, and it will pay for itself as it lasts through years of successful growing.

Some areas allow for greenhouses, which are the preferred choice amongst growers, as the added protection is wonderful, but you will also get the benefits of more humidity and heat, which is enough to provide a boost to any cannabis plant. The best part about these is that they can generally be expanded or minimized to suit ever-changing needs, unlike the more permanent locking cages.

4. Prune your cannabis plant to keep it small

If you don’t have much for experience or instruction on growing marijuana, then you would probably let your plants reach any height or width that they like. While this is an incredible display, it is also one that garners attention from afar. The best thing that you can do is trim your cannabis plant, and this is sort of regular grooming that should continue throughout the entire life of the plant up until it’s last month of maturing.

5. Try growing marijuana strains, with the least amount of smell

Even those who have no idea about growing marijuana could probably guess that it’s something that often gives off a strong, pungent smell that is impossible to ignore. That is especially true, as the plant gets older, and the terpenes begin to mature. If you reside in the country with a fair distance between yourself and your neighbors then this might not matter, but for those who live in a heavily populated zone, it can be a dead giveaway even if you do everything else right.

Though you aren’t ever going to find a strain of cannabis that has no scent, there are some lighter, more floral options that can be easily confused with other normal garden plants like lavender or sage. More earthy undertones also tend to offer this feature without sacrificing the quality of bud, experience or taste. It certainly isn’t going to offer too much for security, but it will help to keep passersby from smelling your plants and either stealing them or telling someone else that might. 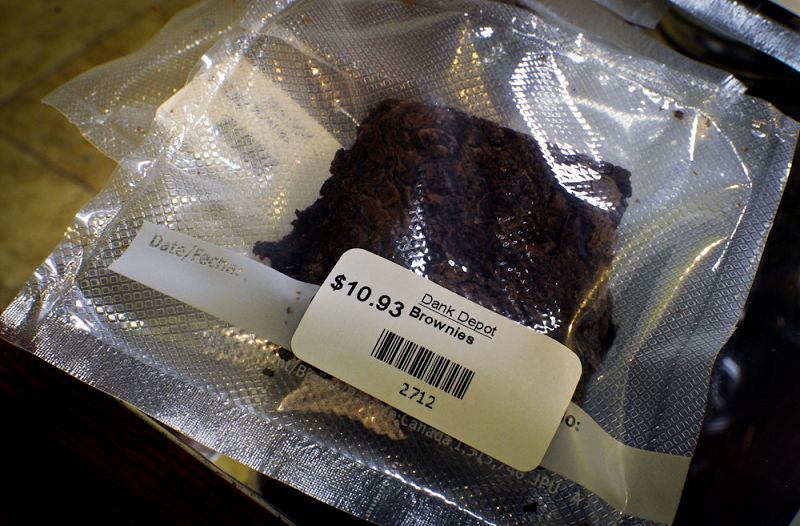 Edibles using with either fresh herbs or other concentrates contain condense amounts of cannabinoids like THC which must be preserved to stay intact....