It's not quite time to harvest those cannabis plants (In Canada)

If you live and grow cannabis plants in the great true north, then you’ve likely experienced at least a few bumps along the way. Our weather isn’t the most conducive to cultivating fragile tropical species, so we’re left with only a few months to work with, which can be devastating if any mistakes are made because there’s no time to start over. We also have to put up with things like unexpected frost, freezing cold temperatures that seem to appear out of nowhere between the end of August and September, so it’s a hard game for Canadian growers.

With all of the hazards and dangers that loom, Canadians who are brave enough to try their hand at growing cannabis outdoors, are on edge pretty much all season, looking out for everything from sticky-handed thieves to the harsh blows dealt by mother nature. It’s enough to make anyone nervous, especially when you’ve invested a nice little chunk of money into the seeds, tools, and nutrients necessary to get it all started. Even free and naturally cultivated cannabis plants come with a cost because it’s a whole lot of work, and no one wants to lose it.

If you’ve ever lost a crop to any of the things we’ve talked about, then you know how awful it feels, like a punch in the gut, a sensation that is only amplified as the cooler nights make us feel even less comfortable because we see that winter’s almost here. These nerves are enough to drive anyone a little bit crazy. Still, it’s important to take every step to ensure that your babies get the chance to shine and that generally means waiting until almost the last possible moment to harvest cannabis.

Of course, that overwhelming sense of anticipation could be wearing you thin, especially now that we’re getting warnings for freezing temperatures that are supposed to roll in by early October, and if you’re out of last year’s harvest, then empty pockets and the need for more could also be weighing down on your decision, but it’s important not to let nerves and excitement get the best of you, because if you reside in Canada, then chances are pretty high that your cannabis plants just aren’t ready yet.

When do most Canadians harvest cannabis?

Indoor grow rooms allow for the space and environment to cultivate and harvest all year long, but those who take on the challenge outdoors must keep a close eye on the calendar and their plants. Of course, not every crop is going to be ready at the same time because there are many factors that can impact this, like how much time the seedlings spent indoors before being transplanted, as well as the type of seeds that were used. However, the average Canadian grower doesn’t pull outdoor plants until closer to the end of September, and some as late as October.

Why it's bad to harvest cannabis early

Harvesting cannabis too early might seem like an easy decision, especially if you’re being forced to go without precious cannabinoids in the meantime, but doing so will only harm you in the long run because they won’t be mature, which means that they won’t taste as good as they should, nor will they boast the high potency you might have been hoping to achieve. Even the best genetics need enough time to finish to produce the results their creator's promise.

How to know when it’s the right time

If you aren’t sure when the right time to harvest might be, then you might want to head on over to our trichomes guide, where you’ll find all of the information you need to make a properly informed decision, based on your own progress, rather than vague, unreliable timelines. 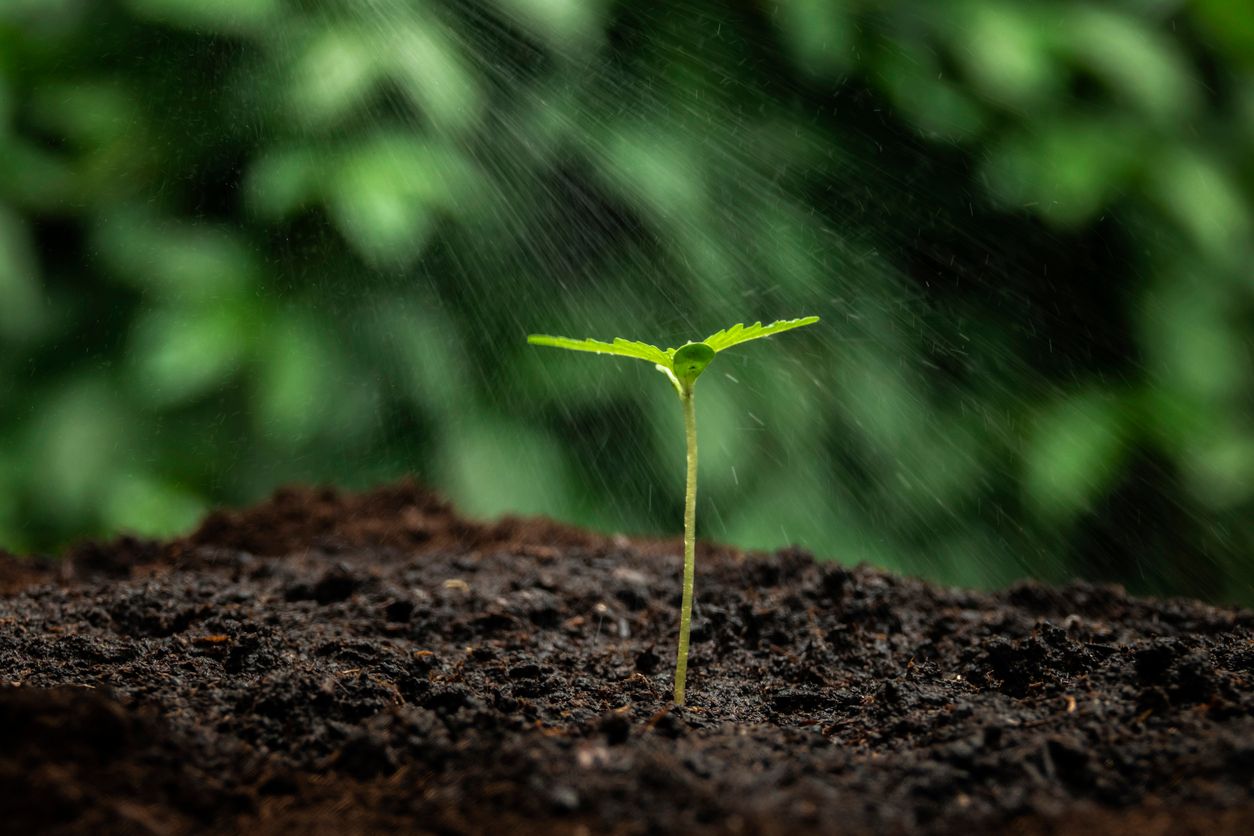 Tips and tricks for watering your cannabis plants

Dumping some water on a plant from time to time sounds about as easy as it gets, but this particular species likes its water a certain way....