Is it too early to start germinating cannabis seeds?

Canadians have now spent a few solid months in frigid cold temperatures, and we’re starting to get antsy as we notice the birds starting to return, and the snow melting away. The shining sun and mild weather can feel fantastic on the skin, but we aren’t quite yet to the point where flowers begin to come to life, and so for many, the idea of starting marijuana seeds is still a distant plan for the future.

Benefits of choosing to germinate early

Now, we’re pretty fortunate to live in a region with a long enough growing season that starting marijuana seeds indoors isn’t necessary, so not everyone concerns themselves with this extra step. Those that do get to sit back and enjoy the spoils with a bigger and better harvest at the end of the season are starting the process of germination early in the year as it can help in a variety of ways, including:

Is it possible to start germination too early?

The truth is that the ideal time for any stage of the growing process is entirely up to you and the circumstances that you must work within. Many cultivators have great success growing year-round indoors, but that can be time-consuming, space-taking, and financially less ideal, so instead, what you need to know is how long you should have a sprouting cannabis plant indoors before transplanting it outdoors, to thrive.

As we first enter into spring, the temperatures are perfect, and the days get longer, providing much-needed sunlight for the earliest stages of growing cannabis plants. Eventually, we reach regular double digits during both the night and daytime hours, which is ideal for the flowering period, as it enhanced the plant's ability to produce vital cannabinoids like THC and CBD.

Towards the end of our Canadian growing season, the temperatures cool, the days get shorter, and this results in a response from your cannabis plants. Basically, it tells them to hurry up and finish production, and this reaction occurs because they can sense that winter is closing in quickly, which means that they are likely to die soon.

All of these things significantly impact the best time to start germination, but they only explain the why rather than the how of the process. Even after knowing all of this, it’s easy to misjudge the best time of year to germinate, which is why it is essential to keep one rule in mind the whole way through as you decide.

When is the best time for germination?

Most gardening experts start digging up their soil in early May, but that tends to be out of habit and to make the ground softer for when the time comes for planting. Very few seasoned growers will plant anything before the big May 24th weekend, which is also when the majority of greenhouses and nurseries open their doors to the public. This is fine for some vegetables and flowers that are climatized to lower temperatures, but at that time, it’s still incredibly cold at night.

Cannabis plants are a tropical plant that can survive in less than ideal conditions, but they prefer hot and humid weather, and that is why they are usually planted halfway through June. By this point, there is no longer a threat of frost looming overhead, which gives seedlings a much higher chance of surviving the strenuous transplant from inside to outdoors.

Marijuana seeds planted directly into the soil often don’t get planted until the end of June, but seedlings started indoors have a much stronger head start allowing them to be planted earlier, but that still doesn’t exactly tell you how early you should start, or whether or not it’s too early right now. What you need to know is that the ideal amount of time for seedlings to hang out indoors is between 6 and 12 weeks.

That might sound like a short period of time, but if you do the math, we are already so close to spring. By the time this article is published, there will only be between 3-4 months left to wait, which is between 12 and 16 weeks total. That means that right now, and any point over the next month is probably the safest window of time to get started with germination if you intend to put your cannabis plants outside for the remainder of their lives.

How to germinate marijuana seeds

If you have already gathered all of the necessary tools for germination, then you are probably wondering how to get started. It really isn’t that hard to germinate marijuana seeds. The trick is to provide just enough moisture and heat to open up the fibrous shell, which will release the fresh, new seedling. There are several different ways that you can do this, but the most popular and widely used option by small-time home growers is the paper towel method, which we have included easy directions for, down below. 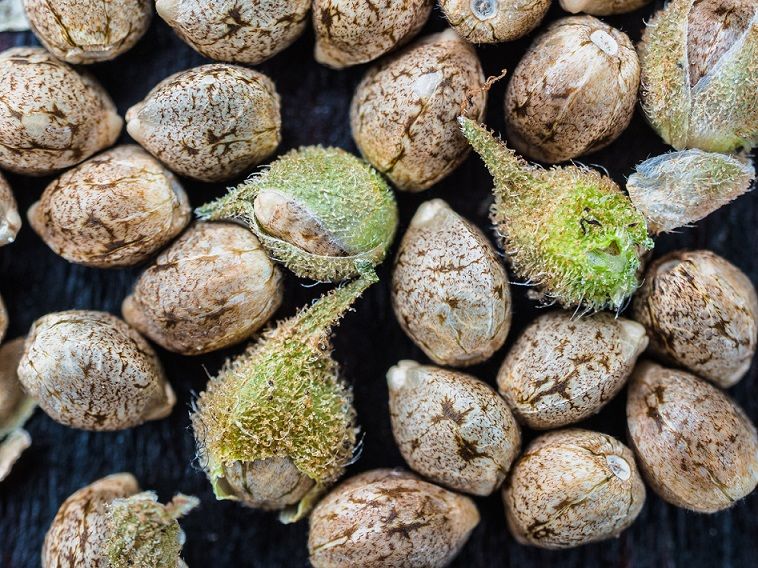 The thing is, that even if you are having difficulty germinating old seeds, there are several things you can do to achieve a higher success rate....