How to spot hermaphrodite cannabis plants before they spoil a crop

Sometimes people talk about growing a marijuana plant like it’s one of the easiest and most natural things in the world, and once you truly know what you’re doing, it can be, but curveballs like hermaphrodites are often enough to throw off inexperienced cultivators as they are rarely discussed. If you aren’t sure why hermaphrodites can ruin a cannabis crop, or what they are, then it is important to start at the beginning, so we’ll begin with the meaning of the term, and then try to explain the rest as we go.

Hermaphroditism in all species means that it includes certain qualities of both sexes, so basically, a hermaphrodite marijuana plant is both a male and a female mashed into the same casing, which can lead to unique attributes and characteristics that cannot be found anywhere else.

Why getting one can be bad

At first, a hermaphrodite cannabis plant might seem kind of neat, after all, when you’re used to what the average cannabis plant looks like, it’s kind of exciting when you’re faced with something that you’ve never seen before, but the appearance of one of these in your garden can have a devastating impact on your entire crop because it carries the abilities of both male and female plants.

A hermaphrodite marijuana plant may look cool, but it is built genetically to fail and has very little use for the average consumer as it will produce some of the buds that we love, but also many of the pollen sacks which can render a perfectly good female plant to seed. Seeds don’t taste very good, and their creation takes a whole bunch of energy, which means that even if you give a hermaphrodite cannabis plant everything that it needs, the harvest will be terrible.

Since a marijuana plant with hermaphroditism only has to produce a single ball of pollen to ruin an entire crop, it is essential to stay vigilant when watching for them, especially while your plants are young and still developing. At a certain point, it will become obvious that you’re dealing with a hermaphrodite cannabis plant, but if you know the differences, you can catch them sooner, which will reduce the potential for pollination occurring.

How hermaphrodites are different from males or females plants

Female cannabis plants can grow in all different shapes and sizes depending on the strain, and they tend to be smaller and bushier than their male counterparts, as they develop the ability to hold up heavy buds over time, but the true dead giveaway for a female marijuana plant is the presence of pistils that are often covered in crystals. These shoots can be white, orange, yellow, brown, or red, and they develop where smaller branches meet around the same time that the plant establishes a full set of leaves.

Male cannabis plants are rarely very bushy, and they tend to grow taller and much faster than females, which makes them relatively easy to spot before they begin to develop pollen sacs, but they mimic a female quite well in the early stages of life, with the exception of pistils. Male plants do not produce those tiny hairs, but instead, you’ll find small white, green, or yellow balls that contain enough pollen in each one to ruin every plant within a few mile radii.

Hermaphrodites, on the other hand, are unique because they can display both of these qualities, so growers who are only looking for the presence of pistils as confirmation for female status might overlook them. In some cases, the entire plant will boast a variety of both tiny hairs and pollen sacs, but in others, you’ll have to closely inspect each branch to see what’s going on.

That’s right, each branch of a marijuana plant might act as though it is a different sex, so you could see one branch that is full of pistils in preparation for developing giant buds, and the next one could be full of pollen sacs, looking entirely different. It can be confusing to see both prominent features within the same cannabis plant, and that is why it is so important to recognize the signs of hermaphrodites.

What causes this condition?

Hermaphroditism is a condition that generally happens for one of two reasons. Either the cannabis is genetically prone to the condition, something that is found among many different Sativa varieties, or it can happen when a healthy marijuana plant experiences some sort of stressful situation, like harsh environmental conditions, or a traumatic move, which triggers the switch, in a last-ditch effort for survival.

The latter circumstance is rare, but the majority of hermaphrodites among cannabis plants turn out that way due to a genetic defect that is impossible to avoid unless you’re using feminized seeds from reputable producers. You could grow 100 plants, and only one might turn out this way, but there is no way to tell which one will do this, so if you run into this issue, try not to feel too defeated, as it is a relatively common occurrence.

What to do when you find hermaphrodites within your crop

This result is saddening, as it rarely occurs on purpose, and it tends to happen to those who could benefit from a good harvest the most, as it doesn’t happen if you pay the extra money for feminized seeds, but it’s something that must be dealt with swiftly, and with care, especially if you have female plants within the same vicinity.

Once you are sure that your marijuana plant is, in fact, a hermaphrodite, remove it from the area immediately and dispose of it by sealing the plant materials inside of a plastic bag. This should be done gently, as to reduce the risk of breaking open any of the pollen sacs, which could risk every other plant that you have growing.

Is a hermaphrodite cannabis plant useful in any way?

Some producers will use hermaphrodite cannabis plants on purpose to cross specific genetics and to produce seeds to experiment with, but for the average consumer, these plants have little to no use. The only things that they could possibly be used for would be seeds, but that is only possible if it’s your only plant, and other than that, a minimal cannabinoid content could be extracted from the plant materials, but they wouldn’t be near as strong or pure as they would be from a female counterpart. 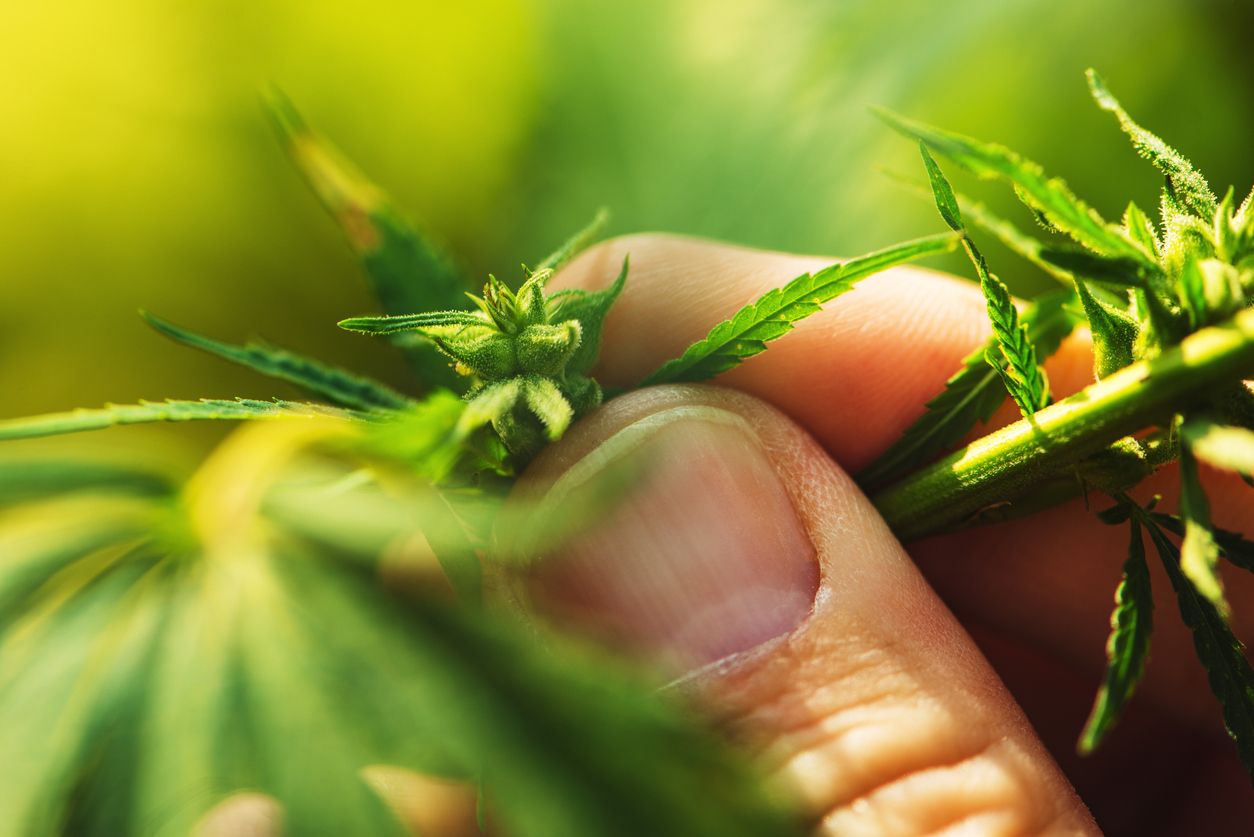 Is it possible to make a male cannabis plant female?

Those who grow marijuana will often dispose of male plants, but what if there was a way that you could save them?...