How many cannabis plants should one person grow?

Now that it’s legal to grow weed, millions of people are trying their hand at cultivation for the very first time, and there are a lot of things to learn and consider along the way, but one of the biggest struggles most enthusiasts have is deciding how many to start. When you’re growing cannabis, the ideal amount is dependent on several things, which is why we decided to compile a list of things every person should ask themselves before planting seeds in the ground.

Even though it’s perfectly legal to grow cannabis, there are still limits set out by governments and overseeing agencies that must be followed. Generally, the limit sits at four plants per household, which might not sound like a lot, but a green thumb could easily turn that many into several pounds of flower each year. Whatever the limit, make sure to stay within it.

How much do you need?

How much cannabis can you realistically expect to go through each day, week, month, and year? For those who only partake on the weekends, one healthy plant could be more than enough to suffice, while anyone who tokes consistently or makes edibles might require quite a bit more. Ideally, you want to grow just a little bit more than you need each year to leave room for error, but this is something you’ll want to seriously consider if you don’t want to put a bunch of time, energy, and effort into cultivating product you don’t need.

How bountiful are the strains you’ve chosen?

If there is a specific strain you’re after, then you might want to see how much the plant produces on average and compare that with your estimated consumption habits, but it’s essential to leave breathing room because not all plants are equal. Some plants might give you the average amount, while others could provide only a small fraction of what’s expected, especially if it’s improperly cared for, so be sure to keep this in mind when you’re making this decision.

Do you have the time and space to dedicate to multiple cannabis plants?

Photos of cannabis plants online often portray them as beautiful little plants that don’t take up much room, but this usually only happens under skilled hands or with certain strains that aren’t genetically capable of getting too big. The size of your chosen strains and the space you have to grow them in are both things that need to be added to the equation when you’re trying to figure out how many cannabis plants to grow.

How many crops do you want to grow each year?

Growing marijuana plants is a process that can take several months, a wait that can be cut slightly by choosing the right kinds of seeds, but with good timing, it’s easy to pull off an average of two crops each year if you’re up to the challenge, as long as you’re willing to cultivate all year long. Some people prefer to get the hard work out of the way so that they can enjoy the off-season, but it’s an option that’s perfect for those with less space to work with.

In the end, it’s usually better to grow more than you need

By now, you’ve probably got several different numbers floating around in your head, which means that you’re off to a good start, but it’s important to note that in most cases, you don’t want to add up each total and rely on getting a specific amount, because it’s rare that nature works out that way, especially when it’s in unskilled hands. Instead, it’s best to aim much higher, even doubling the number you might expect to need because if there is any extra, it’s easy to find a home for it.

What to do with the extra

If you’ve got friends who aren’t so lucky to be able to grow, then any extra you get could make an excellent gift, and those who don’t might want to consider connecting with a medical patient who needs it. You could do this privately, over social media and listing websites or through an organization that does most of the footwork for you. This way, you aren’t stuck with a bunch of old flower, and someone who truly benefits will be able to breathe just a bit easier for a little while, and that’s an incredible thing. 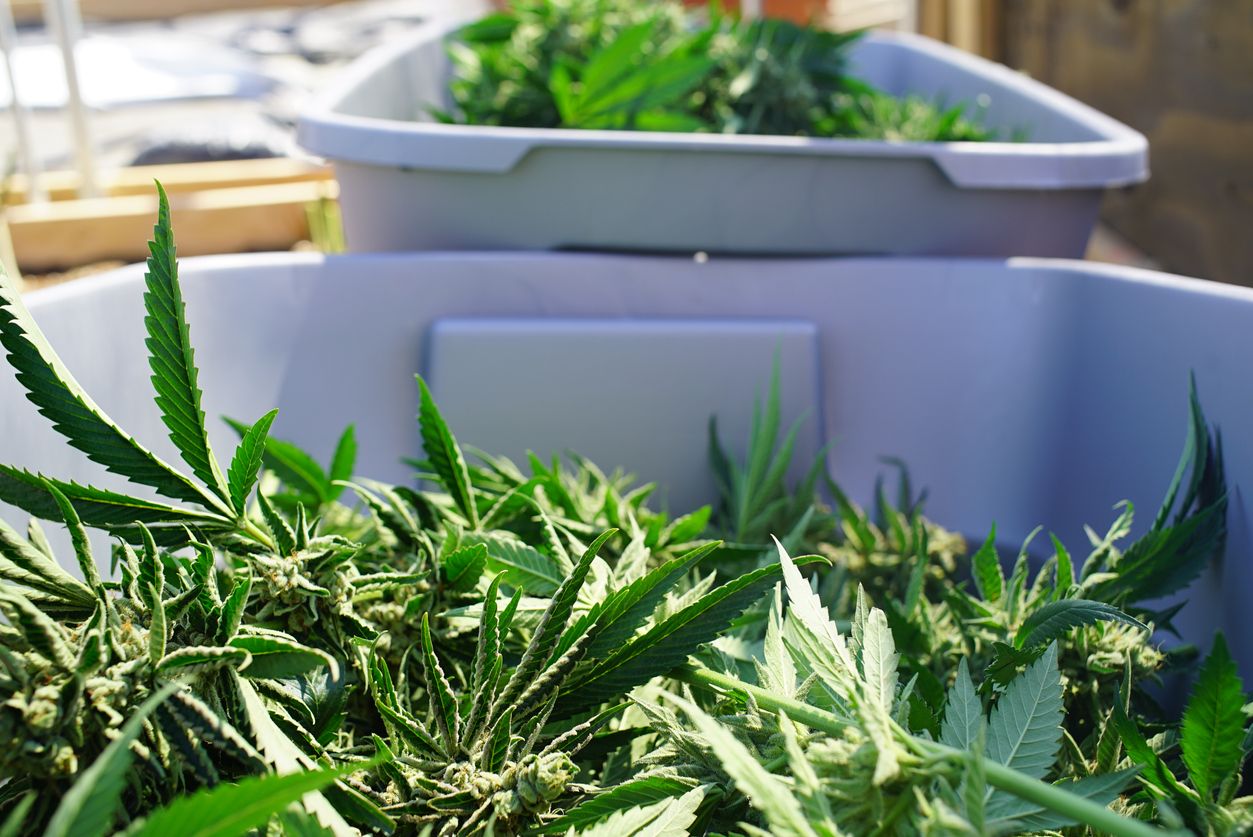 What to do with all that extra cannabis

Wondering how on earth you’re going to use it all within the year?...