Essentials every grower should have for harvesting cannabis

It all starts with the simple, yet entrancing process of germination, and the excitement is hard to contain as you watch these teeny-tiny seedlings turn into fully mature cannabis plants, but the best part of growing is always the harvest. That’s when you finally get to size up the fruits of your labours while preparing the sweet flower for the next phase, which is drying and curing. It’s a relatively easy task, but if you want to make the most of this time, then you’re going to want all ten of these useful harvesting tools on hand.

One of the most critical steps of a successful harvest is deciding when to do it because pulling the plants too early or late could result in less than optimal product, a sacrifice that no one wants to make. Some cultivators have tricks they use to determine the best time for harvesting, but the only way to be sure is with the trichome test, which requires a microscope. Take the guesswork out of harvesting with an affordable pocket microscope.

Harvesting cannabis is a whole lot of fun, but it can also be a really messy job, as the sticky resins and trichomes will stick to literally everything, including your hands. Nitrile gloves are latex and lubricant-free, offering a completely sanitary barrier between you and a thick layer that can end up feeling a lot like tar. They can also ensure that you don’t accidentally contaminate your harvest with bacteria that might be lingering somewhere on your hands or your fingernails, and they’re disposable, which means that you don’t have to waste time washing them.

At first, you might think that a handful of plants shouldn’t make too much of a mess, but as you’re tearing them apart and trimming away any excess, it doesn’t take long to realize that you’re going to need somewhere to organize all of the materials. Any large container can work for this, but if you want a fast, simple, and affordable solution that stays flat and open, which is much easier to work with, then you might want to arm yourself with a few tarps to use while harvesting.

Traditionally our ancestors have pulled cannabis plants apart by hand before processing them for storage and use, but fresh stems are known to put up one heckuva fight. Scissors simply aren’t strong enough to gnaw through the largest stems. However, a heavy-duty pair of pruning shears will make easy work of it by slicing through any branch or base of a plant like its soft butter. You do have to be careful with these sharp and powerful harvesting tools, still, every grower should be armed with at least one.

Scissors don’t really make the best harvesting tools on their own, as they aren’t designed to wrap around the dense branch of a cannabis plant, but they do play an important role in the process. Heavy-duty shears are the ideal solution for cutting away thick stems and branches. Fan leaves, on the other hand, can be quickly trimmed with no effort at all, as long as you’re equipped with a sharp pair of scissors, a simple task that takes a lot of arm work if all you have are shears on hand.

Remember those sticky, resinous layers we talked about earlier? Well, even with the help of nitrile gloves which will work to keep your hands clean, your harvesting tools like scissors, shears, and even tarps will quickly become gunked up with it, and not much can cut through the thickness of it other than alcohol. High-proof alcohol to be precise, with 90% or above being the most effective for washing tools, hands, and anything else that gets tacky.

Alcohol works as an excellent cleaner for harvesting tools of all sorts, but you will need something to dry those things off with after a good rinse, and in some cases, you’ll even want a material that’s abrasive to help cut through the sludge. That’s why we highly recommend buying a roll or two of the cheapest paper towels you can find because we can pretty much guarantee that you’ll find a use for it. Whether it’s drying tools or patting your forehead to dab away sweat, you’ll be glad that you did.

Harvesting and sorting through all of your cannabis plant materials is much harder work than it sounds, and since we tend to do it in the same environment used to grow them, it’s often hot, humid and sticky without working up a sweat. Since the plants are coming down anyway, this is a great time to pull out a large, industrial-sized fan, which will effectively eliminate your risk of overheating, something that makes harvesting a whole lot less enjoyable.

You might be thinking that we’re not quite at the drying part of the process just yet, but you really couldn’t be more wrong. From the first moment you take down a pot plant, the flower and leaves will start to lose moisture, so why not speed up the process by harvesting with the tool you’ll need to complete the next essential step. A drying rack can act as both short and long-term storage, and it makes it easy to adjust branches now, rather than finding out later while hanging them that they were trimmed too short.

A camera might be the most overlooked harvesting tool, yet it could arguably be the most important one of all. As growers make their way on this journey, it’s not uncommon to put off capturing the magnificence of a crop, especially if they’re trying to keep this taboo activity on the down-low, but once harvest comes any chance you had at making those memories last will be gone. This is an experience that should be documented, if not for bragging rights, or to be used as an educational tool, for the mere fact that you’re probably incredibly proud that it happened. So don’t let this opportunity pass and snap a few pictures! 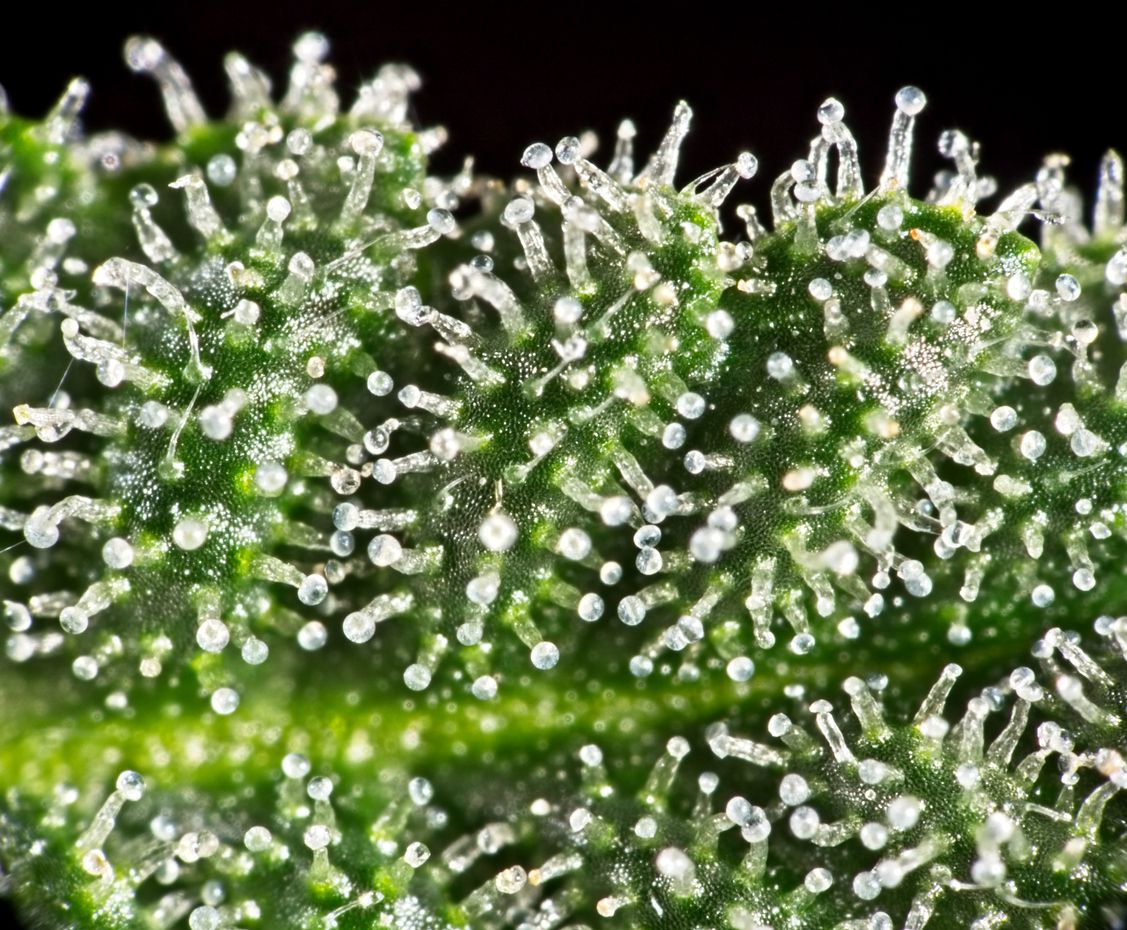 When using cannabis, several different chemical components are responsible for delivering the “high” that most users seek and one of them is Trichomes....