Would you smoke 100-year-old cannabis flowers?

It might sound like something straight out of a stoner fairy tale. After all, there’s no way that marijuana flower can last for one hundred years and emerge in one piece. Or is there? Well, despite the fact that this seems like a fun story exchanged for an innocent laugh, there may actually be some truth to this tale, and it’s all thanks to one man, who found an incredible stash in an antique medicine cabinet that came into his possession.

Is it even possible?

Most of us keep our stashes of marijuana flowers in a baggie, which really doesn’t do it a whole lot of justice. Over time the plastic shifts are knocked about, as it’s been handled to retrieve a fresh bud whenever you need it. It often doesn’t take long to reduce a small sack to little more than powder, something that can take mere days in the hands of an experienced toker, but that doesn’t make this incredible feat impossible.

There are some things in a marijuana flower that will break down over time, and this process is exacerbated by things like light, moisture, air exposure, and improper storage containers. The cannabinoid content doesn’t take long to dissipate, rendering a once potent product almost completely ineffective, but under the right conditions, technically, you could store cannabis buds for 100 years, and if done right, they won’t look much different to the naked eye than they did when they were first packaged.

The story of the 100-year-old weed stash

Way back in the 1800’s it was legal and quite common for doctors to have cannabis as a staple good in a medicine kit, and on one episode of Antiques Roadshow, one such container was revealed that contained just under 300 different natural herbs and spices, including cannabis. All of which were stored in a wooden cabinet, while separated by type in tiny airtight glass jars.

The medical kit was appraised at a value of between $5,000 and $7,000, but it no longer contained the cannabis, and the owner claims that it was full when it first came into his possession nearly 30 years prior. At that point, the man says that his brother enjoyed the ancient marijuana flower, although there is no official word on how it tasted or how he felt after smoking it.

The moment that a small amount of moisture gets into your cannabis container, you risk bacteria growth which eventually leads to mold and other unhealthy contaminants. This is a problem with buds that aren’t cured properly before being placed into storage, and in many other situations, but if you were able to keep your marijuana flower in an appropriate container, technically, it would never go bad. It just wouldn’t get you high like it once would have, which is kind of the whole reason you’d probably want to use it.

Is smoking old marijuana flower bad for your health?

The truth is that the only way to know for sure what kind of a health risk a cannabis product poses is to take a look at it under a microscope because there are far too many factors to consider. However, as long as the marijuana flower doesn’t contain a toxic mold, then the chances are pretty good that smoking old weed wouldn’t necessarily hurt it. It just probably wouldn’t be overly helpful either, as it would be very unlikely to get you high. 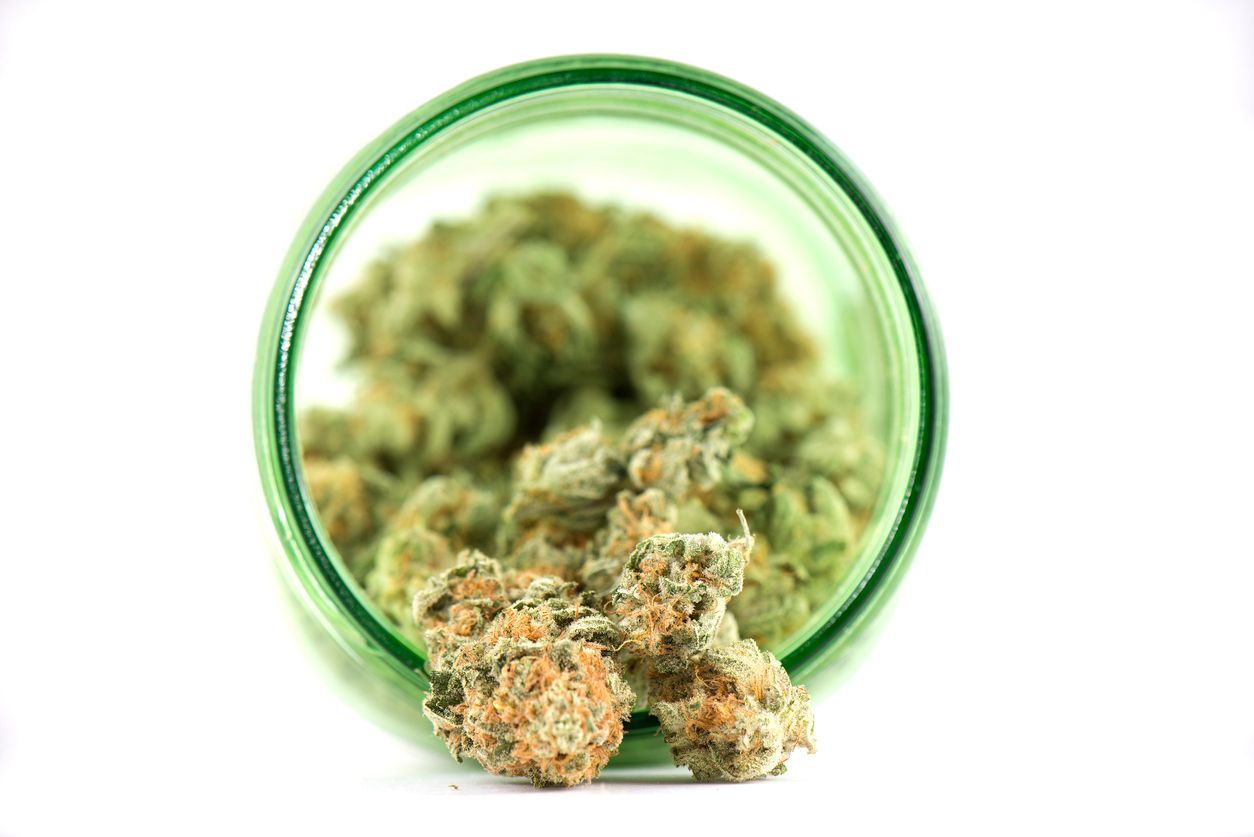 Glass jars, are they really the best weed storage choice?

You are probably better off leaving your stash in the smell proof container or bag that it came in from the dispensary. ...