In this day and age, we’re always on the lookout for new and improved ways of doing things because convenience is absolutely priceless. We live in a fast-paced world that leaves us very little time to do the things we truly love, and that’s got us searching for shortcuts. Of course, in some cases, this works out alright, like when you toss a load of laundry in the washing machine without separating the colours from the whites, but when you’re cutting corners in the cleaning department of your device, the cost could be quite high.

It doesn’t sound like a terrible idea to put your favourite bong or pipe through the dishwasher. After all, you’ve seen some of the crusted dishes that go in there, and they always come out sparkling clean. Unfortunately, as the old saying goes, “if it sounds too good to be true, it likely is”, and that is most definitely the case with dishwashers, which are not equipped to handle the amount of care necessary to make them last or even give one a good bath.

1. Hot water is not enough to properly clean or sanitize

A dishwasher can spray out super hot water, which might make them sound like the ideal place to wash a pipe, but the truth is that they just aren’t capable of handling the task. Hot water alone is not enough to scrub away all of the resin and grime that generally builds up. In fact, it’s barely enough to break it up a little, which is why 9 times out of 10, if you try it, your devices will look just as bad when they come out as they did when they went in, making it a total waste of time.

The power of a dishwasher all comes down to the amount of water pressure it has because those jets are necessary to scrub clean anything you put inside, and the downside of this is that it tends to jostle things around quite a bit, more than enough to easily smash a glass piece. Even if it doesn’t break, the chambers inside aren’t likely to get full exposure to the streams of water, something that is especially true in the case of pipes which are likely to roll around just enough to face the openings in a completely wrong direction to get hit.

3. It will make your other dishes filthy

Have you ever looked inside of your bong and pipe to clean it? These things are atrocious, usually filled to the brim with black, yellow, or brownish resin combined with bits of weed and it’s disgusting, which is why you shouldn’t put it into your dishwasher. Not only will the water and soap not be enough to clean it, but what does get broken loose is likely to stick to another surface on the way down, and that could be your cups, plates, or silverware.

4. Resin will end up all through your dishwasher

Resins are likely to stick to everything and anything they touch, which is why as we mentioned tossing a pipe or bong in the dishwasher is likely to make a whole load dirtier, but it’s not just that single load you’ll have to worry about, because this stuff can get into every nook and cranny of the machine, clogging things up, and in general looking disgusting. This havoc could take several hours of physical labor and intense cleaners to wash, so it’s just not worth the risk.

5. Extreme heat can lead to melting

To sterilize dishes, dishwashers reach temperatures that are dangerously high, and though you might assume that your device is designed to withstand heat, that’s just not the case. Only the bowl is made to take flames and burning temperatures, which can melt things like plastic or rubber o-rings and filters. If it’s made out of cheap plastic or aluminum, the whole thing could warp and shift into an unusable state, and no one wants that.

The easiest and best way to clean a bong

The safest and best way to clean a bong is with either 90+% isopropyl alcohol or vinegar paired with an abrasive addition such as coarse salt or a handful of small rocks. All it takes is a short soak, and in no time, you’ll be able to rinse away most of the grime that’s left behind. 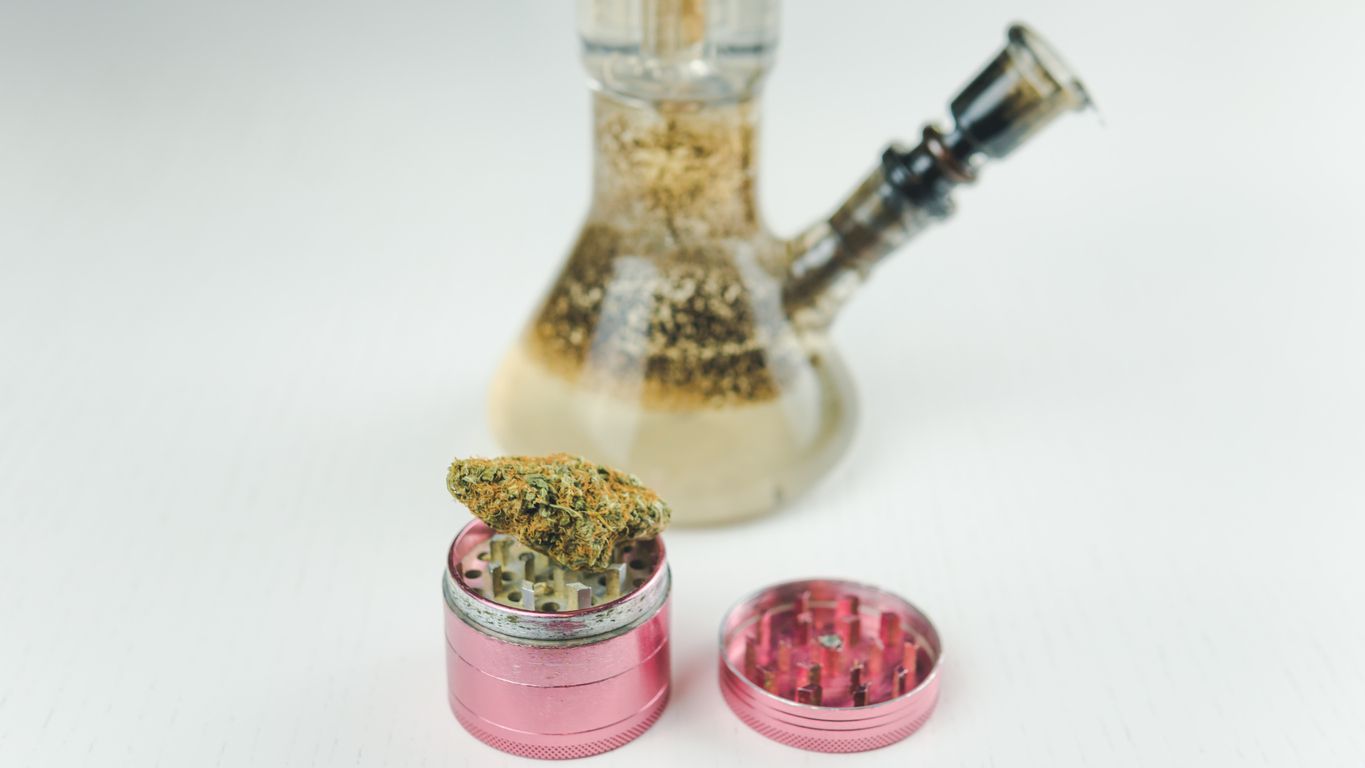 Things to avoid when you're cleaning a bong or pipe

No matter what, there are some things that you should avoid along the way....