Cultivating cannabis flower is an exciting challenge that takes care, skill, and a little bit of luck, and once harvest season hits so too do the urges to dig into our crops sooner than we should. Sometimes it’s because we just can’t afford legal store-bought product, but in most cases, we're surrounded by those glorious smells and spending many hours of hard work leading up to this moment, so we’re just too full of anticipation to wait.

We can’t blame those who are tempted to taste the sweet nectar of their crops a tad early, but it is important to know why this is virtually never a good idea. Though it might look like the same product once it’s done drying and curing, at a molecular level, things have changed, and all of them significantly influence the overall experience.

Drying cannabis is an absolutely necessary stage because it does just as the name implies, removing all of the excess moisture that isn’t needed from freshly harvested buds. Moisture content begins to drop almost immediately after the flower is picked, but it can take days and even weeks before you’ll have anything that resembles a smokable product. Unfortunately, at this point, it’s just way too wet to burn, no matter how much you put flame to it.

2. There is no safe way to quickly dry cannabis flower

Drying cannabis is a slow process, because adding in elements such as heat or light exposure which could shorten the wait, would greatly damage the elements inside. THC, CBD, and terpenes are very fragile, and without them, the bud isn’t going to taste like anything or get you high. The microwave, oven, hairdryer, and anything else that could be used to do this, will destroy your herb, which is a large part of why the shorter wait just isn’t worth it.

Fresh buds might smell wonderful, but they also contain high concentrations of chlorophyll which can produce a burnt taste and a really harsh hit that is likely to make anyone who tries them cough and choke. Drying cannabis removes much of it, and then following up the process by curing weed eliminates the rest, leaving behind a delicious tasting cured nug, and that’s part of why these steps shouldn't be missed.

4. The smell will suffer

If you’ve ever been through the process of curing weed in the past, then you’d probably noticed that the buds smell soo much better after a month or two in jars, and that’s not just because the time for you to enjoy them is drawing nearer. Cannabis terpenes are no longer produced post-harvest, but they do evolve and become more dominant with age, resulting in superior tasting and smelling weed. Smoking fresh buds aren’t likely to smell or taste like much of anything, stealing away a large portion of the cannabis experience.

Your fresh cannabis flower might end up surprising you, going down relatively easy without bringing up a lung in the process, and in rare instances, it could leave you feeling a tiny bit buzzed, but it can also induce bad side effects that range from mild, including things like nausea and headaches, to more severe which could be migraines or vomiting, which could lead to dehydration, or in the very least, feeling awful for a period that might last for hours. 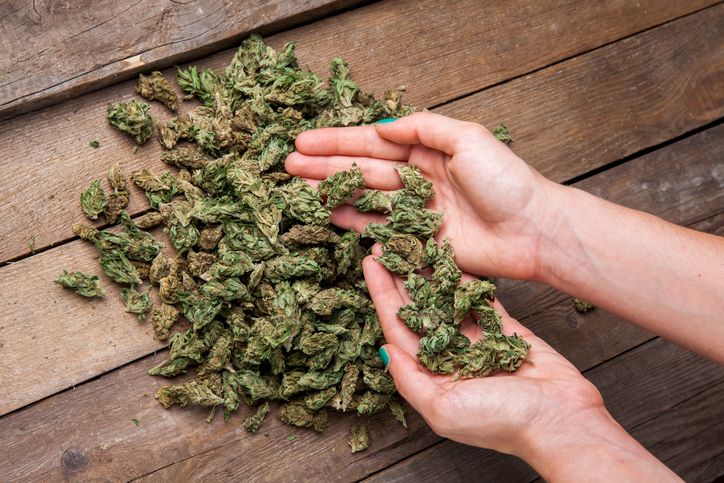 How to build an automated cannabis curing system

If you’re craving a better way, then we’ve got you covered with a simple, yet powerful automated cannabis curing system....