As society shifts towards a much more accepting attitude, when it comes to cannabis there are a lot more people who are interested in trying it out for the very first time. This is a great thing, as more consumers translate to an increase in support for the cannabis community, but the transition isn’t always a smooth one for newcomers who have had minimal exposure to the marijuana plant. Many of whom have heard some terrifying accusations and stories about various things that it’s believed to be capable of.

The truth is that most of the information that you’ll hear through the grapevine will be a watered-down combination of myths and legends, which is why it’s important to seek more accurate predictions and answers about what it is that you should expect. Since the main thing that keeps so many interested consumers at bay is fear, we’re going to focus on some of the best things to ease the minds of anyone who is hesitant or second-guessing their want to try cannabis.

Most people who feel uncomfortable or hesitant to try marijuana plant products take no issue whatsoever with the consumption of alcohol, which is a substance that is legal, widely available, and minimally regulated. It’s the most widely used and socially acceptable recreational choice on the market today, and yet each and every year hundreds of people lose their lives due to its toxicity alone.

Alcohol poisoning is a very real and legitimate threat to the health of anyone who chooses to consume it, but cannabis doesn’t come with this unfortunate caveat. That’s right, you can take pretty much any amount that you want, and though there is always the possibility of a mixture of intense and uncomfortable sensations, it is not toxic, so the absolute worst scenario possible is that you may need to sleep off the effects.

2. The effects are short-lived if you start with the right dose

If you have never tried cannabis before, then you’ll likely try your best to compare the experience to those that you’ve had with other substances such as alcohol, and that can be a scary commitment to make when you aren’t quite sure what the effects might be, but most research shows that as long as you’re smoking it, the effects will start to wear off in as little as 30 minutes. This means that if the unfortunate situation arises where you aren’t enjoying yourself, it won’t last long at all.

It is, however, important to mention that not all methods of consumption allow for such a fast recovery, as oral products such as oils, tinctures, and edibles can take hold and continue to elevate your high for several hours before you’ll be able to feel yourself again, so it is important to start with the right options. To ensure that this is the case, beginners should start with smoking or minimally dosed edibles.

3. Lung health doesn’t have to be a concern these days

Many who are considering the potential of cannabis, but are afraid to try it, just really don’t like the idea of smoking. Inhaling smoke of any kind is going to cause at least minor lung irritations, and this is a reasonable concern to have, but the evolution of the cannabis industry and the companies that work within it has brought forward an astounding new and widely available section of new products and tools that can get you high without harming your lungs.

We now have vaping which is compatible with the majority of marijuana plant products, and for those who are nervous based on the last few years of uncertainty surrounding the mysterious vaping illness, there are other viable options too such as edibles, tincture, oil, and beverages, all of which are absorbed through the stomach, avoiding the lungs and throat entirely while leaving virtually no trail of damage of inflammation behind.

4. Marijuana plant products are legal in most regions

At one point in time to consider such things as cannabis, you’d have to be breaking several laws in order to do so, but these days legalization is so widely spread that almost everyone lives within a semi accessible range of a legal area with a dispensary. Unfortunately, not everyone has this option, but those that do reside in illegal states or regions can travel to avoid breaking any laws.

The only potential problem with this, which is a fear for many, is government intervention, especially after it made headlines when the United States admitted that they are actively discriminating against their own citizens who partake in cannabis, and they aren’t the only ones, as other, more heavy-handed countries have taken a similar stance, but to avoid that, you can just pay in cash, and use it all before you head home, to prevent anyone being able to trace it back to you.

5. The stigma is slowly fading

Some people keep their hope to try cannabis a secret as there has always been a strong belief of stereotypes among non-users, but the entire world is quickly learning that this simply isn’t the case, and as we uncover new and exciting benefits that the marijuana plant has to offer, the stigma is slowly fading away along with the long history of prohibition.

This doesn’t mean that no one will judge you for it, as some will continue to believe widely spread myths, stereotypes, and propaganda no matter how much new information goes out into the world, as it’s all they’ve ever known, but those people are a select few in this day and age of an overwhelming acceptance of cannabis use for both recreational and medicinal purposes.

6. Adverse effects of cannabis are minimal

All recreational and medicinal products come with some kind of side effects, and for some, these are what scares them the most about the idea of trying cannabis, but what they don’t know is that marijuana plant products have very few possible adverse effects, of which none can put your life at risk, as long as you aren’t taking a medication that may react adversely with the cannabinoids.

The most debilitating and overwhelming side effects stem from an emotional reaction to such a variety of new feelings that are entirely uncontrollable. This can sometimes mean that a user panics about the way they feel as they wonder if it’s normal, or that they might experience an anxiety attack as their heart rate quickens unexpectedly. Nausea, dizziness, sleepiness, and trouble waking are also common adverse effects, but they are all mild in nature and short-lived.

7. The marijuana plant has plenty to offer for recreational benefits

If nothing eases your mind so far on this list, then it might be the ideal time to switch over to some of the more enticing aspects of cannabis use that you might not have considered as you hesitate to try something that could provide you with an incredible experience. The marijuana plant is packed full of incredible natural elements, and some of them work in combination to provide a broad range of recreational effects.

Using cannabis can help you to relieve yourself of the burden that stress places on your shoulders, and it is well known for producing a unique sense of euphoria while improving your overall mood. All of this combined can make things like the stars seem brighter, food taste better, and a chill evening with a couple of friends seem like an all-out party without having to pay for it all the very next day with a hangover.

Do you ever have aches and pains that get to you after a while or trouble with typical bodily functions such as eating or sleeping? It’s pretty safe that nearly everyone experiences at least some of these things at some point or another, and then when they happen we typically take a wait and see approach, where we hope it just lets up eventually or we turn to over the counter medicines like sleep aids or pain killers, but neither of things helps to treat the root of the problem, they only mask it.

If you want to truly fix the problems that you struggle with, then you’ll need to heal your body from the inside out, which is something that the endocannabinoid system can often do. Cannabinoids can help to reduce pain by alleviating swelling and inflammation, and it can ensure that you start each day in a good mood too, which is something that anyone can benefit from, long term.

9. You can stay productive once you get used to the high

You may have heard that sleepiness and grogginess are common adverse effects of cannabis, which might lead you to believe that it isn’t possible to stay productive while you enjoy a buzz, but that simply isn’t true. As long as you use the right marijuana plant products in moderate doses, you can actually increase your motivation and spunk, which can help you to make it through the hardest days with ease.

Of course, in order to do so the key is to use cannabis in moderation and to start out with the right strains in the right ways. The most ideal is typically through spaced-out sessions of smoking or some other method of inhalation, as it offers the most control over the buzz, and as long as you stick to those key guidelines, you can get high before you work out, or hike your favourite trails, and it will do nothing but give you an extra push along the way.

10. It’s never been easier to learn more about it

There is still plenty about the marijuana plant that we have yet to discover, but we know so much more than we once did, and that is because as it becomes legal and more socially acceptable, the widely researched information has made its way online. This makes it easy to answer just about any question that you could possibly have in an instant, and it can help you to learn how to fumble your way through your first few times successfully.

An excellent place to start is with cannabis videos, where you can learn everything from how to germinate cannabis seeds to the various ways that are available to consumers, with every pot product that you could ever dream of, as this information is really helpful for anyone who doesn’t have a special someone who they can question about cannabis openly and honestly. Simply knowing more could be enough to boost your courage to the point where you finally take a dive and try it for yourself, and it’s just so easy to get this information these days. 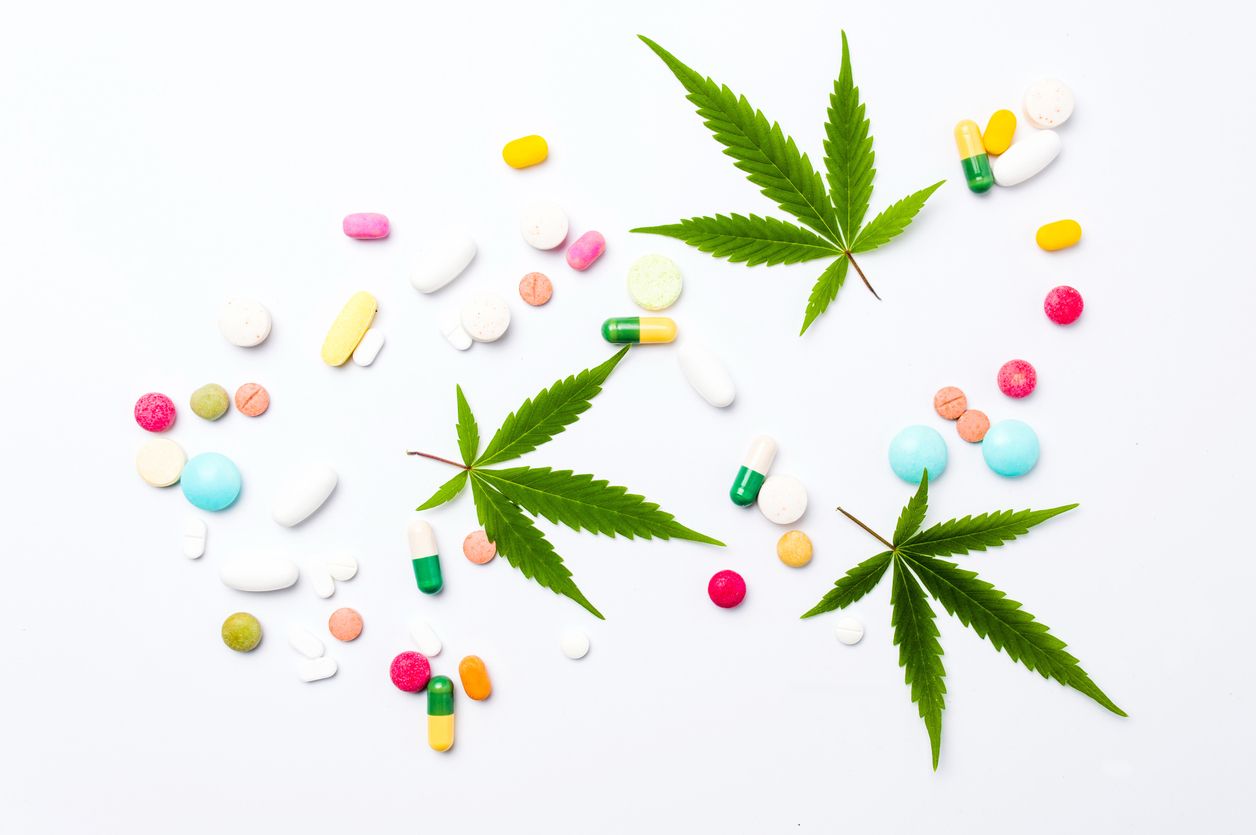 Cannabis saves millions of lives by providing a safer alternative

The reality is that it’s simply a safer and healthier alternative option for people who are eventually faced with difficult choices....