Why the temperature of your bong water matters

Most cannabis enthusiasts have experimented with different types of devices, and some of the most preferred options come with water as a feature, but few understand the reason behind the addition. Sure, the pipe will make some neat bubbling noises, and some will contain a pretty neat light show, but that’s not really what a water bong or water pipe is made for.

All jokes about stinky bong water aside, this extra that’s incorporated into the design serves a purpose, and it’s not just to look cool, or to filter some of the sticky tar from the smoke, and if you use it correctly, then you’ll begin to see just how much of a difference using a water smoking tool can make. One of the biggest mistakes made by beginner water bong users is adding hot or lukewarm water to their device, and here we're going to help to explain exactly why that is.

Though this might seem like an obvious point to some, most don’t realize how much it can actually help to enjoy a hit. As the smoke travels through the cold water, it will cool down significantly, resulting in a refreshing toke that is smoother and easier to take without coughing. Using warm water instead is going to have the opposite effect, and while it might not be life-changing, it will almost certainly be more comfortable to take hits from a water bong filled with cool liquid.

If you have ever smoked anything, then chances are pretty good that you have noticed the sweet sticky yellow resin that clings to everything, but it’s especially hard on a dry bong or pipe, as it gums up the chambers and is difficult to clean. Luckily, cold bong water can solve a lot of that problem as well, because it quickly works to solidify the resins that rest in the bowl stem, and hardly anywhere else.

Now, if you were to replace that liquid with hot water to compare, you would notice that the resin and tar build up on your water pipe or bong will add up much quicker, and it will be thicker, resulting in a difficult to clean piece after only a few uses. That’s not something that anyone wants to deal with and would be easier to handle by using cold bong water.

Heat is devastating to most materials that we use to build durable smoking devices, even if you can’t quite see it by eye right away. Metal tends to become deformed over time, and glass is prone to hairlines cracks that eventually give out after the smallest little tap in the wrong place. When you use cold bong water, it keeps the glass at a much lower temperature, reducing the long-term damage caused by heat exposure, making your piece last longer, and who doesn’t want that?

Most people know that when high heat is combined with significant humidity levels, things like mold can become a problem, but most don’t think of this when they stash their bong away on a windowsill, in a car, or even in a warmed area of an air-conditioned house. The thing is that you don’t need to be able to visually find mold for there to be a problem because as soon as any kind of contaminant like ash, dust, or saliva hits the water, it’s primed for harmful bacteria growth which can happen in a matter of minutes.

Those hazardous bacteria cannot survive in lower temperatures, so if you use really cold bong water, then you can probably get a good hour or two of use before anything could start to grow, which makes it much safer for your lungs. Bacteria inhaled in this manner can cause lung irritation and infection, so take the extra step and chill your bong water.

5. Keeping your water pipe or bong cold will remind you to change it

One of the biggest mistakes that most water bong users make is that they forget to rinse, clean, and replace the water. Now, many consumers get away with using stinky, warm water that stews in bacteria without issue, but it does have the potential of causing a lung infection and other respiratory issues.

If you always make sure that your water pipe or bong is filled with ice-cold water, then you won’t ever have to try to remember the last time your device was cleaned, as the action will come naturally, and more easily, once it’s made into a regular habit, leaving you with a refreshing hit every single time. 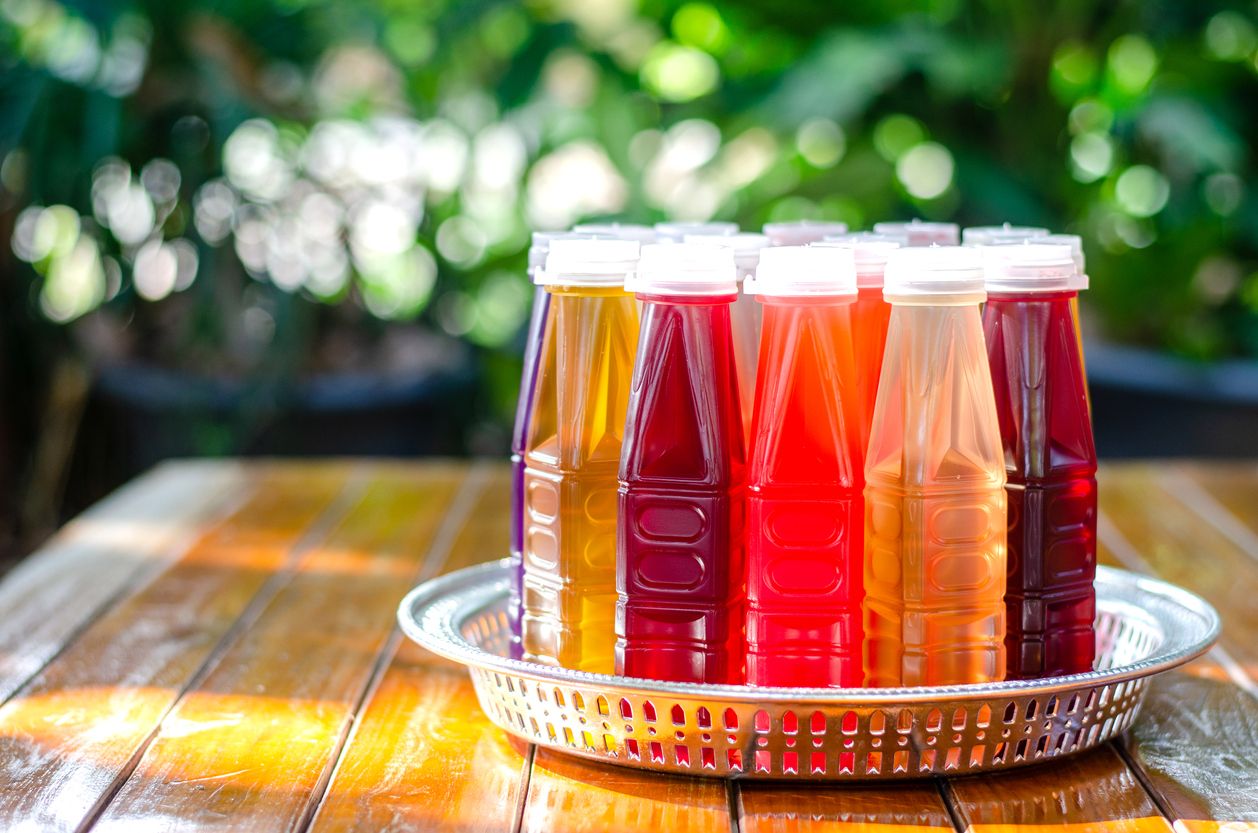 Everything you need to know about bong water flavoring

Bong water flavoring juice is a product that is designed to be easily added to the water inside of a smoking device....