Most people know that cannabis can come with a smell that is nearly impossible to ignore, as this feature is much of what entices enthusiasts and insults those who are against its use but have you ever noticed that the smell tends to hang in the air like a thick blanket of terpy mist, and then suddenly it dissipates, leaving very little for traces behind?

If you’ve answered no, then you’re doing it wrong, and that’s ok because we’re going to tell you what you can do to swiftly move the stench away once you’re finished toking, but if you answered yes, then you’re probably already wondering why the smell seems to act so much different than it does with tobacco smoke because the reason behind it isn’t just in your mind.

A lot of cannabis enthusiasts will joke about the skunk weed smell that comes with the habit, as the scent has often been compared to the disgusting spray of a real skunk or cat pee (ammonia), but these tend to be more metaphorical because each plant smells vastly different than the next. When cannabis burns, it is common for it to leave behind a thick lingering cloud of smoke that smells like a combination of dirt, berries, citrus, or fresh-cut grass.

Isn’t it the same thing as cigarettes?

Even the biggest chain smokers around will not deny that tobacco, once it’s burnt, just stinks, and it’s a smell that can linger behind for several years after there is no longer a smoker nearby, if there are enough things like walls or materials for the resins to cling to. Though cannabis smoke is chemically very similar to that of tobacco, it will immediately fill a room, and move on once a bit of air movement comes through to waft it all away, and this significant difference can be explained through chemistry.

When you smoke a joint or a bowl, it emits a pungent smell that is quite potent, and at first, it’s so strong that it seems like it might linger in the room forever, but there is a reason that this scent is reportedly noticeable from a great distance away, and that is because it floats, rather than settling on walls and materials because it has a high amount of ammonia.

Cannabis smoke has up to 20 times the ammonia as what is typically found in tobacco smoke, and this chemical is what is called highly polar. Like elements in chemistry are attracted to one another intensely, and water is also a highly polar element that is found all around us. Though you might not be able to see it, there is a lot of water floating around in the air, and that moisture is what the smells of cannabis cling to.

How to get rid of smoke smell

If you began this article by answering no to our question, because you haven't personally noticed that the smell of cannabis is an easy one to get rid of, that is likely because the area you’re thinking of doesn’t have very good airflow. The microscopic water droplets that linger in the air, attached to the smell do not move on their own, so if you hotbox a bathroom and never open up a window, then you’re likely to notice that the smell sticks around for much longer.

All you need is a good fan, and some open windows, and you can easily air out any space to get rid of the stench. It’s really that easy. It might be a strong smell that is off-putting to some, but it’s nothing that a bit of fresh air can’t get rid of. 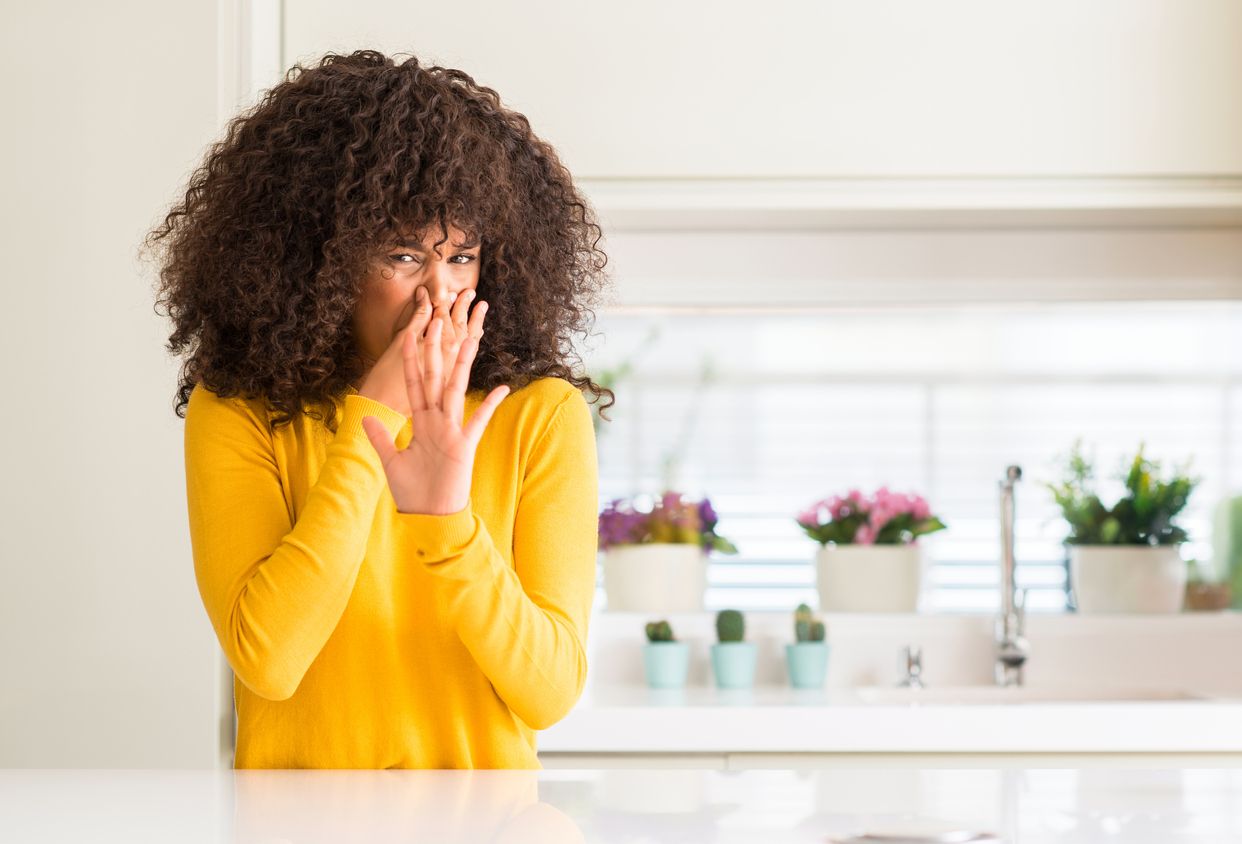 Follow these five steps, if you want to do your best to maintain what is likely to be a long-lasting friendship with those around you....