Where to safely and legally enjoy smoking weed in Canada

Canada is a 420 friendly country that has established a fairly robust cannabis market since legalizing the use of the plant in 2018. This was a huge victory for cannabis consumers everywhere, as it set precedents for other countries who are considering the different ways that they could end prohibition, but in all of the commotion, there hasn’t been a whole lot for guidelines or recommendations for consumers to follow. Now when some cannabis users light up, they’re left to wonder, is it legal or is it illegal, and what determines that fact exactly?

If you look at the federal government's website, what you’ll find is a generalized list of areas or spaces that are protected under law, which means that it is illegal to be smoking weed there, but there is almost nowhere to turn to if you want a list of safe spaces to go. This just adds to the confusion, and since cannabis consumers already have to worry about things like quantity and travel restrictions, we wanted to take the guesswork out of it by providing a list of safe and legal places where any cannabis enthusiast can go for a toke.

Places where you can legally enjoy smoking weed

It is important to remember that there are some variations when it comes to some of these places. One example is campgrounds, some of which are private, which means that they play by a different set of rules than the majority. So it is always a good idea to check with owners or employees whenever possible just to play it safe, but for the most part, all of these places are safe and legal spaces where cannabis enthusiasts can enjoy smoking weed out in the open.

If you want to get in touch with nature while walking around and smoking weed in Canada, then an excellent place to start is a conservation area. Here, you’ll usually find gorgeous trails, plenty of trees for shade and privacy, random wildflowers, and some even have fruit like mulberries to enjoy along the way. So, if you’re looking for some adventure in a nice green space, where you won’t be given a hassle for smoking a joint, then this might just be it.

It might not seem all that glamorous of an idea at first, after all, you’ll have to avoid other patrons who share them, there is zero privacy, and nothing other than people-watching to do, but if you’re in need of some relaxation, and don’t have anywhere else to turn to, it can work in a pinch, and it’s entirely legal. Sidewalks, green spaces between roads and sidewalks, and anywhere else in between is fair game for stoners, so don’t be afraid to spark one up.

Some provincially run campgrounds in Canada have banned or limit smoking of all kinds, so this is one of those situations where you’re going to want to ask ahead of time just to be sure, but the majority of the beautiful campgrounds right across this country allow it in the very least on your campsite. Campgrounds are an excellent place to get high, as right after you can go fishing, take in some trails, or just relax beside a roaring fire while staring up at the stars, and it’s completely legal.

Though places like Florida are typically the first that come to mind when we think of long sprawling and beautiful beaches, Canada has plenty to offer in this department as well, and for the most part, these incredible spaces are 420 friendly, with no rules against cannabis consumption at all. So, if you want somewhere to go where you can enjoy smoking weed, sunshine, swimming, and get your tan on, then the beach is exactly where you need to be.

5. Inside of your home, or at a friend’s

This is another sort of tricky area, as Canada does allow shared residential spaces such as apartment buildings to be completely smoke-free, which in most cases means that you can’t even go out on the balcony for a puff, but in most people’s homes (who are 420 friendly of course) it is entirely legal to partake whenever the craving hits you. As long as you aren’t causing damage to the home, or sharing a ventilation system, you can be free to get high whenever, and however, you want to.

It’s great to know safe places for cannabis consumers, especially if you are an enthusiast or a patient who partakes on a regular basis, but it’s also just as important to recognize the areas that you’ll need to stay away from to avoid trouble. Some spaces just aren’t suitable for smoking weed, and many of those that we mention here below, have federal and provincial laws protecting them from it, which means that if you break the rules, you could end up paying for the mistake with a big fine.

Canada is filled with some of the most incredible public parks that spread out across numerous green spaces, and these kinds of areas might seem appealing to the average cannabis consumer, as they are outdoors, and tend to be filled with few other people, so you can keep your smoke to yourself. However, they are also protected against anti-smoking laws, so if it’s not a conservation area, then you aren’t going to want to smoke a joint there.

One of the biggest concerns with legalizing weed was that it might adversely impact our children, who are vulnerable and often unable to speak up for themselves, which is why we have rules against smoking cigarettes or cannabis anywhere near playgrounds where children will play. In Canada, most parks ban smoking entirely, but regular playgrounds offer a smaller budder of at least 20 meters away from any equipment. It might seem like a great idea to hit the park with the kids so that you can be smoking weed while watching them play, but if you want to stay out of trouble, it’s not a good idea to do that here.

3. Indoor facilities open to the public

Not long ago, Canada was home to smoke-friendly establishments that welcomed cigarette smokers in swaths with accommodations like smoking rooms to keep their second-hand fumes away from other patrons, but those died out quite quickly, once it became evident that the smoke still traveled into non-smoking sections. This led to a countrywide change that banned the smoking of any kind in all indoor facilities.

It is essential that our children are not adversely impacted by adults having access to legal cannabis, and to ensure that this happens, all of Canada has banned the smoking of both cigarettes and cannabis on school grounds. This means that you can’t smoke anywhere on the property at all, so if you’re a visiting parent, or walking past one, make sure to stick to the sidewalk, or find somewhere else to enjoy yourself, or you could risk a fine.

Canada may be 420 friendly, but that doesn’t mean that you can start smoking weed just anywhere, as there are rules and restrictions to keep any wafting smoke from impacting others who live within our communities. One of the biggest and most highly enforced is the banning of smoking outside of stores or doorways, that may be used by non-smoking patrons. This means that when you visit a fancy restaurant, a bar, or just a regular grocery store, you will have to maintain a safe distance of 20 feet or more away from the doors. So, if you do need to smoke while you’re out and about, stay away from buildings, and stick to the sidewalk instead. 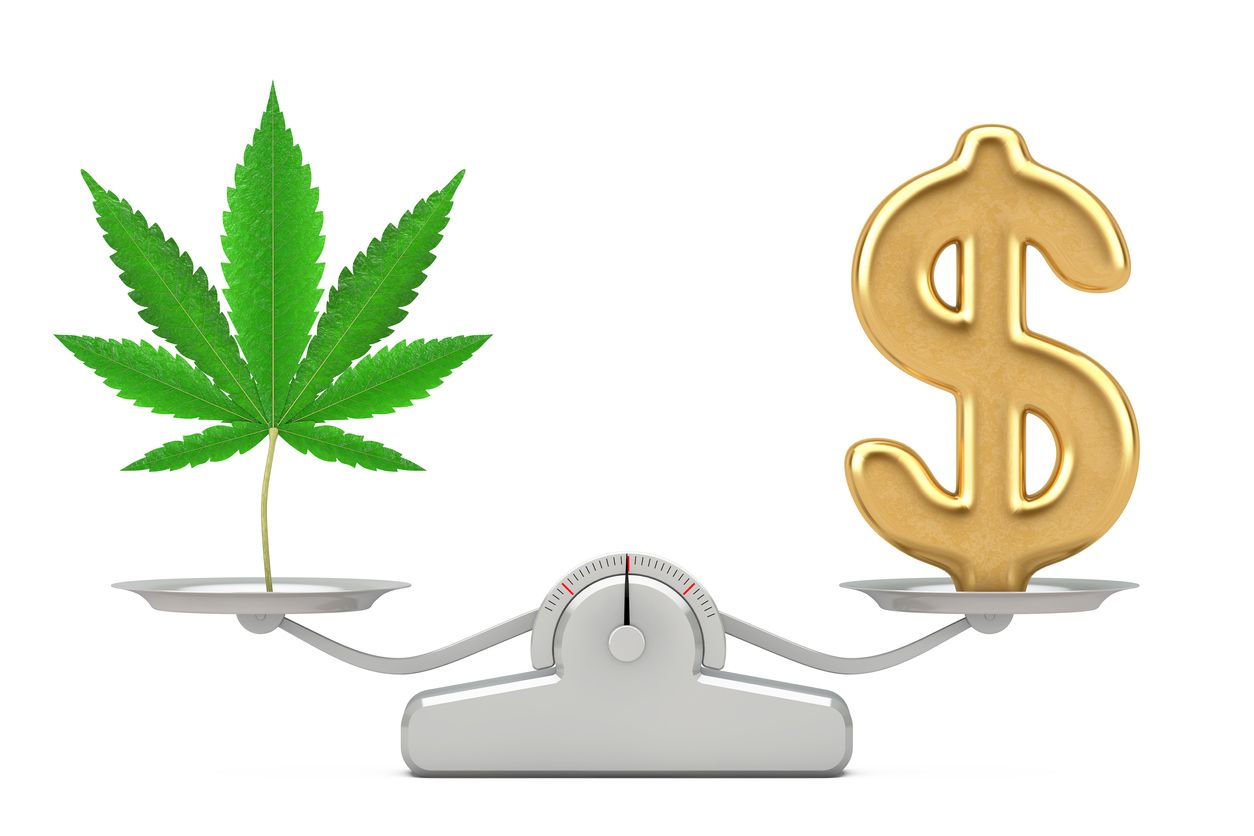 The most affordable cannabis brands in Canada

Prices are of some importance when you want to stock up on the essentials, and we know that weed is an essential need for many....