Stoners turn to all sorts of unique devices to get high. It's one of the things we're known most for, and for a good reason, as our ingenuity never fails to impress even the most experienced cannabis users. We've seen bongs and pipes made out of almost everything you can imagine, including plastic and glass bottles, vases, vegetables, and even fruit, but sometimes we just want to reach for a more straightforward solution. On one of those days, you might find that you've got no bong, weed pipe or papers, but you've got access to a clean and readily available tobacco pipe.

It's just one of those things that many of us have lying around passed down from parents or grandparents who used good old fashioned shredded tobacco, so it makes sense to take it out and get some use out of it. However, it is essential to know that smoking cannabis with a tobacco pipe is a bit different than what you might be used to. Sure, you can use it to complete the act so to speak, but you will need to take some precautions and steps along the way, and we're here to show you exactly how to do it, with the least amount of stress.

Tobacco pipes, especially older models, aren't generally equipped with a screen, and even if they are, by now, it would be long overdue for a change, so you are going to need one to get started. Otherwise, you'll find that the small pieces of cannabis fall into the tobacco pipes stem, which will clog the whole thing and make it impossible to use more than once or twice.

So you've got a screen installed, and you're considering adding a few drops of your favourite concentrate to the mix. After all, you can put down a bed of herb just like you would with a bong, but as we mentioned earlier, tobacco pipes tend to have narrow chambers, which can get plugged up fast with thick cannabis concentrates. So if you want these kinds of pipes to last, you'll be much better off sticking to flower as much as possible.

3. Wash it as often as possible

You may be noticing a trend at this point because one of the biggest problems with tobacco pipes is that they just can't hold up to the resinous nature of cannabis products in the same way as other devices that are designed for precisely that. It's unfortunate, but you can prolong a pipes life expectancy by keeping it clean, just as you would with any other smoking apparatus. Just be sure to keep in mind that they're typically made of porous material, so regular cleaners might not be safe.

4. Don't expect it to last long

Tobacco pipes can work well as a temporary situation to a first world problem, but they shouldn't be relied upon for any significant length of time. Though some people manage to get a good life out of these pipes, it takes due diligence to get there, and most of us just don't have the time and energy to do that. Especially if we're smoking all the time, which doesn't leave much time to leave it soaking or to get it properly cleaned often enough to make it last.

5. The taste will likely be different

These pipes are usually used with what should be no surprise, tobacco, and it leaves a film that is nearly impossible to get rid of just like cannabis, which can have an impact on the taste of your weed. Even if you're lucky enough to start with a brand new device, chances are pretty high that it's made using materials like wood or metal that you won't often find in a good quality cannabis pipe. They too can influence the flavour of everything you put through it, so don't be too surprised if you find this to be the case. 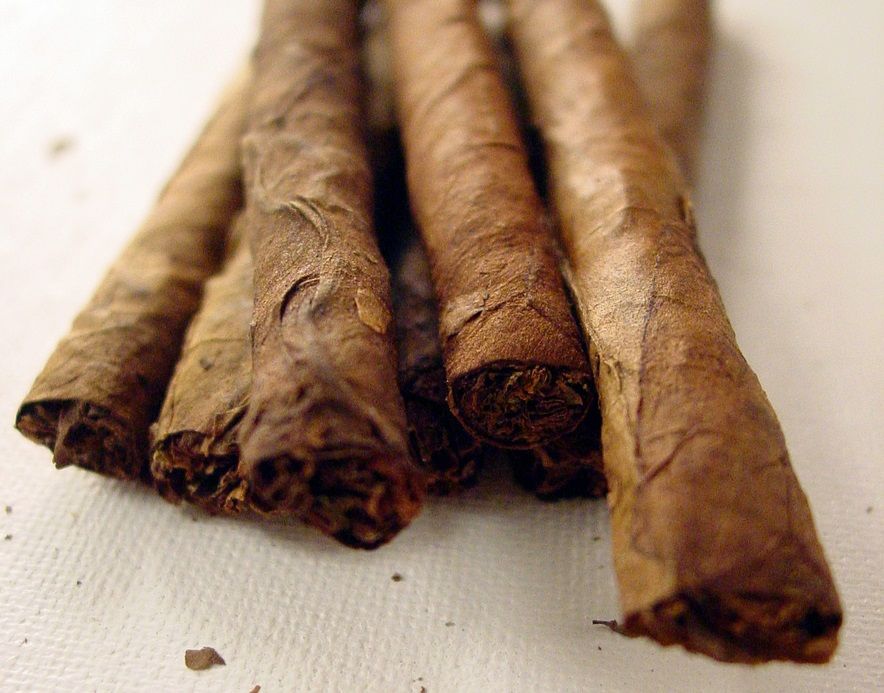 Nature is filled with millions of different plants, and some of them are just as good to roll a joint without the harmful irritants that are in tobacco....