Have you dabbled in the occasional edible or joint in the past, and has it been a while since the last time you partook? If you answered yes, then you're what we call a returning cannabis consumer. This fantastic group of individuals already have some idea of what cannabis has to offer in terms of recreation, relaxation, and medicine, but diving back in isn't always as easy as it might seem. With that in mind, we're going to discuss some of the most important things anyone who has taken a break should know in order to avoid making any mistakes they might regret.

Cannabis is stronger now than ever before

We know how little many enthusiasts want to believe in this widely shared fact, but it's the truth! The strongest strain of weed today could be as much as 60% or more potent than any cultivar that was around 20 years or more ago, and that's a huge leap in effect. So even if you think you've got plenty of experience from many years ago, chances are pretty good that you'll be in for a surprise while diving back in, which is why it's a good idea to tread these waters carefully.

It's best to start with products you already know and love

If you're returning to cannabis after an extended hiatus, then a good rule of thumb is to ease back into things using the products you already have experience with because this way, you'll have some idea of what can be expected as far as effects are concerned. From there, the transition to lesser understood products will go much easier. Still, it's important to keep our next point in mind.

It's probably tempting to delve right into things by consuming larger doses of cannabinoids, and that is especially true for those with experience because they assume that nothing can go wrong. Though it's unlikely, it's still much safer to start low and to progress as slowly as possible for the very best results. This way, you'll maintain more control over the experience, and that's a good thing, as you'll probably discover at least some truth in our next point.

Your tolerance may not be what it used to be

Tolerance is something that's established over time, and it's unlikely to stick with you after multiple years of staying away from cannabinoids. That's right, though you might not experience the intensity of that very first time you ever indulged, the chances are high that anything you do take will affect you much more than it used to. So if you don't want to go through symptoms of being too high, then keep this in mind as you proceed.

Cannabis drinks and edibles are powerful

Back in the day, pretty much everyone was smoking weed because flower was plentiful, and edibles were much harder to come by. Now, drinks and infused snacks are plentiful, but it's important to note that these products are nothing like smoking weed. They're much more intense even with lower doses, and they provide effects that can last for much longer, so tread carefully with these delicious snacks and drinks because they're much more powerful than they appear.

We didn't always have a whole world full of options in cannabis, and one thing we always lacked was access to legitimate, trustworthy resources to learn about them. This knowledge can help us to make informed decisions, and it's everywhere now—in local libraries, online, through cannabis consultants, lessons, or hands-on classes. The options are limitless, and we highly recommend that all returning enthusiasts take advantage of them.

If you're diving back in for medical purposes, then it might be time to get a license

Not too long ago, it seemed like everyone had a license to use cannabis, but now that it's legal, most are choosing to forgo this annoying extra step, even if they are really using these products as medicine. The problem with that is the lack of resources and insurance coverage, two things that card-holding consumers may access to reduce financial stress and confusion. Discounts and tax breaks are also available in some states, so don't let them go to waste. 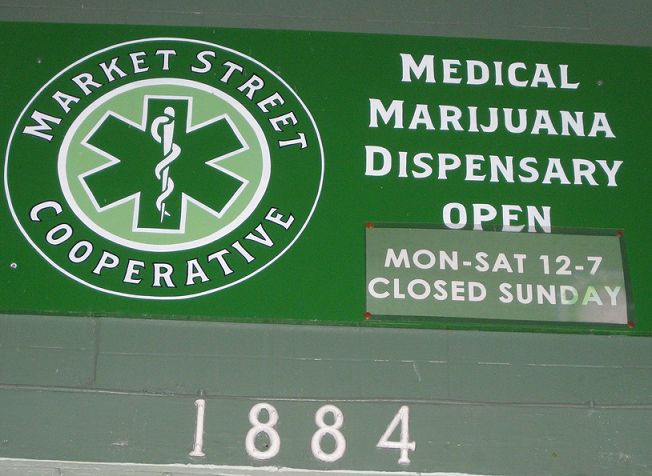 With so many people going to a dispensary for the first time, many are left to speculate on how to get weed at a dispensary...