What consumers need to know about marihuanilla

Here at Cannabis.Wiki we enjoy the process of exploring all substances that are either comparable to or used as an alternative to cannabis, and lately, all the buzz has surrounded marihuanilla. This substance is incredibly unique and comes with effects that are psychoactive and yet manageable, which could be why it's often utilized as an alternative to cannabis, especially in regions where cannabis is still illegal.

Marihuanilla, aka little marijuana, is a herbaceous biennial that is more technically called Siberian motherwort. This plant is native to China, Siberia, Korea, and Taiwan, and it is most widely used in those regions, but it also grows in Brazil, Chiapas, and Mexico. It's a herb that can grow up to 2 meters high, and the plant sports large basal leaves that are oval in shape, as well as small violet or reddish flowers that stand tall and long.

How is marihuanilla used?

We aren't entirely sure when using little marijuana first began, but traditionally the motherwort flowers were offered during devotional rites for Hindu people that are called pujas. It's also been well documented as a traditional herb used in China. They believed that the plant held incredibly powerful medicinal properties that could do everything from lower blood pressure, and improving blood circulation, to clearing toxins and warding off fungal infections.

These days, though there are likely some who still use the plant's benefits spiritually or religiously, the majority of marihuanilla consumers make use of it because it has effects that are so similar to cannabis without all of the legal restrictions to hold them back. Most who use little marijuana claim to love the aromatic smell, delicious taste, and the relaxing sense of calm that goes with it, but how they chose to partake is a combination of three different methods of consumption.

Tea – Marihuanilla roots and leaves at any stage of life are often used to prepare a delicious cup of substance laced tea by soaking a few teaspoons of them in boiling water, that is then cooked for 15-20 minutes.

Smoking – Smoking motherwort is not the most commonly used method, but it gets the job done. The only thing is that for this to work; the leaves must be harvested when the plant is in full bloom. Some will smoke the dried leaves just as you would with cannabis, while others prefer to blend marihuanilla with other smokeable herbs that might compliment the experience like tobacco, wild dagga, or cannabis.

Vaping – Vaping in the least popular way of using little marijuana, but as this method of consumption has risen in popularity so too has the marihuanilla consumer base of vapers. Just like with cannabis, it can be packed into dry herb compatible vapes and then inhaled with ease.

The effects of marihuanilla

Much like with cannabis, the effects of little marijuana highly depend on the method of consumption that is chosen. Smoking motherwort produces relatively mild intoxicating effects, but when it is combined with other substances, the results can be intensified. In steeped form, marihuanilla offers an intense calming effect due to several soothing alkaloids, including leuronurine, stachydrine, leosibiricin, preleoheterin, leoheterin, prehispanolone, and cycloeourinine.

Since the effects of little marijuana are exactly like the name seems to imply, incredibly mild, there are few to no side effects that are known about this substance. So far, the few studies that have been done seem to imply that it's relatively safe to consume in moderation, aside from a potential for lung irritation that would be expected from inhaling any substance.

The legal status of marihuanilla

Marihuanilla has quickly become a hot commodity in regions where consumers fear repercussions from the law, and that is because to date, no region has made the plant illegal. This makes it easy to trade, access, consume and buy right across the globe, so it's no surprise that this cannabis alternative is now being revered as one of the newest popular smokables. 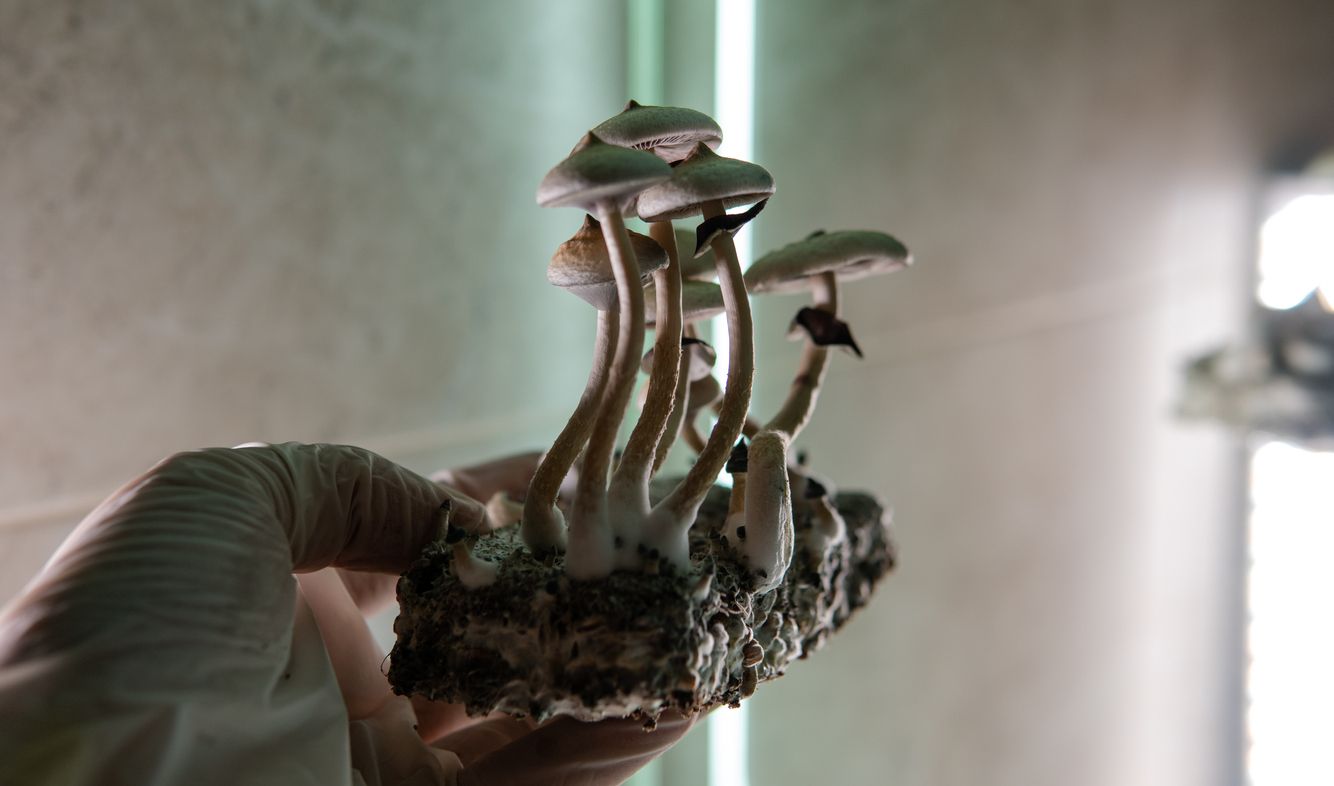 Study finds psilocybin to be 4x more effective than anti-depressants

This means that we have a viable, safe, and incredibly effective alternative to medications that are typically used for depression....