Now that people have legal access to cannabis goods, it’s becoming more of a problem for our fuzzy four-legged friends. Most consumers have never even considered the idea of getting their cat or dog high, but you might be surprised by the potential risk it can place on both felines and canines.

If you have smoked bowls or joints with your pet in your lap, you might be thinking that this whole thing is a farce. A scare tactic used by naysayers and, in general, those who are anti-pot as some kind of new aged propaganda, but the truth is that even if you didn’t notice, they were probably experiencing an insanely intense reaction to the flood of cannabinoids to their bloodstream.

The average house pet like a dog or cat is just as well equipped as any human to react with the cannabinoid THC, but unfortunately, the problem is that they are so small, contain more cannabinoid receptors, and hold much less blood than we do, leading to quicker processing of the euphoria-inducing cannabinoid. This slight change is enough to make a plant that is not normally toxic, lethal.

One of the biggest reasons that marijuana overdose in pets has become so prevalent, is due to a misconception surrounding a particular product and cannabis cannabinoids. CBD for pets has become a massive market and for good reason, as pure CBD is not harmful to animals and can be beneficial for them in many of the same ways that it is for humans. Unfortunately, this portion of the market is not regulated, which means that customers might be getting more than they realize when they buy CBD oil.

CBD oil with THC is deadly to pets, while the majority of black-market CBD options contain both elements. Even those made from so-called trusted producers who perform rigorous testing on a regular basis have had to recall products that were accidentally labeled as pure CBD, but in reality, they were CBD oil with THC in levels that could be deadly if given to a family pet.

Edibles are delicious but deadly

Another common mistake that results in a marijuana overdose for pets is the mishandling of cannabis-infused edibles that are intended for human consumption. A pot brownie, or better yet, cannabutter gravy coated plate could end up in the belly of a sneaky dog or cat who find it laying out in the open and ready to enjoy. If you think your dog got really sick that one time he ate a small piece of chocolate or a type of human food that didn’t sit right, that is nothing in comparison to what edibles can do to your beloved pet.

Symptoms of marijuana overdose in pets

If you notice any of the symptoms listed below or believe that your pet has accidentally ingested cannabis-laced goods, then it is best to seek assistance from your veterinarian immediately:

How to reduce the risk of marijuana overdose in pets

The best way to avoid having to spend thousands of dollars and possible heartbreak with your vet is to keep a set of rules for storage of activated cannabis products. Pure cannabis buds contain inactive cannabinoids, but things like tinctures, cannabutter, cannabis oil, and many other concentrates are activated and will likely cause an adverse effect when ingested. So, anything that resembles an activated good should be kept in a locked cabinet, fridge or freezer, and far away from any family pets. 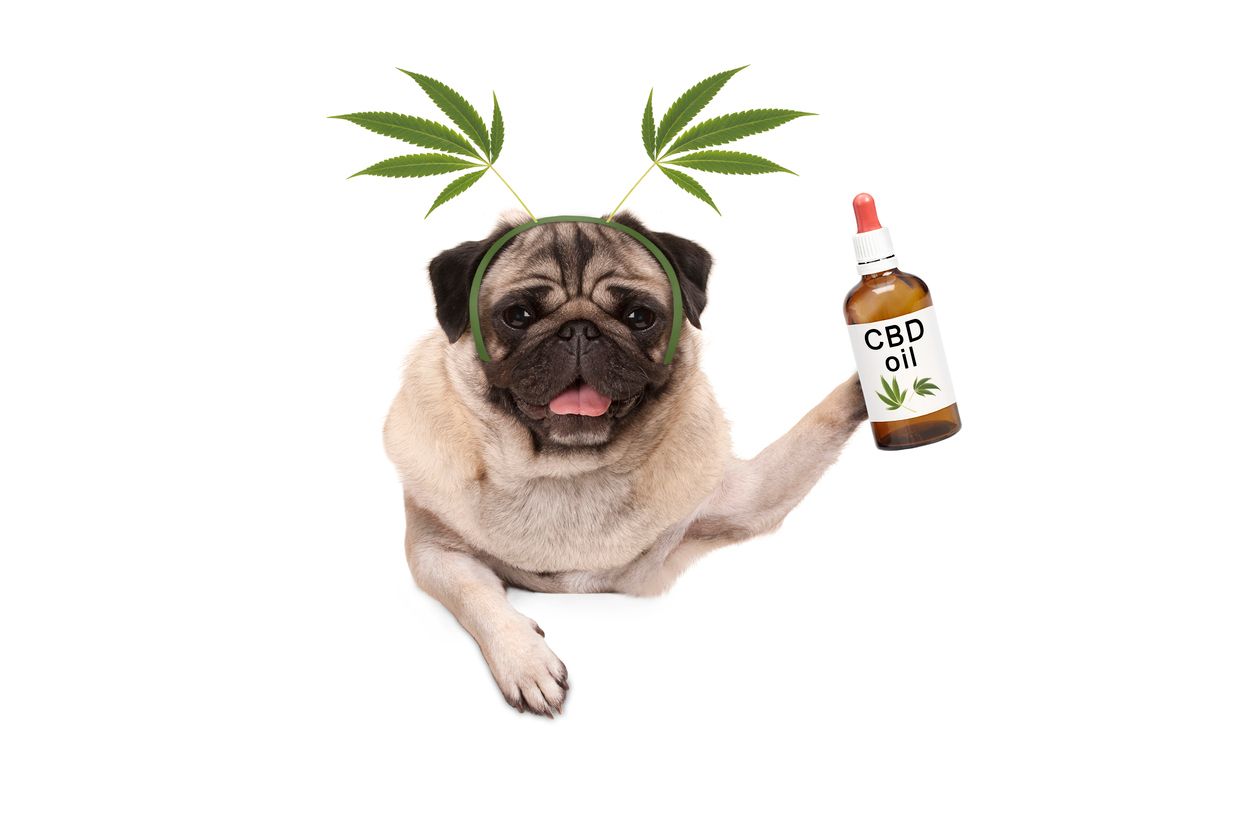 A guide to using CBD oil for pets | Cannabis Wiki

Here you will find everything that you might want to know about using CBD oil for pets....