The pros and cons of making weed tea with stems

There are so many fancy edibles and beverage recipes out there to choose from that it can be exhausting just working your way through them all to decide on one, but weed tea offers a sense of simplicity and familiarity that cannot be beaten no matter how hard you try. It’s comforting, really easy to make, and simple enough to whip up enough for a fairly large group of friends, but the best way to make it is still a highly debated topic.

What is weed tea?

Marijuana tea can be made several different ways, but generally, it starts off with a cannabis product like stem or flower that is steeped alongside a delicious blend of tea for the ultimate combination of both caffeine and euphoria. Technically it can be made in a non-psychoactive way that utilizes CBD, but most who drink it do so because they like the potent hit of THC that can be achieved by using this method of consumption.

As we’ve mentioned, weed tea can be made with a broad range of different cannabis products as long as they are activated prior to steeping for extraction, but the most popular way to make this tea is with regular old cannabis plant stems. Now, to a relatively new user or one who is inexperienced with the process of making edibles, this might sound strange, but those that grow or buy a lot understand much of the benefit that comes from using otherwise wasted cannabis parts.

Since this method of making cannabis tea is so highly debated, we thought it fitting to cover both the positives and the downsides of using stems to make it, so that you’ll know exactly what you’re getting into if you decide to go down this path rather than experimenting with other pot products as a base for infusion.

Whether you grow cannabis or you just buy a lot of it to use, chances are pretty good that you’re tossing out thousands of stems every single year, because they aren’t any good for smoking, and that makes stems the perfect option for weed tea.

Beginners often report discomfort as they tread into the more exotic waters of consumable cannabis products like edibles or beverages because they are strong and come paired with some pretty intoxicating effects, but when you brew it with stems, the result is a truly mild version that is much more enjoyable for those with a lower tolerance to cannabinoids.

Stems do need to be carefully decarboxylated to activate the THC within before you use them to brew a hot steaming cup of cannabis tea, but they are much less likely to burn in the process thanks to the higher moisture content, and the fact that they typically aren’t ground down into a powder beforehand, which makes preparation minimal and foolproof.

Cannabis stems are coated in a fine layer of trichomes that holds the key to the euphoric experience, but they don’t contain anywhere near as much THC as other parts of the plant like the buds or sugar leaves, which is why the effects are so mild. Unfortunately, making weed tea with stems requires a lot of them, and there’s only so much room in a cup, which makes it nearly impossible to make it potent enough for more experienced users.

That stereotypical cannabis flavor that you may have noticed that is present in many mass-manufactured edibles comes from a high concentration of unnecessary cannabis pieces that go into the process. It’s what makes cannabutter, canna oil, or in this case, weed tea, a bright hue of green which indicates a much stronger taste, so if you aren’t a fan of the flavor then making cannabis tea with stems might not be the ideal option for you.

We’ve mentioned that cannabis stems are less potent than other portions of the plant, and the fact that this ultimately means you’ll need a whole lot more of it for it to work. Unfortunately, in a small cup of water, you can only fit so much stem, and in many cases, you’ll need a whole handful to achieve the same kind of effects that you could expect from a half of a gram of kief, which rules out the possibility of using your regular teabags to help you to get the job done.

The reality is that it may work for one person but might not work for the next, and though some people absolutely hate the idea of going through all of that work for a mediocre, mildly infused cup of cannabis tea, in many cases, the lack of depth to the buzz that comes with doing things this way is what makes it so appealing. Making weed tea with stems might not be the most effective or efficient way to get high, but depending on your tolerance level and budget, it could be just enough to do the trick, so it’s always worth a shot to make a batch to try. 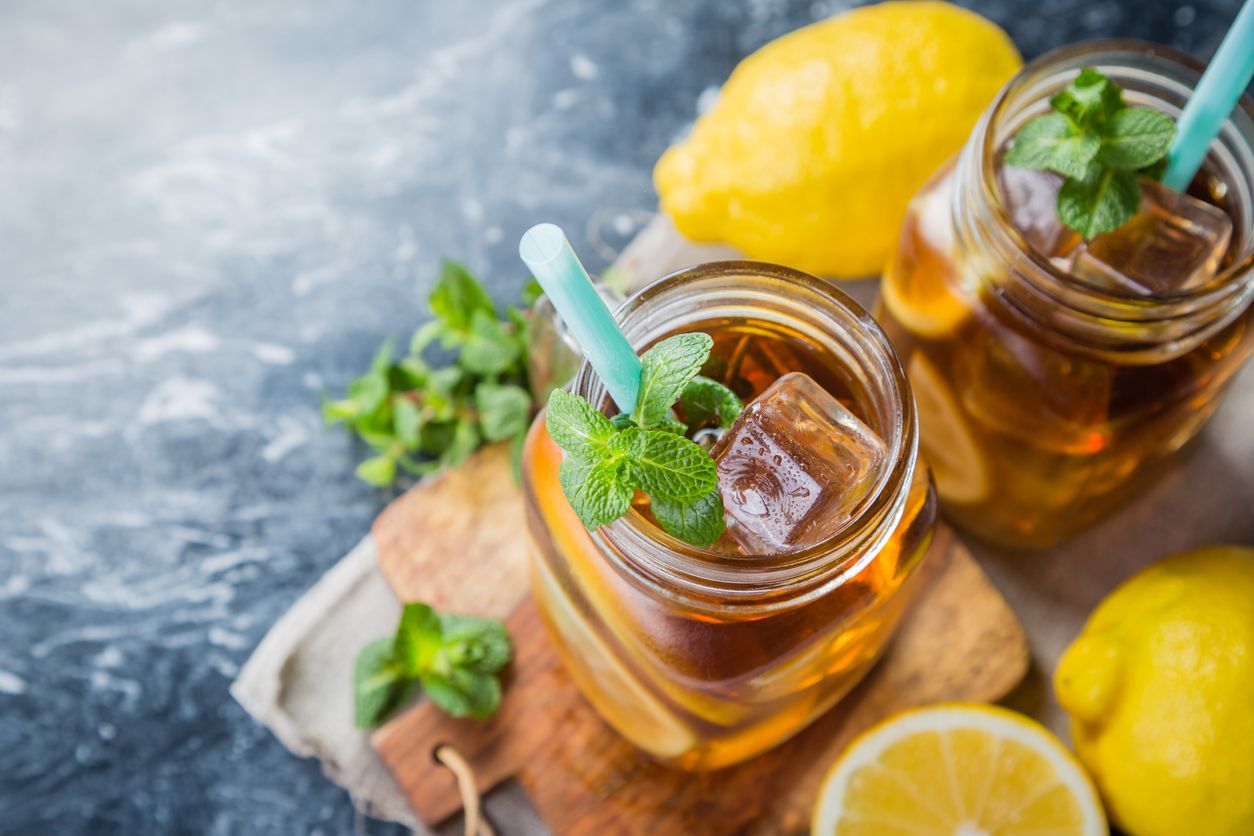 How to make iced tea with cannabis from scratch

This iced tea recipe offers the perfect combination of a super sweet tea alongside a potent dose of cannabinoids....