The importance of teaching kids how to avoid cannabis-infused food

At one time, parents would fret over the possibility of their kids coming across their hidden pot plant out back, or their stash of perfectly cured cannabis flower because they truly believed that there was cause for concern. Now that we know otherwise, it’s kind of laughable that this was once such a worry, but nowadays we’ve got much bigger fish to fry.

Edibles are quickly becoming one of the most popular cannabis products on the market today, and the trouble with these delicious treats is that they come pre-activated. So, while your kid could totally munch on a bud without any adverse effects, there is a threat that looms when it comes to edibles. The same holds true for other activated pot leaf products like distillate, as they come in highly concentrated forms that are ready to get you high in an instant, and the effects can be devastating.

Though most people view cannabis products as a relatively safe option for adults, the consequences for children can be long-lasting. They tend to be smaller, and at the most tender ages, having no experience with cannabis at all, which means that the effects can be incredibly intense and scary for everyone involved.

Of course, they aren’t going to be poisoned by the presence of cannabinoids in their system, but what they go through can be just as terrifying for both parents and their kids. Though some adults end up at emerge looking for medical treatment after a bad experience with cannabis, most of the dangerous situations tend to involve children, because they have no way to know or understand what’s happening.

Why is this important?

You might be wondering why this is a problem at all, seeing as most of us have the common sense to put away our pot brownies when someone underage could be in the vicinity, but it turns out that the issue isn’t quite so simple. Kids are crafty creatures that are naturally attracted to the average sweet dessert, which just happens to be in the form of the most widely produced cannabis edibles out there, so they normally, without warning, won’t think twice about reaching for a brownie that’s in the back of the fridge.

Aside from the normal potential for concern, which generally takes place in other people's homes when you aren’t around, there are the less obvious cases that worry experts, like one situation where a foodbank received hundreds of care packages that included what appeared to be Nerds candy. In this case, neither the parent nor the child knew anything was wrong, but it didn’t take long to become obvious that something was wrong after the convincing treats were consumed.

We often consider nefarious situations that might take place at school with other kids, but no matter what you do, these kinds of products are out there, and most accidental ingestions don’t happen in such a predictable fashion. The majority take place in the child's own home, which is a large part of why it is so important to have these important conversations with your kids.

Since edibles and other activated cannabis goods will be around for the foreseeable future, it is important to lay down some ground rules with your kids that can help them to avoid the unfortunate situation of accidentally eating any of these products.

Whether it’s in your fridge or a friend's fridge, even if they’ve been given permission to help themselves to whatever they like, once a decision is made, it’s always best to ask to be certain. This is especially true when it comes to unpackaged baked goods and candies, but also possible with professionally wrapped items that look just like the real thing.

It doesn’t matter if it’s Christmas gifts or Halloween candies, all gifted sweets and treats should be closely inspected by an adult before your child considers diving in, just to be safe.

Most young kids wouldn’t recognize a pot leaf, which is the symbol that is often used to tag edibles products to show that they include the euphoric ingredient, which is why all children should be able to visually recognize this symbol with ease.

When in doubt, throw it out! This is a really good motto to keep going with your kids, as there may be times where no one is certain and that is when they should confidently know to pass on the opportunity.

Most kids know very little about cannabis, or the potential effects that it can have on them, so it doesn’t hurt to go over some of the potential sensations and feelings that could go along with accidental ingestion of edibles. They might feel sick, sleepy, lethargic, have trouble waking, or feel panicked, and if they can, they should know to get the nearest adult’s attention immediately.

It might sound silly to scare your kids with this kind of a sensitive topic, but the reality is that they’re out there, and also that children are the ones that are most often the victims of this unfortunate situation. An ounce of prevention can go a really long way, so while the conversation might be a bit unnatural or uncomfortable at first, it’s an important topic that all parents should go over from time to time with their kids. 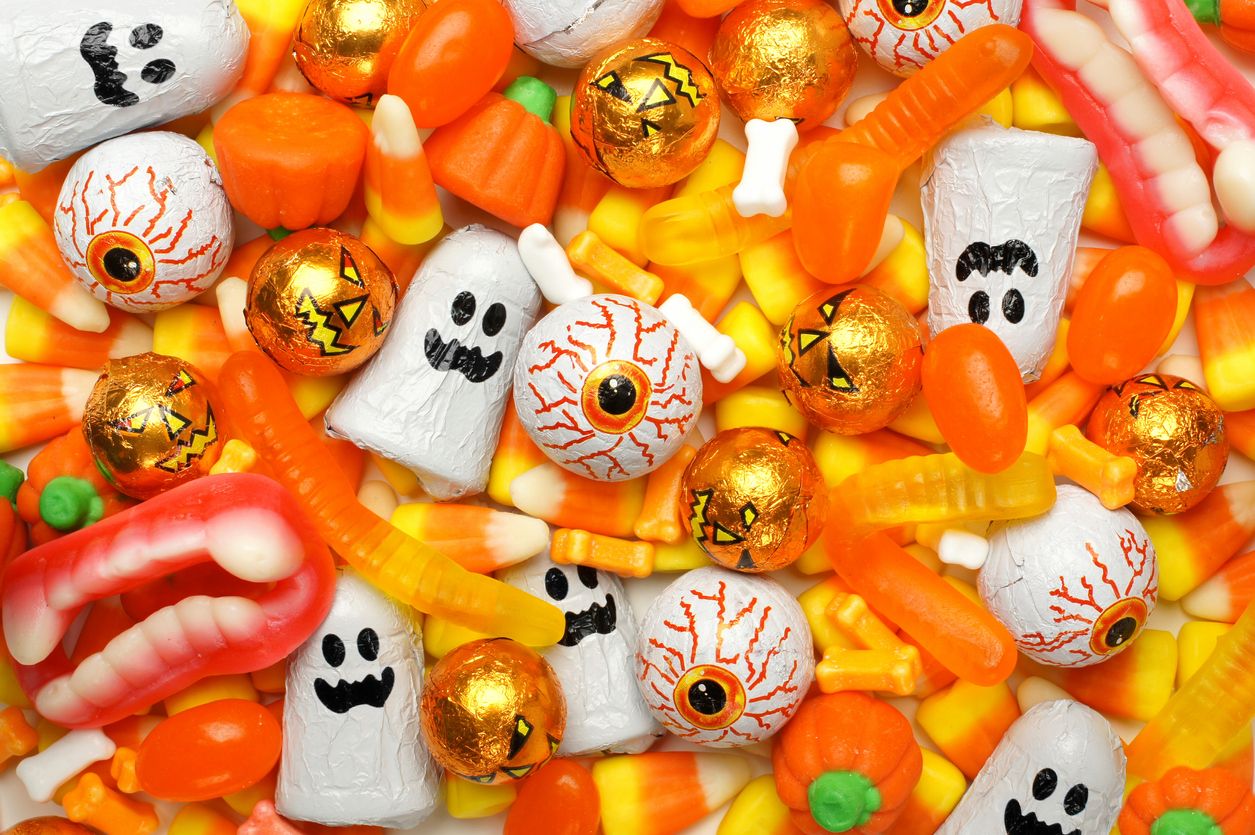 How to tell the difference between Halloween candy and THC edibles

You can never be too careful when it comes to the safety of your kids....