The importance of obtaining consent before giving someone cannabis

It's the punch line of several comedies and often a situation that very few of us recognize as threatening. The idea of giving someone a product with cannabis without letting them know what might happen is a funny trope many enthusiasts have laughed at, but the truth isn't quite so funny.

Bride arrested for drugging guests with cannabis without consent

Just last week, a Florida bride found herself on the wrong side of the law and in a cell after purposely feeding dozens of guests cannabis-infused food. Her caterer was just as unlucky, arrested at the same time, with charge considerations pending. Though the night started out on a high note, it ended with an uncertain number of attendees being removed from the venue by stretcher in a terrifying scene that looked like a bad dream.

Guests reported feeling heavily drugged, and one went so far as to say she thought she might die. It was an ugly turn of events, to say the least, and it left many people traumatized who should have been enjoying the experience of watching their close friends get married on what was supposed to be the greatest night of their lives.

A bad joke with awful consequences

That bride is paying the price of ignoring people's right to consent or deny a substance, but only in the legal sense. Unfortunately, it's those who were affected that are likely to suffer for many years due to this incident, and here, were going to break down some of the long-term effects of such an unexpected turn of events.

The number one reason not to purposely give someone a product with cannabis in it without letting them know is that it's against the law! Though the bride is still awaiting charges in Florida, as prosecutors deliberate over what they should be, one thing is clear, and it's that she's not getting off easy. These charges will also result in a permanent criminal record which may impact potential housing or employment opportunities—all for a laugh that was never had by anyone.

People who weren't attending the wedding will continue to be affected by this unfortunate event, as readers of these stories are led to believe that this situation is not only possible but also actively happening. Much like how on Halloween, all it takes is a single "prankster" giving out a single THC gummy to send millions of parents into a renewed fear over what might be in their kid's candy bags, this incident is likely to make many people think twice before diving into buffets provided by cannabis enthusiasts.

It started non-consumers on a bad foot

Those who were duped at this event with prior experience with cannabis are likely much better off because they've already created an opinion of the plant, and they know how to use it in a way to give them the effects they seek. However, those who've never tried cannabis, many of whom might have someday been potential future cannabis lovers, are now going to have a tainted opinion, especially where the effects were debilitating or in any way frightening, something that's bound to happen when guests are not given the option to control their own dosing. Some might fear it for life, and that in and of itself is quite tragic.

It looks bad on all consumers

At the end of the day, scenarios such as this cannabis-fueled wedding only create further divide while deepening the heavy stigma that continues to impact cannabis enthusiasts. Some readers will say things like "look at these irresponsible stoners" or "look, they weren't thinking as usual," two comments that can be found under the news article on social media, which shows that big mistakes like this reflect poorly on the movement and culture as a whole.

Weed weddings are big news in the legal world today, and they can offer a perfectly safe and fun experience for all those involved, as long as the host is ready to give attendees the power to say no. 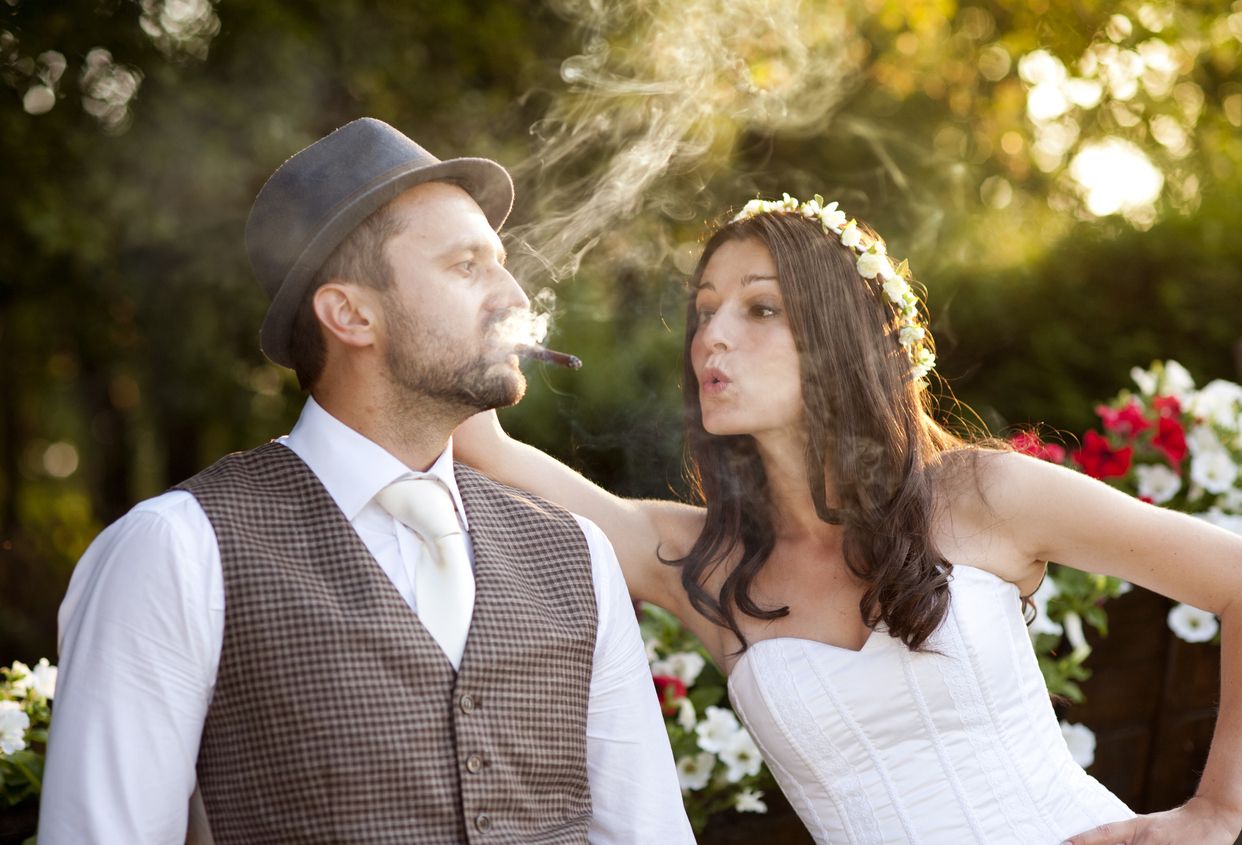 Here you’ll find some weed wedding ideas that will help to ensure your guests are both safe and comfortable....