The great debate - Is smoking hemp really a good idea?

In some circles, smoking hemp has become a new trend, but many question the validity of the claims that are made about how hemp flower or hemp leaf can affect the people who use it. To be clear, those who are on board with the idea are grinding up herb flower or the plants leaves and then smoking them in a joint, bong, or a vaporizer to achieve some sort of results.

Why do some people smoke hemp flower?

The reasons behind why so many have chosen this route is a much longer list than you might expect, and it seems to be mainly due to a lack of understanding and information surrounding the hemp species of plant, and it’s products. Some smoke hemp flower to regulate appetite, and just as many do it to garner relief from medical symptoms that can get in the way of everyday life.

A few enjoy the option for its discretion, as it doesn’t smell as bad, and will not leave you stoned out of your mind. Some are puffing away on it, hoping to get high, in a milder way than what cannabis is able to provide, because they assume that hemp and cannabis are pretty much the same things, but that idea is nowhere near the truth.

Does it really work?

The jury is still out on whether or not smoking hemp can truly help to soothe the same symptoms that its cousin cannabis is known for, but one thing is for sure, and it’s that millions of consumers swear that smoking hemp has helped them in some way or another. The trouble is, without clinical evidence to back that up, and with the reviews from avid cannabis consumers who have put this legend to the test, it’s difficult to say for certain how much benefit can be achieved through smoking hemp products.

One of the most well-known side effects that seem to be prevalent among hemp smokers is random bouts of headaches and nausea. It is believed that this could have to do with other elements that are commonly produced by hemp in more substantial quantities than they are in cannabis plants, and though this has yet to be proven, thousands of reports can be found with a simple Google search from regular consumers who experienced this unfortunate side effect first hand.

What about CBD cigarettes?

CBD cigarettes are a hot topic, and they are often associated with smoking hemp flower. In fact, the sheer mention or release of these products gets consumers raving and ready to line up to buy them, and that is a significant part of what influenced this new trend of smoking hemp products, but they are very different for one major reason, and that is because they are designed to be useful.

CBD cigarettes are typically filled with dried hemp flower materials, but they also toss in a large dose of cannabinoids through other means, such as oil. This allows for a much higher cannabinoid content than smoking hemp flower or leaves alone, and they have a purpose. CBD cigarettes aren’t advertised as an aid for medical consumers to get relief, but instead, they are supposed to be used to help smokers to break a lifelong habit of using tobacco.

A lot of hemp smokers are using it to get high, but the truth is that your chances of feeling any kind of stereotypical buzz from smoking hemp are worse than your chance of winning big in a lottery, because the species simply doesn’t produce cannabinoids like THC in a high enough quantity to produce that kind of effect. Hemp, on the other hand, tends to focus its energy on producing CBD, but even that cannabinoid is typically found in small quantities within hemp.

For this reason, there has been a rise in high CBC cannabis strains as of late, because the need for something that is smokable and effective is real, and it is not something that is easily fulfilled by sticking to hemp. So if you’re a recreational consumer looking to get high, or a medical user in need of some relief, the chances of you achieving the results that you seek are low if you’re smoking hemp flower instead of cannabis.

Hemp flower is an incredible all-natural material that can be useful for quite literally hundreds of different things, but in most situations, smoking it isn’t generally the ideal choice. If you do want to support the hemp industry, and you’re interested in using as much of it as possible, then oils, clothing materials, hemp seed food are excellent places to start, but smoking it might not be the best idea. 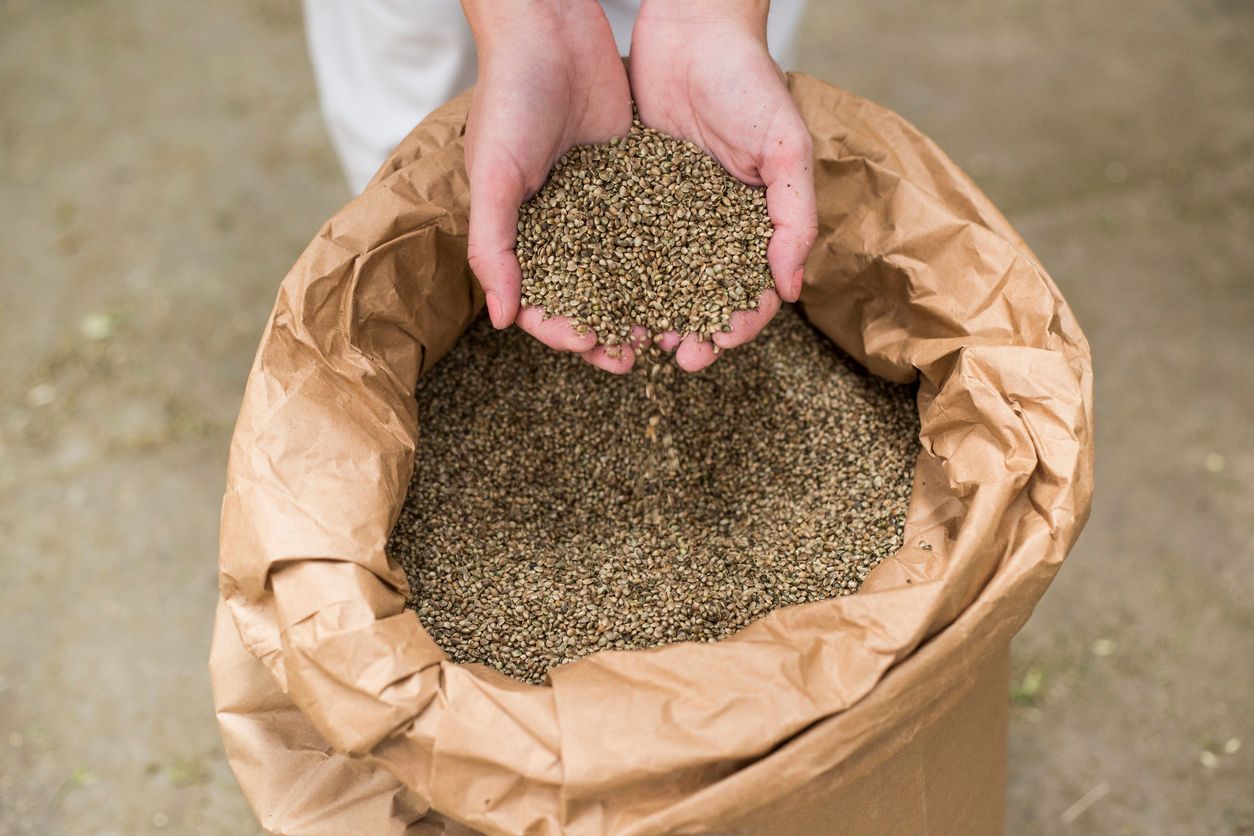