Smoking devices and other options that offer the smoothest hits

The inhalation of cannabis smoke can be an exotic and enjoyable experience, but it can also wreak havoc on the lungs and throat if it's not done right. There are literally thousands of devices on the market right now that are meant to be used for smoking weed, but only a select few offer an experience that includes comfort and luxury, and we’re here to let you know which ones those are. The reasons behind the higher quality experiences are all slightly different, but the results are the same, exceptionally smooth hits.

If you ask any cannabis lover which device offers the best experience, then chances are pretty good that they’ll steer you in the direction of water bongs. These fantastic tools work so well due to the presence of a water chamber, which holds liquid that will cool the smoke as it travels through it, right before it’s delivered directly to the user through the mouthpiece.

Bongs work from the power of your lungs, as each inhalation drives the burning and smoke in the appropriate places, which offers the added bonus of a slow haul that will leave the smoke lingering in the cooling chamber, as the bud gently smolders. This effect can also easily be amplified if you purchase a model that is either compatible with or designed for ice cubes to be added, which keeps the water and, in turn, the smoke, super cool.

2. Rolling papers made with all-natural ingredients

Some of the most commonly used rolling papers are from big brands like Zig Zag, or Players, who use a combination of adhesives and paper pulp in their recipes, and the harshness that you taste is thanks to these ingredients. Though some go so far as to offer rice versions, they still have the same adverse effect when they are used for smoking weed. However, they come with a harsher hit that isn’t always too enjoyable.

Luckily, that doesn’t have to be the case, and if you’re a joint smoker who is willing to spare the extra expense, then you might want to look into more natural options that won’t alter the flavor, or result in such a throat scratching hit. Two of the most popular options on the market right now that avoid those adverse effects include hemp rolling papers and jungle blunts, both of which consist of natural plant materials that are nearly tasteless, and not as harsh on the lungs when you use them for smoking weed.

Bongs are a great first choice if you’re looking for a short term solution to harsh hits, but not all of these devices function equally, and some can be even harder on the lungs than smoking a regular joint in a normal paper, so it is important to know how to distinguish the difference between them. The good vaporizers offer a smoother hit because they don’t actually burn the plant materials, which means that things like chlorophyll are typically left behind in the bowl or removed in the process of making vape juice.

Vape pens that use liquids to deliver a potent hit of cannabinoids are often the best and most affordable choice for anyone who wants to avoid harsh effects. They are compact and offer short watered-down hits that are vapor rather than smoke, so it is much easier on the lungs. However, larger herb vaporizers meant to create large clouds of smoke might have the opposite effect, leaving you coughing.

The only big vaporizers that seem to consistently and reliably offer tokes that won’t make you lose a lung are those that are designed with the Volcano in mind. They fill a small balloon with smoke, which removes it completely from the heated device, and this, along with a carefully controlled inhalation, can be the ultimate cooling solution if you’ve been coughing from smoking weed.

Joint filters come in all different shapes, sizes, and materials to serve a variety of unique tastes, but they all serve the same purpose, and it’s to put a barrier between your lips and the burning funnel of cannabis that you are inhaling. Now, in some cases, consumers use them to filter the smoke which is meant to reduce the resin and other toxins that might be entering your lungs along with each hit, but they are also just as, and in some cases, more effective at cooling your hits, and they’re affordable.

Some joint filters are made of wood or bamboo, while other makers chose to utilize the freezable aspect of certain materials like glass or glycerin to offer an even colder cloud of smoke in a reusable form. The more functional they are, the more expensive they can be, but this investment is definitely well worth it if you’re struggling with coughing after hitting bongs or smoking joints. Whether or not they freeze, they will still offer a colder material for the smoke to travel through, which will result in a much more enjoyable hit, every single time.

Water pipes work in very much the same way as water bongs, only on a much smaller scale, so they are very rarely compatible with ice cubes. However, there are a few designers who have incorporated additions such as glycerin, a chemical that can reach freezing temperatures without ever turning into a solid, which means that it won’t expand and break the device.

Most water pipes can’t be frozen for that exact reason, as glass, wood, and even metal will not expand in a way that won’t permanently damage the device, but you can put ice cold water in them to bring your next experience towards the next level of luxury with a supercooled hit. No matter which one you choose, you will need to handle and clean them with care, which isn’t ideal if you’re always on the go, but they are perfect for the stoner who wants a higher kind of experience when they’re smoking weed in the comfort of their own home. 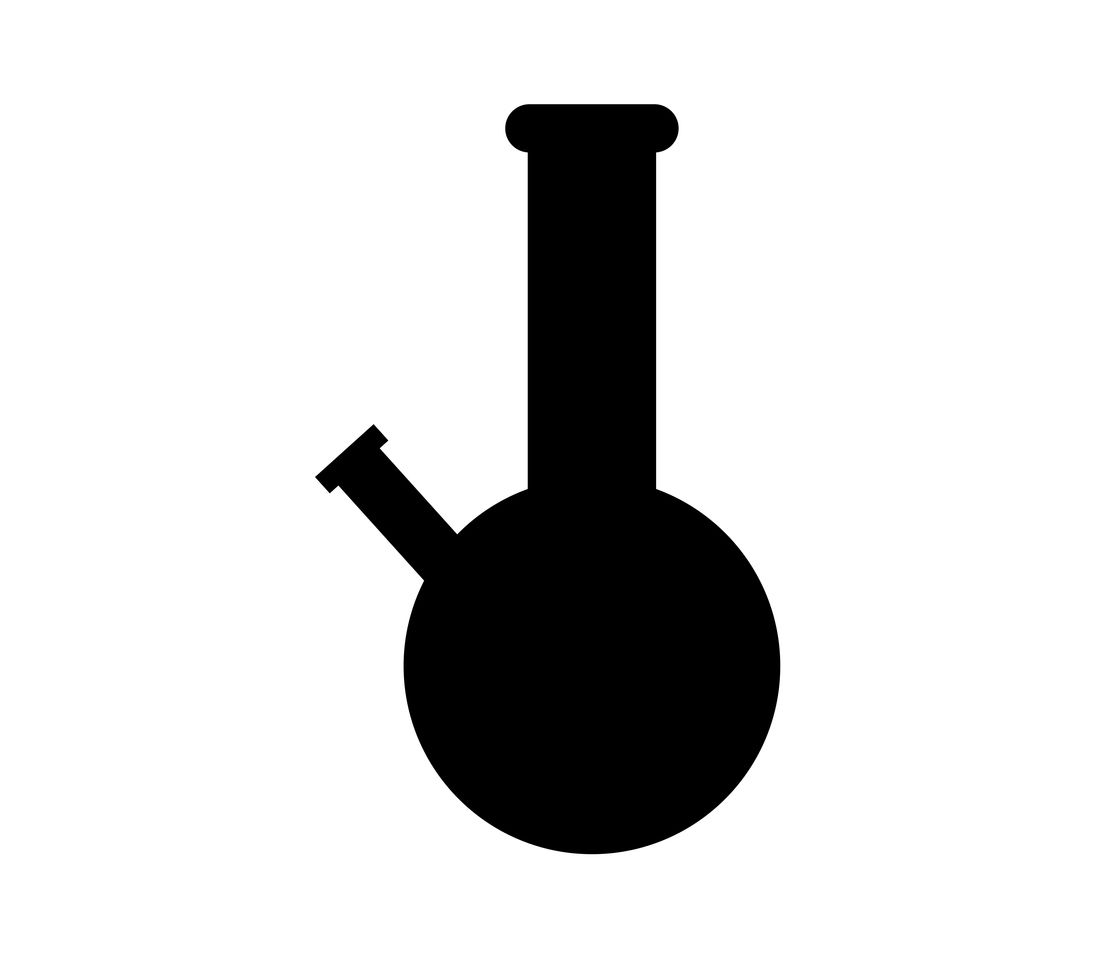 Everything you need to know about silicone bongs and pipes

A silicone bong or pipe is no different than designs that are made using other, more traditional materials like glass. ...