In a world with a bustling cannabis industry, it might seem like we are making leaps and bounds towards a general acceptance of its use, but the marred past of the plant is still haunting consumers. Many of whom still have a fear and anxiety when faced with the idea of those closest to them finding out that they enjoy a joint here and there. Despite the cry for awareness, many still believe the highly sensationalized propaganda of their youth, which is why now, more than ever, the world needs to know the truth.

Legalization in Canada has been in place for more than a year, and yet still, there are very few portrayals of cannabis consumption in any kind of positive light. Top that off with the latest ‘hot off the press’ and still widely believed lies spread by features like ‘The Toker’, a taxpayer-funded anti-pot campaign that seems to imply that cannabis consumers are incapable of anything really and always have a recipe for disaster.

Though there are quite literally thousands of new studies released each year, those ever-important documents don’t tend to go viral, leaving the most ridiculous and often most factually incorrect to be spread like wildfire among an unsuspecting population. Since most companies in Canada can’t legally create commercials to advertise products, we aren’t seeing a whole lot for positivity, but MedMen and Spike Jonze set out to change all that.

The 30-second short film called ‘The New Normal’ starts out with a scene that features George Washington beaming on a hemp farm while looking at a fresh hemp leaf that he’s holding up towards the sky. As the cameras inch closer, you’ll hear the narrator sharing a fun fact about our founding fathers, who all actively grew hemp and owned massive farms capable of processing it for a variety of purposes. Around him, you see farm workers stacking tall stalks of hemp to dry, and though it isn’t quite the real thing, it factually portrays the truth of our past.

After the warm fuzzy introduction, which is intended to draw in your attention as you gear up for some more positivity when it shifts towards a darker truth, the scene changes from a breathtaking hemp farm to some big city streets where officers are arresting people for cannabis-related offenses. Though it certainly seems like a huge shift in perspective, it highlights the struggles of minorities and consumers over the last several decades of prohibition that saw thousands of cannabis consumers incarcerated or fined. A move that began with the promise of lowering crime and ended by rising them instead.

Cut to one minute in and you will find yourself taking in an old school movie set, a mock-up of the old school propaganda called ‘Reefer Madness’, a campaign that is widely believed to be responsible for the majority of the misinformation that still lingers today. It’s enough to bring you out of the dark moments and into the light with a smile, as you laugh at the ridiculousness of it all.

The remainder of the commercial is dedicated to highlighting some of the most powerful medicinal benefits of cannabis for health and wellness. How a drug that once creates fear and panic can now be enjoyed without fear of persecution, and finally, all of the wonderful things that such a brand new industry has done for cannabis enthusiasts. Things like curing pain and anxiety, and introduction to an exciting influx of cannabis jobs and businesses that are contributing to the local economy.

Why would Medmen and Spike Jonze do this if they can’t profit from it?

The creators of MedMen and Spike Jonze have long advocated for legalization, and the duo had decided it was time to truly celebrate the future that most cannabis consumers hope to see become a reality. The New Normal is a moving commercial that has gone viral by a widely accepting audience that is excited to see such an abnormal and real perspective so beautifully put into a film. 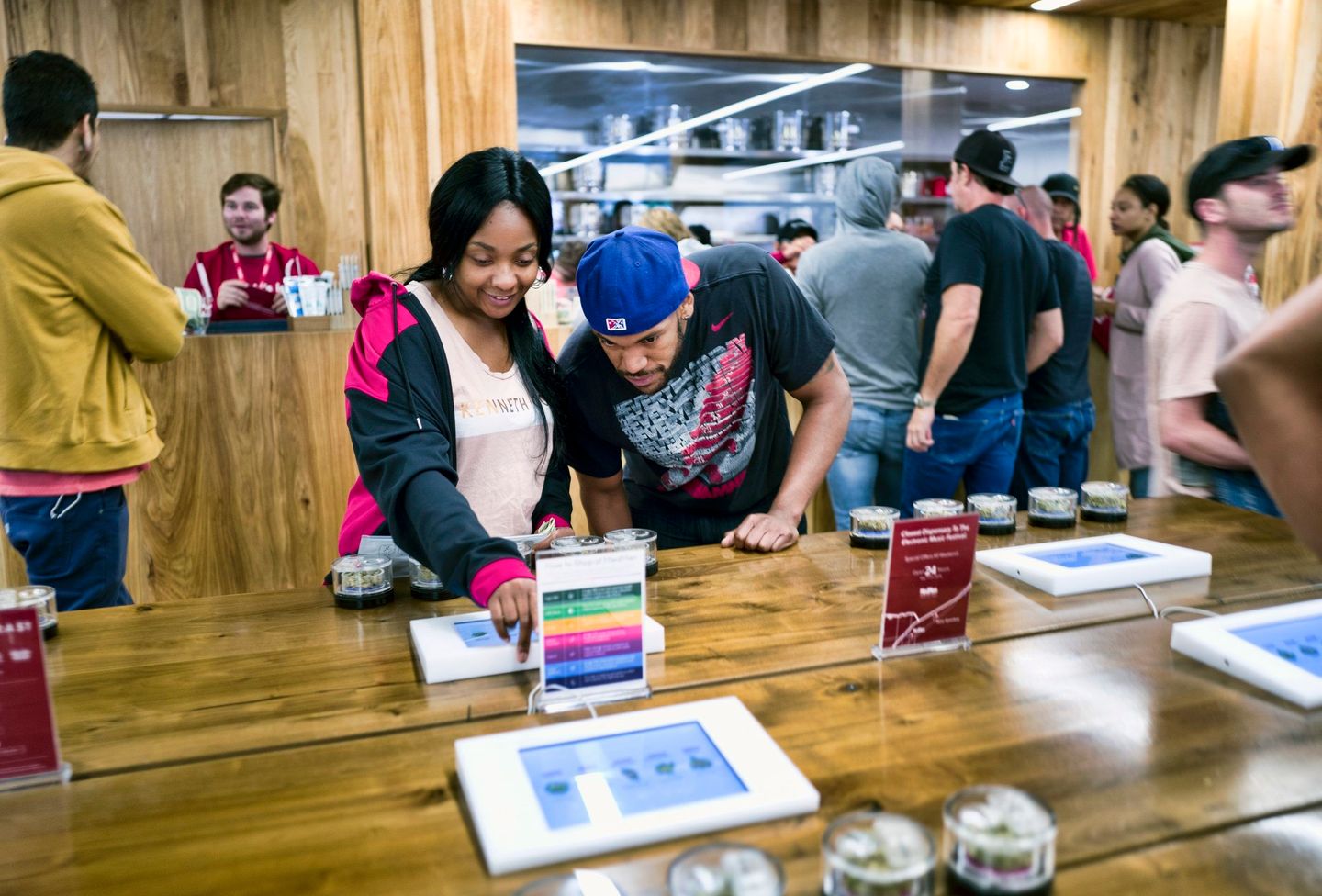 Marijuana stocks have come down hard from their highs a year ago, and the skid isn’t just spooking investors....