Less is sometimes more when it comes to weed

We've all heard the age-old saying less is more but does it relate to cannabis at all, and if it does, then why is that the case? One of the biggest struggles that many consumers face is how much to use. There isn't exactly a perfect guideline to go by, and depending on who you ask, you'll get a host of different answers.

Now, we don't necessarily advocate for any specific amount of consumption, as we know that every person's situation is unique, so there is no way to generalize all cannabis connoisseurs' needs. Still, in many cases, less can be a lot more, depending on how you use and look at it. Here, we're going to tell you why that is, in hopes of helping you to figure out if a lower amount might be right for you.

When you smoke less, you can…

There are so many things that become more manageable when you're using less cannabis, like:

1. Maintaining control over your state of mind

Suppose you're smoking crazy amounts of weed. In that case, its effects can overlap other parts of your life and make it impossible for you to do certain things safely, such as driving or operating heavy machinery. Simple household chores might be getting pushed off due to a sheer lack of motivation, and it leaves you in a vulnerable position that isn't ideal for some situations. Toking sparingly will leave you alert and ready to go most of the time, which many consumers truly need.

Cannabis can be grown for free, but if you aren't lucky enough to have a green thumb or a place to do it, then you're going to be stuck like most, paying exorbitant prices for products that will just go up in smoke. This can add up quickly, stealing away precious savings and other luxuries, but that can be avoided if you're using it less frequently. For full-time consumers, cutting their use in half could add up to hundreds of dollars saved each month, and who doesn't love to keep their hard-earned cash?

The elements produced by cannabis can be a blessing, but they can also cause a host of adverse effects, especially if they're taken in large quantities. Cannabis addiction, though nowhere near as dangerous or damaging as other substances, is a real thing that can result in an uncomfortable time when you suddenly run out or just don't want to use it for some reason. However, infrequent use will significantly reduce your chance of becoming dependant on pot, and that's a good thing.

Over time, cannabis consumers will build up a tolerance to cannabinoids, as we do with exposure to many other substances. The problem with this is that eventually, it makes it so that we need a lot more to achieve the same experience. People who use cannabis less often tend to benefit from a much stronger buzz, and though they do also build a tolerance, it will rise at a much slower rate than their high dosing counterparts.

5. Garnering some of the benefits without the high

Usually, when we talk about using cannabis less, people assume that we're talking about frequency. But that's not always the case, as it is entirely possible to consume cannabinoids throughout the day without ever feeling stereotypically high. That's right, you could get most of the same benefits of weed, like a relaxed state of mind, improved appetite, and an overall sense of relaxation without the intoxication, but that only happens when you take less.

Why not everyone can benefit from this philosophy

Depending on how you use it, too much cannabis can also be problematic for lung health, but it is essential to recognize that less is not always less. Though it certainly comes with a host of perks that are impossible to deny for the average person, medical consumers and those who use the effects of cannabis to manage other symptoms might not be able to manage as well with lower doses, and that's ok. Moderation will always be key, but what's most important is that you're getting what you need out of the cannabis experience. 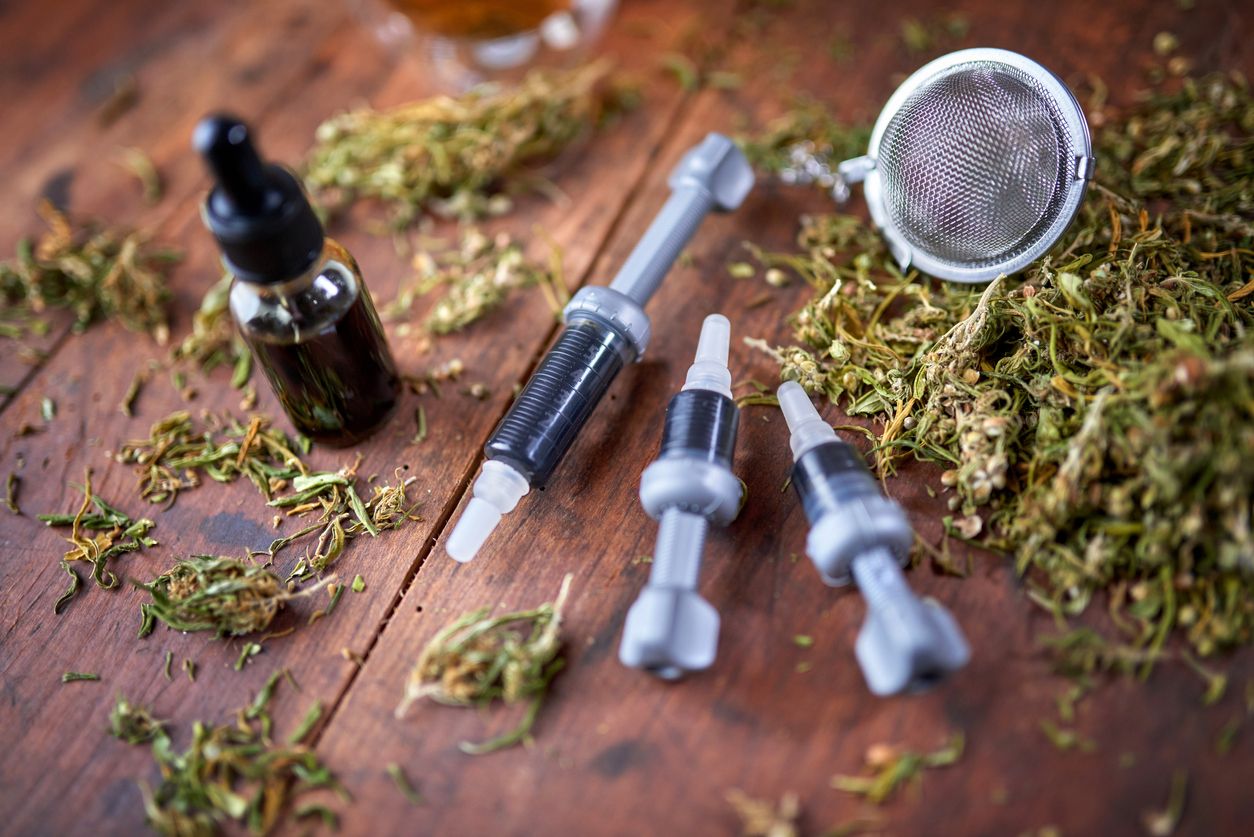 Why you should consider microdosing if you're working from home

Shining a bit of light on this highly misunderstood practice and what it has to offer....