Is cannabis a safe alternative to cold medication?

Smoking a joint or enjoying edibles are just a couple of ways that cannabis has long been used to soften the harsh blow that a cold can bring on, but with so many new information coming to light, many are wondering if it’s truly helping, or if it’s just a placebo effect that leaves consumers feeling better while they’re high. The truth, it seems, is much more complicated and in need of further research to decode.

Cannabis is sold as a cure-all for pretty much every symptom and condition that you could ever imagine, and that includes the common cold. It is believed that the stimulation caused by a sudden rush of cannabinoids helps to boost the immune system, but we have yet to uncover much for data to prove that theory. Instead, we like to focus more on what we do know, which is the fact that some strains of weed can offer a host of benefits for a sick person.

Unless you’re taking an antibiotic or anti-inflammatory that’s been prescribed by a doctor, chances are pretty good that anything you can find over the counter will be doing little more than temporarily soothing the symptoms you’re experiencing. The human body is an amazing thing, that does most of the work in silence, and its response is what induces the reactions that we find to be so uncomfortable.

Things like fevers and mucus buildup are the body’s natural responses to a foreign entity, be it a bacterial or viral infection. It reacts in this way for good reason, with mucus to protect the most sensitive, inner linings of the respiratory system and fever to cookout anything that doesn’t belong. Most of this feels terrible, but it happens for a good reason, as the last defense against illness, so it’s not a process that you want to interrupt unless it’s absolutely necessary.

Over the counter medicines will instantly take down a burning hot fever, but then you are still stuck with the virus that it was attempting to fight. Some experts believe that this can actually make an illness last longer, even if you are able to obtain relief for short periods of time. Cannabis, on the other hand, will not interrupt a fever, instead, it will help you to stay comfortable and to get a better night's rest as you heal and wait it out.

A lot of seasoned cannabis connoisseurs complain that it’s difficult to smoke weed in its raw form with a cold, and if you’re congested or have a sore throat, adding coughing to the mix certainly isn’t going to help you physically. The effects also last longer, and that’s why it’s most recommended to use alternatives such as edibles, oil or distillate, that can be taken orally without this unfortunate side effect.

Can you get a medical marijuana card for a cold?

If you live in a region that only allows the use of medical cannabis, then you might be out of luck, because in most places, a longstanding illness is required to receive a medical marijuana card. This is mainly due to a lack of research on the subject, which leaves doctors reliant on the manufactured medicines that they have an extensive history with, as they know exactly what to expect when they are used.

The best weed strains to take when you have a cold

If you have a cold and access to a recreational cannabis dispensary, then you might want to check out these amazing strains that are known for relaxing, soothing, and providing relief overall when it’s needed the most. Whether you’ve got a headache, migraine, sore throat, nausea, or you’re unable to sleep, this list should help you to get some much-needed therapeutic release. 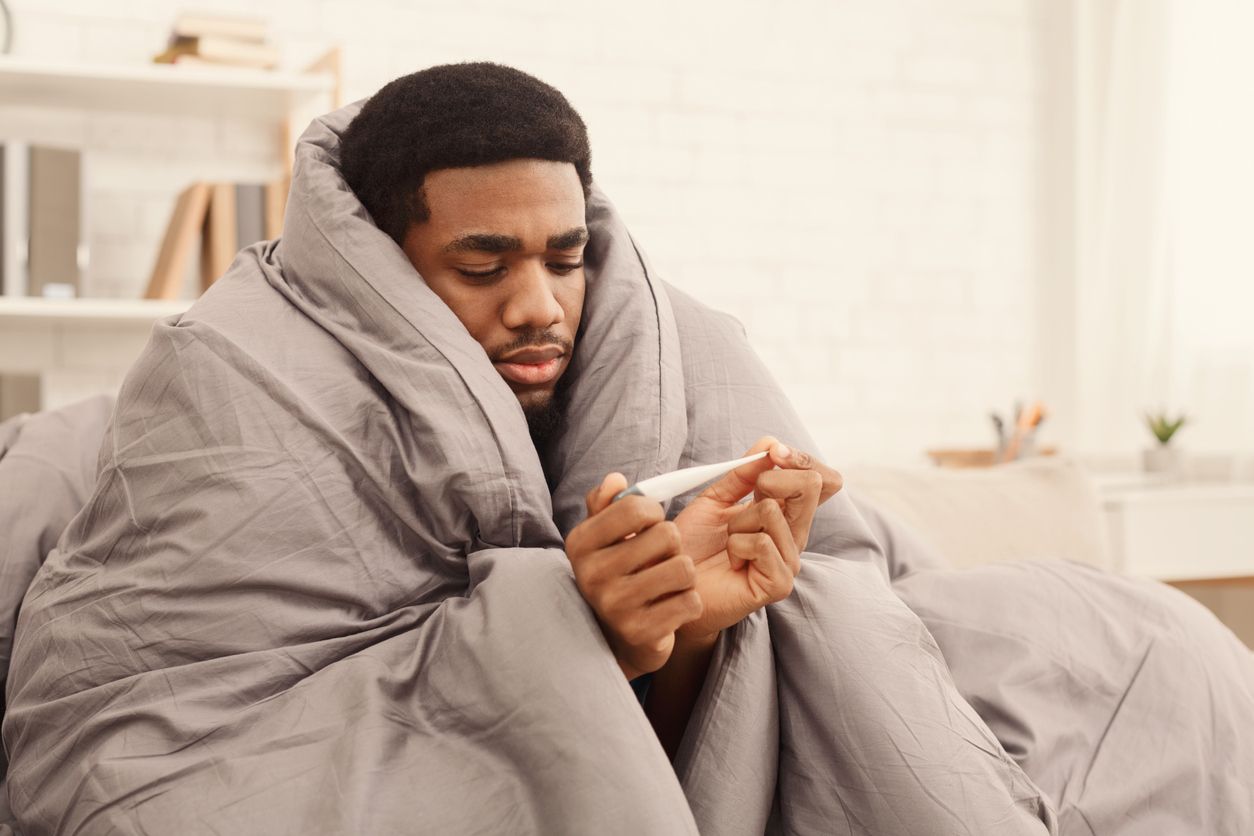 The best weed strains to use when you have the flu

for a successful treatment, you will need to choose weed strains that can counteract the symptoms that you are currently experiencing....