How to roll a Sherlock joint

If you are a fan of the old Sherlock Holmes movies, then you’ll probably fondly remember the smoking pipe that the detective always seemed to have on hand, and that’s the image that this joint roll is looking to create. For those who aren’t familiar, Sherlock Holmes was famously portrayed with a long old-school tobacco pipe that completed his look and helped him to think.

Though most of us love the look of an older tobacco pipe, in this fast-paced world they simply aren't very effective long term tools for cannabis smokers, mainly due to their long and narrow chambers that are almost impossible to clean, but even though we don’t have the time or patience to care for such a device properly, that doesn’t mean that we can’t enjoy something similar.

How to roll a joint that looks like a tobacco pipe

Whether you want to mirror the familiar image of the tobacco smoking detective because you think it’d be fun, or you just want to try out a cool cannabis roll that is different, then this DIY project is perfect for you. It’s relatively easy and can be completed with more than one type of paper, but if you want a real legitimate pipe look, then you might want to spring for the blunt wraps, as the deep brown is nearly mistakable for wood.

If you have sealed up any holes and followed these steps precisely, then you will have a beautiful pipe shape that might remind you of the Sherlock Holmes movies. It’s now ready to spark up and enjoy either by yourself or with a bunch of your friends, and that’s as easy as lighting all of the green bits of weed that are exposed in the “bowl” portion of the pipe and taking a long haul of the smokey goodness. 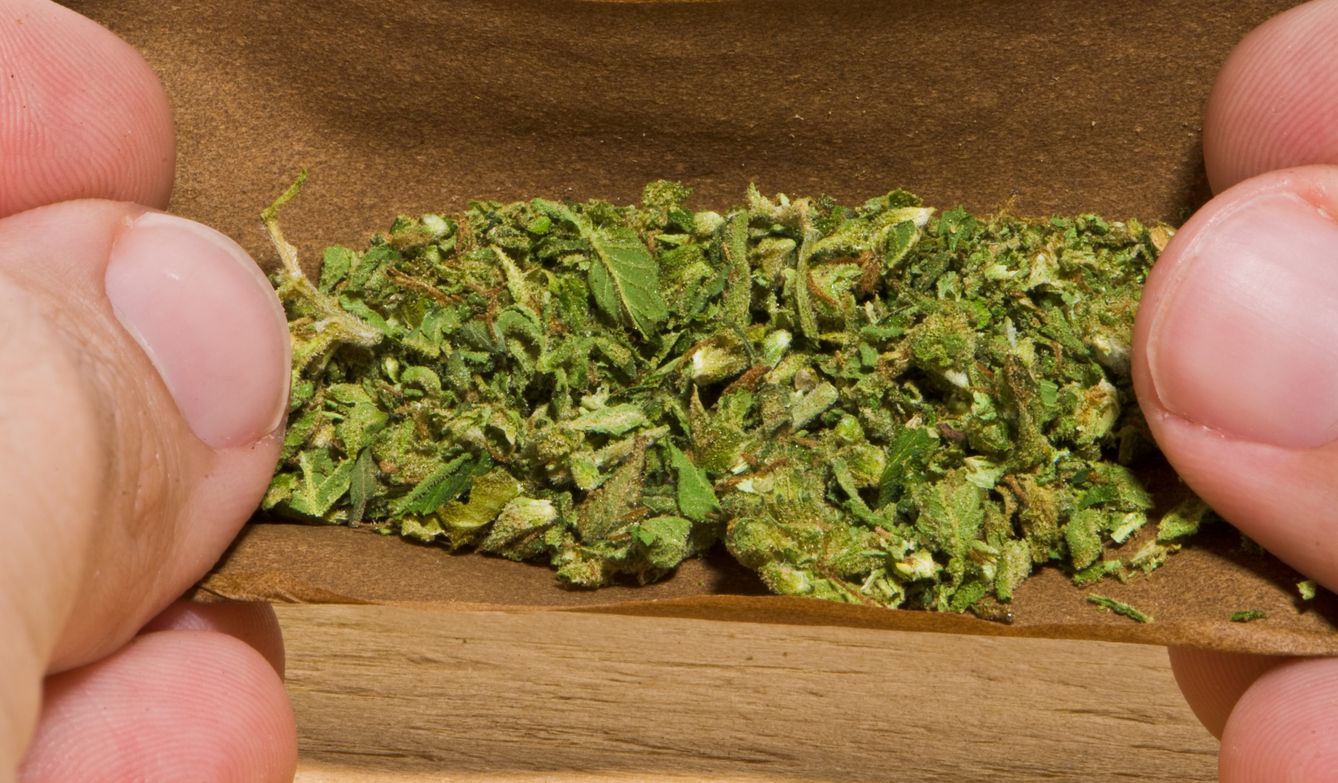